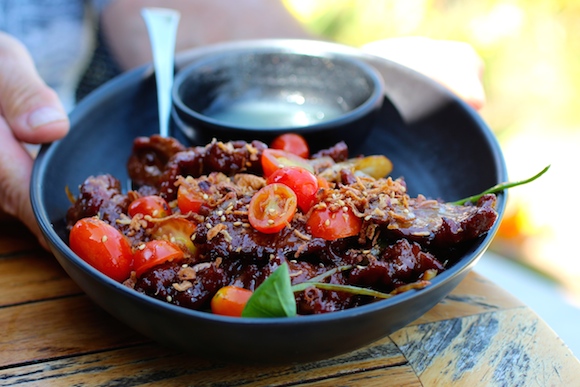 In 1908, a chemistry professor at Tokyo Imperial University was intrigued by the complex flavor and deliciousness of dashi, a simple Japanese soup base made from seaweed. Upon investigation, Dr. Kikunae Ikeda was able to isolate the principal flavor ingredient of kombu (the kelp used to make dashi). Using classical chemistry procedures he identified this substance as glutamic acid, with the molecular formula C5H9NO4.

Glutamic acid is a type of amino acid, which are the building blocks of proteins. Bound with minerals such as sodium, potassium, or magnesium, glutamic acid becomes glutamate, a salt. It is the salt form of glutamic acid that elicits the taste. Ikeda named that savory taste “umami,” a word from the Japanese adjective for delicious.

Following Ikeda’s glutamate discovery other foods were determined to be sources of umami.  In 1913 the nucleotide inosinate was identified in bonito flakes (dried fermented skipjack tuna) and in 1960 the nucleotide guanylate was identified in dried shiitake (mushroom) stock. Nucleotides are the basic building blocks of DNA and RNA. Inosinate is found in meat and fish, while guanylate is more abundant in plant foods, particularly mushrooms. The combination of glutamate plus inosinate and/or guanylate produces a synergistic flavor effect, where the result is even more pronounced than in the individual components.

While it was first recognized in Japan, umami is a universal taste. Notice this “flavor-burst” in the various cuisines around the world. Italian lasagna, for example, is made with tomato sauce (glutamate) and meat (inosinate) and cheese (glutamate). Korean kimchi is bursting with umami where napa cabbage (glutamate) flavor is enhanced with fermented shrimp (inosinate). Even an American bacon cheeseburger is a fine example of umami synergy with beef (inosinate), cheese (glutamate), bacon (inosinate), ketchup (glutamate). 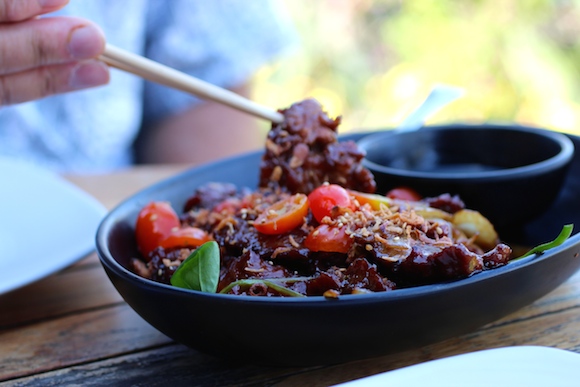 Looking for a local restaurant in SoCal where umami is king? Head over to Terranea Resort in Rancho Palos Verdes and give Bashi a try. The Bashi menu offers a contemporary blend of Asian flavors chock-full of umami-rich ingredients such as fermented black beans, Chinese sausage, Vietnamese nuoc cham (fish sauce dressing), wakame (seaweed), shiitake and more.

Chef Bruce Nguyen is a master at letting the natural flavors define the dish.

“I believe that umami is an essential part in the flavor profile that I aim for when coming up with dishes for the menu,” Nguyen said. “While most people do not understand what umami is or even know of its existence, umami is present in everyday foods that we all enjoy.”

“The shaking beef is a signature dish that has been on the menu at Bashi since the restaurant opened,” Nguyen said. “Umami is highly present in this dish, from the soy sauce to the deep rich flavored oyster sauce which is enhanced with the tart lime sauce.” The hydro watercress offers a nice peppery contrast to the silky beef. 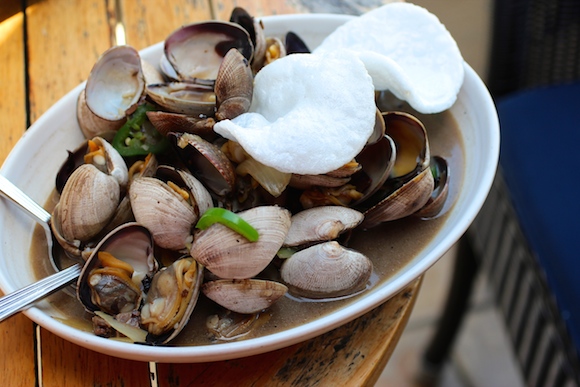 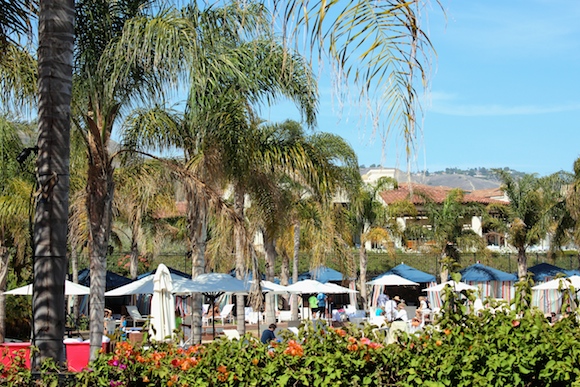 It’s hard to beat a casual al fresco meal on the patio at Bashi, overlooking the pool and blue Pacific, especially when that meal is intensified by incredible mouth-watering umami-rich flavors. 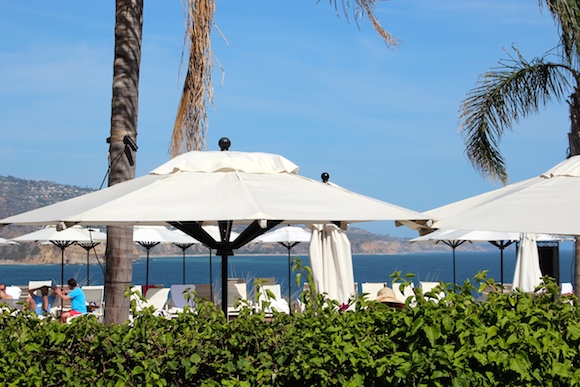