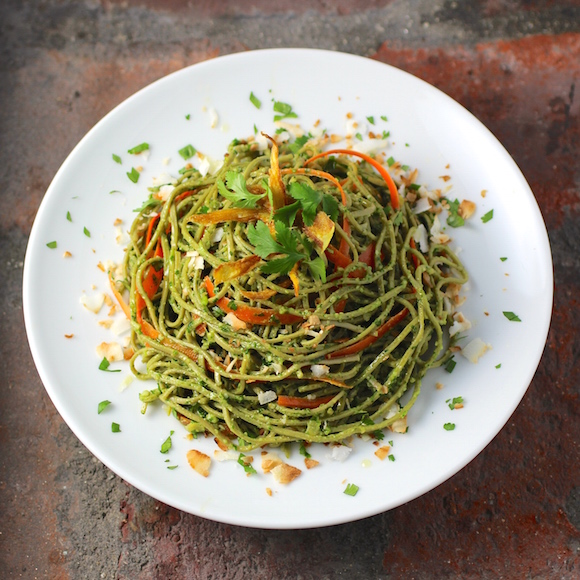 The nutritional facts are hard to believe, until one realizes that this spaghetti really isn’t pasta at all, but soybeans masquerading as noodles. And as it turns out, beans make a super substitute for wheat flour to make those noodles. Edamame spaghetti’s taste and aromas are mild and pleasantly vegetal in nature, and the tooth is delightfully chewy. Love the natural green color, too. 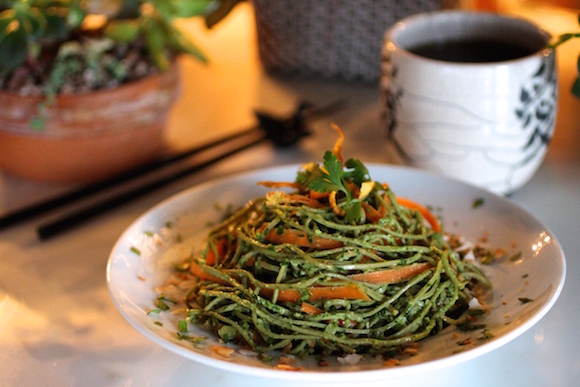 I dress the noodles with kale cilantro pesto – the kale and almonds in the pesto adding their fair share of nutrients. Inspired by edamame and its Asian roots – I add toasted coconut for a little crunch and its toasty exotic flavor and a few shards of one of my favorite garnishes – fried ginger – which brings an unexpected zing to the dish. Raw carrot ribbons add color, texture, and more nutrients. This is definitely a feel-good pasta dish – one that is organic, naturally lower in carbs, and gluten-free to boot. Win.Win.Win. 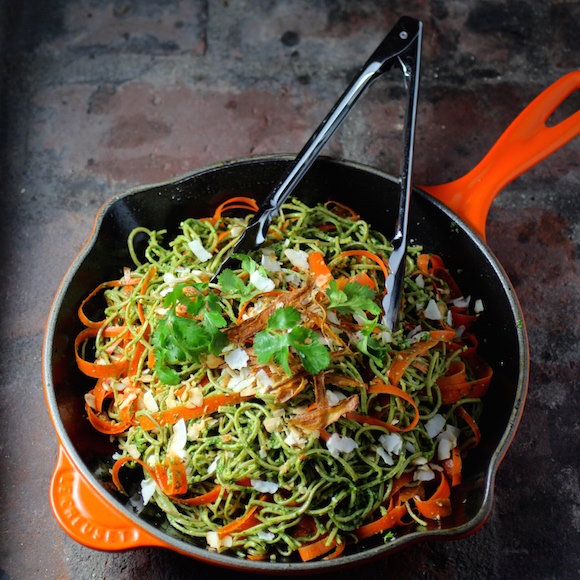 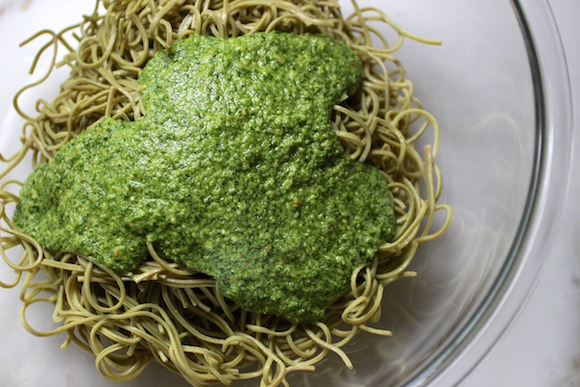 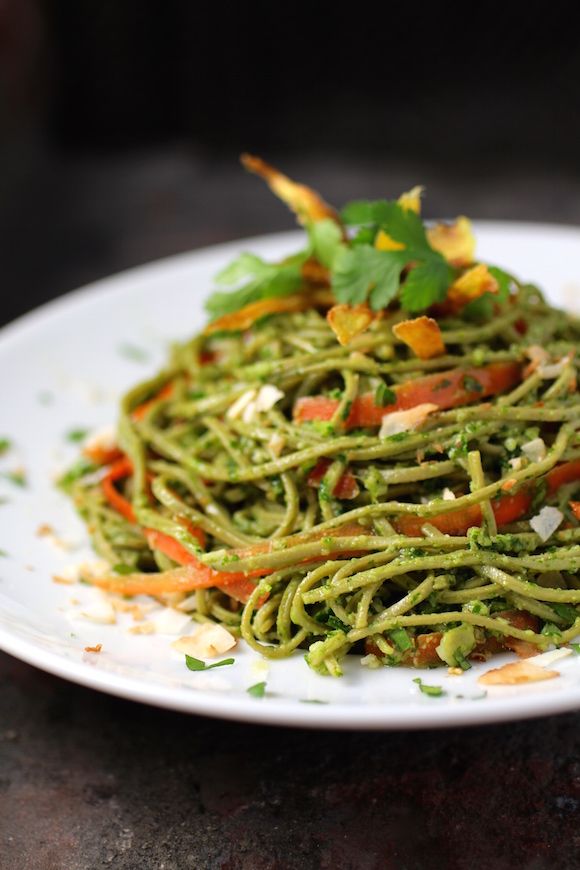 Peel ginger, then slice into thin shards with a vegetable peeler. Sauté ginger in olive oil until golden brown and crispy. Drain on paper towels. 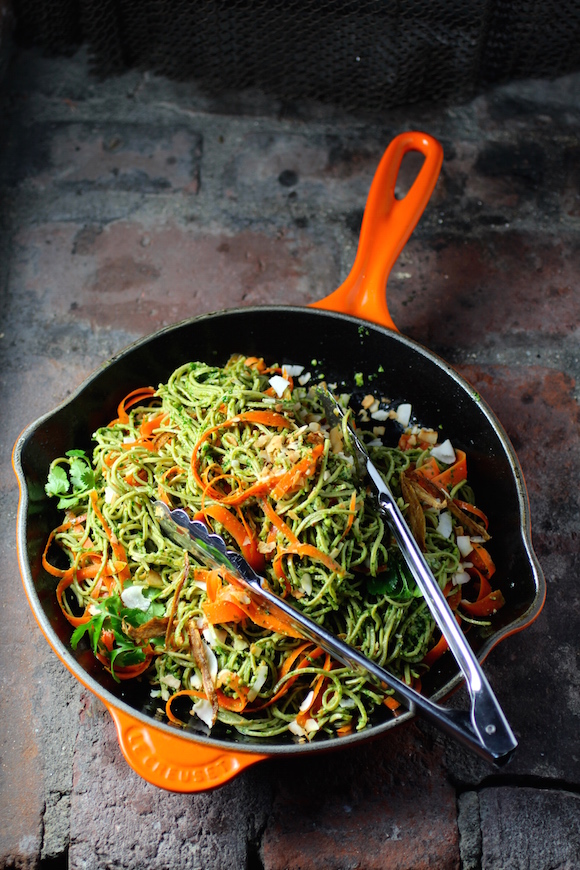 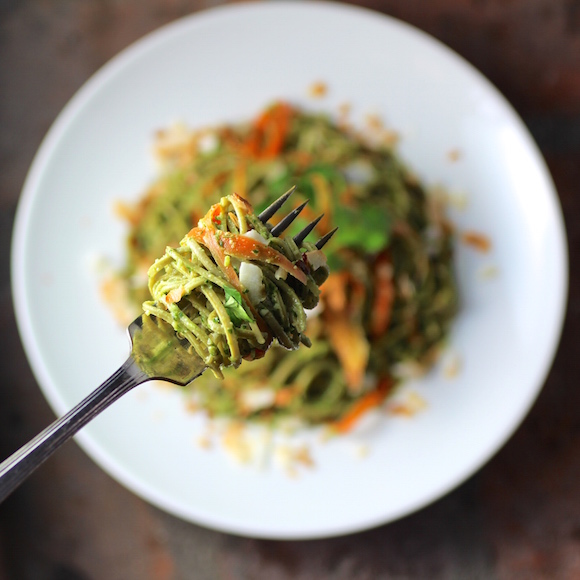 A healthy forkful of flavor! 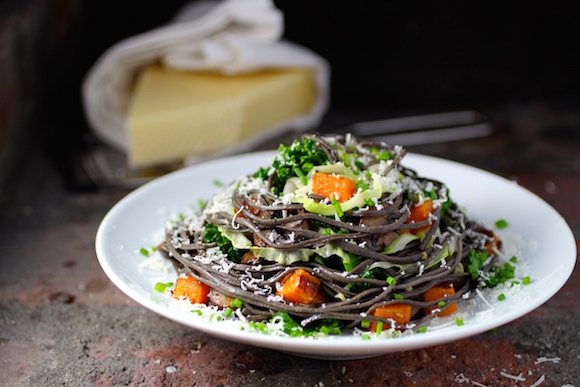 If you are intrigued by Edamame Spaghetti, you might also like black Bean Spaghetti made with 92% black beans and 8% water – read all about it and get that recipe here. 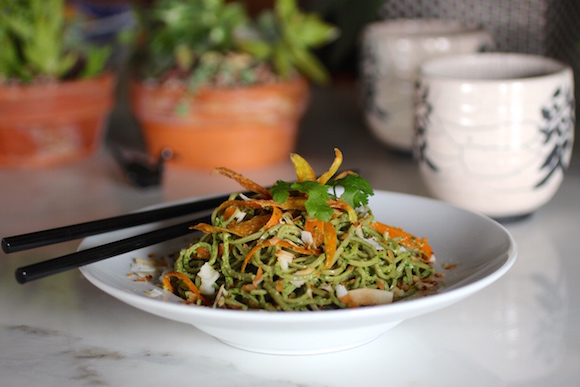