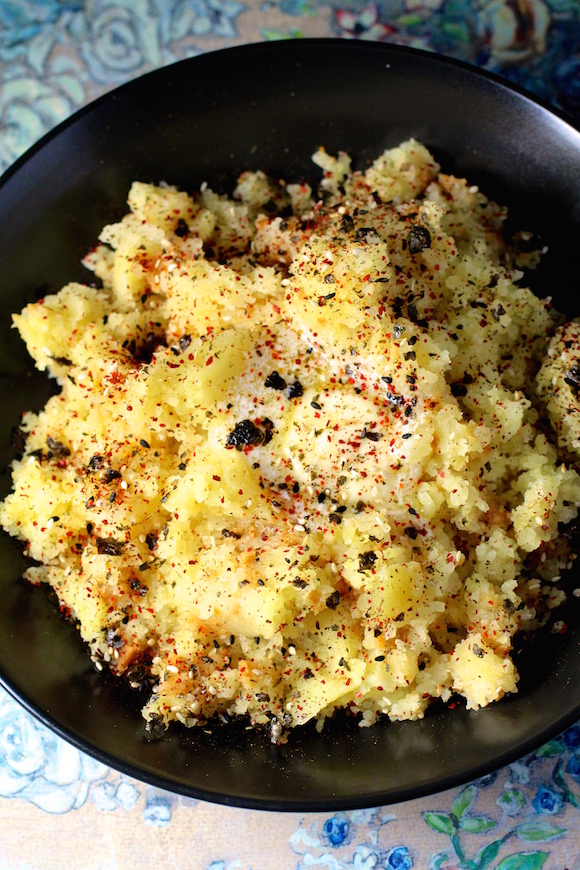 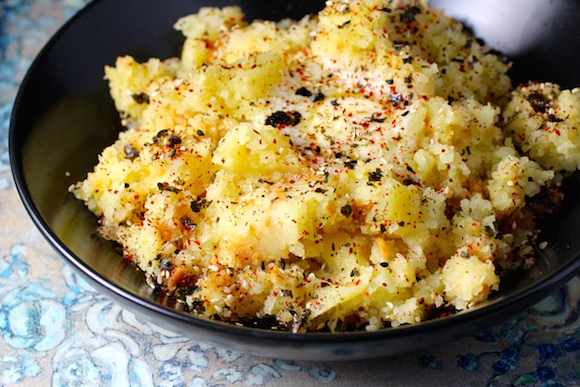 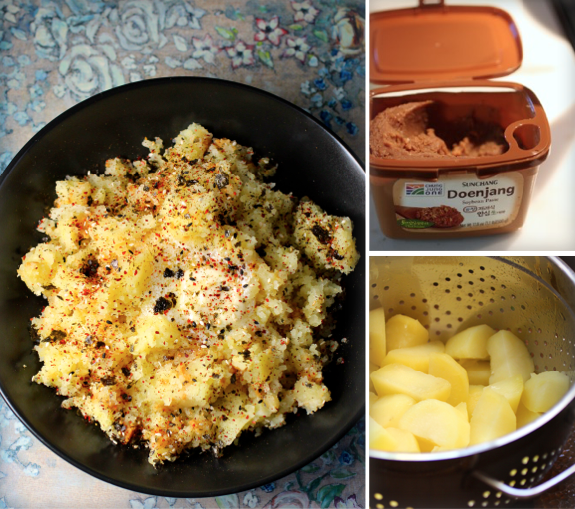 Peel and slice potatoes into a manageable size to put through a ricer. Cover with cold water and cook until potatoes are tender. Drain in a colander, letting steam escape. Fill the bowl of a ricer with potatoes and one teaspoon of doenjang. Press the potatoes through the ricer, repeating as necessary, about four times. Gently fold the riced potatoes and doenjang together. 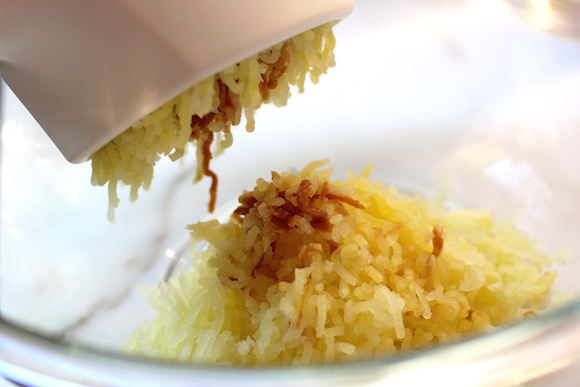 Pass a sheet of roasted seaweed over the flame of an open burner on a stovetop, quickly, so it roasts further, but does not catch fire. Tear the sheet into smaller pieces and place in the bowl of a food processor. Add sesame seeds, gochugaru, and black pepper. Pulse briefly so the seaweed is chopped into smaller bits. 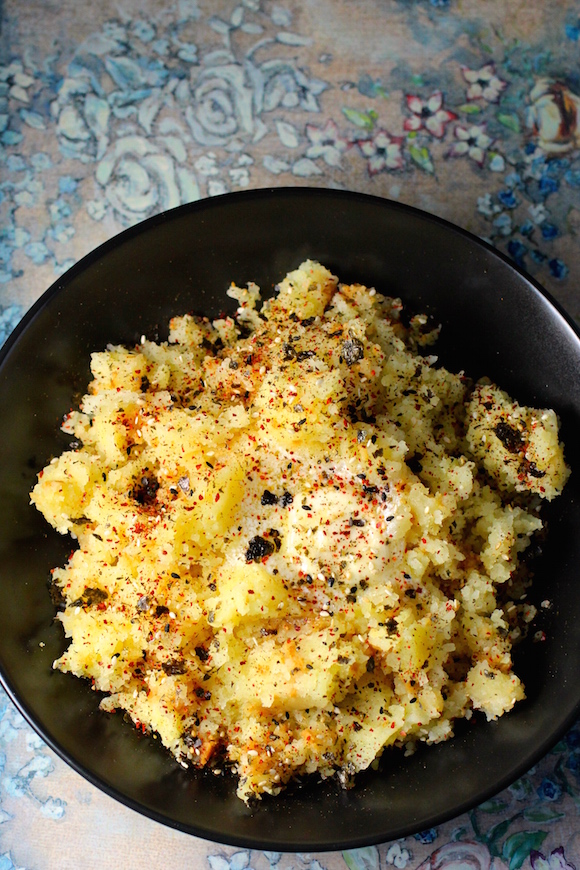 Top the potatoes with semi-melted butter (lots of it) and a sprinkling of the seaweed seasoning. Enjoy super-savory, earthy, umami-rich mashed potatoes.