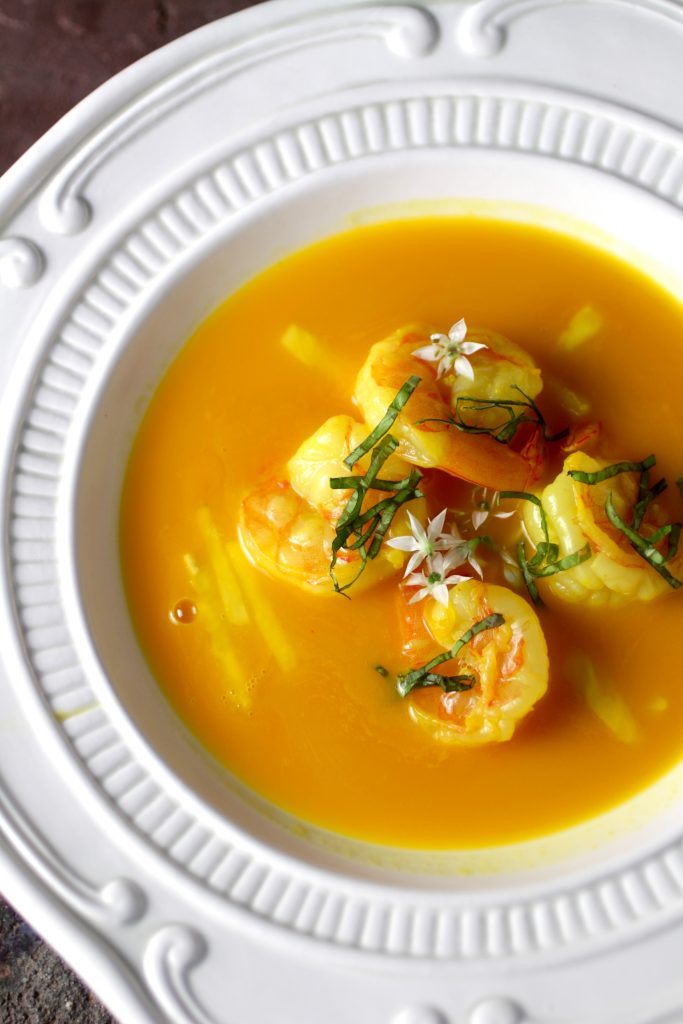 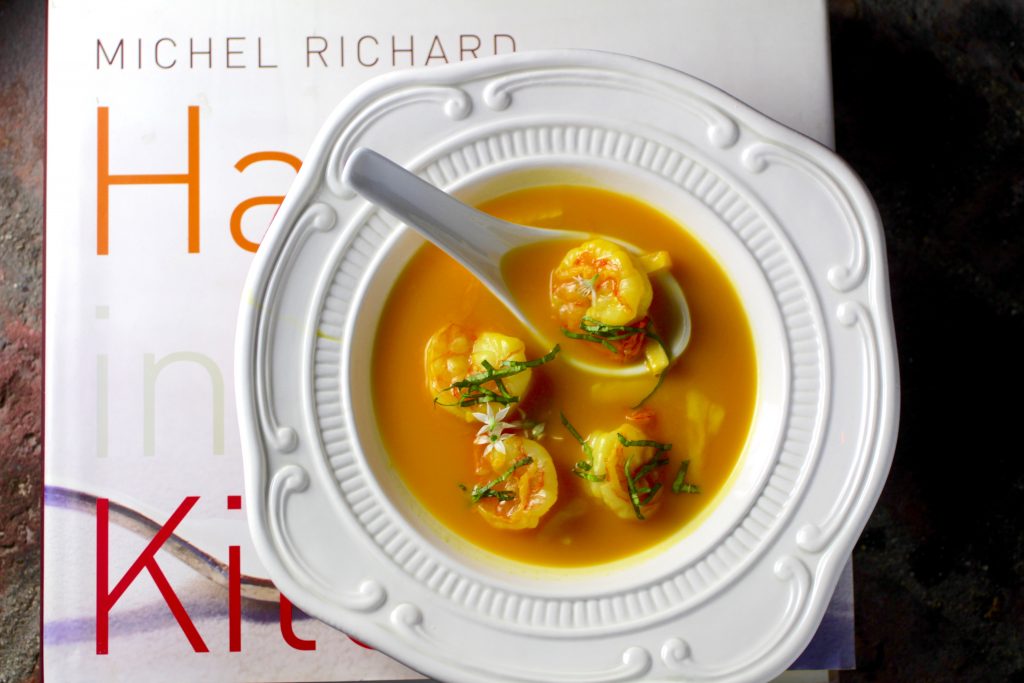 Notes from the Chef: “Kaffir lime leaves have the desired lemony floral bouquet that allows you to cut back on the lemon juice. Pineapple also adds a little tanginess and fruity bouquet. Coconut milk is a nondairy way of getting the effect of the cream…” 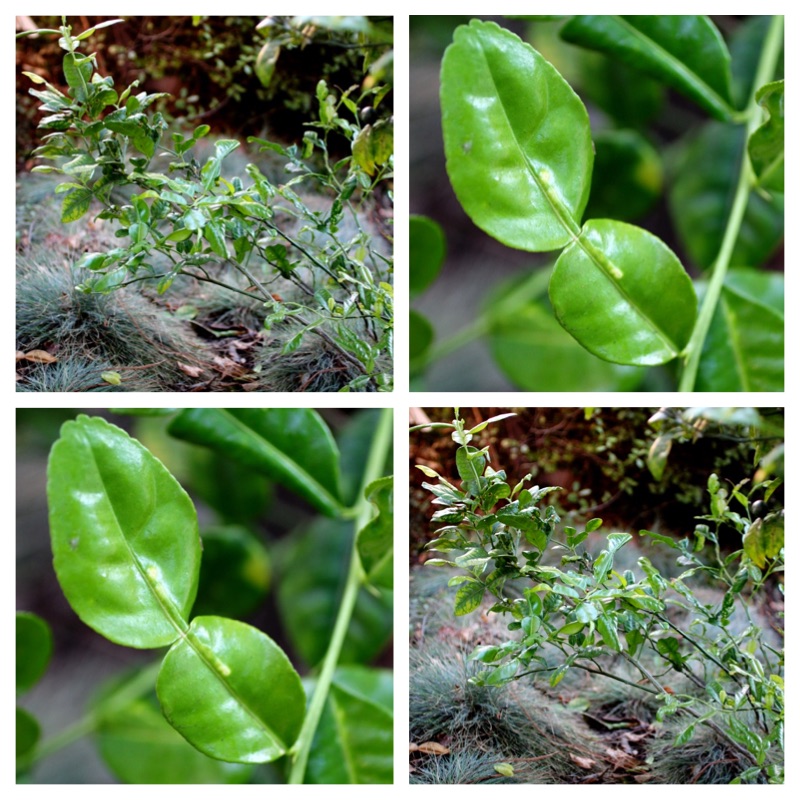 Hint: There really is no substitute for kaffir lime leaves. MR

In a soup pot combine broth, wine, shallots, coconut milk, and saffron. Bring to a boil over medium-high heat, cook for 8 minutes.

Add ginger, kaffir lime, lemongrass, and cayenne to the cooking liquid, and bring to a simmer over medium heat to extract the flavors. Season to taste with lemon juice, Tabasco, salt. Strain through a fine-mesh sieve into another pot.

Heat the strained soup over medium heat, add shrimp and cook until the shrimp are just cooked through.

Divide pineapple among 4 soup bowls. Place 4 shrimp in each bowl, and ladle hot soup over the top. Garnish with chive blossoms and basil.

Please note: Michel Richard’s original recipe is made with mussels, not shrimp. And heavens no, we were not trying to improve upon the Chef’s recipe. Alas, fresh mussels were simply not available so we improvised with shrimp and added lobster broth to stand in for the mussel liquid.

*A special note of thanks to my dearest friends Kirk and Allison helping to celebrate the legacy of Michel Richard. 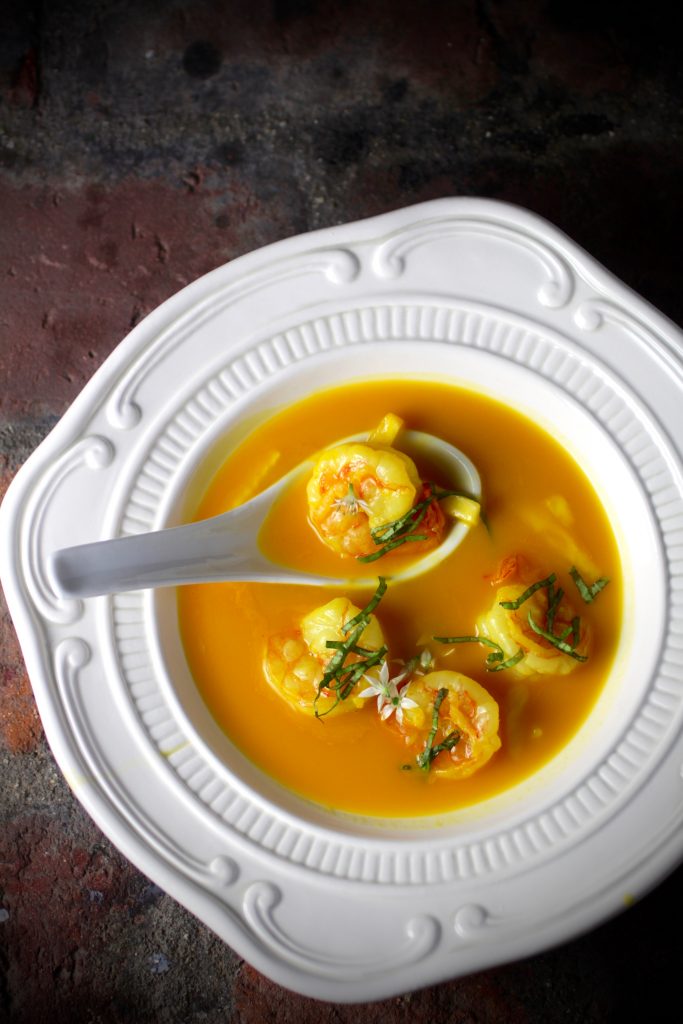 We purchase seafood caught or farmed in ways that support a healthy ocean – now and for future generations.

The Monterey Bay Aquarium Seafood Watch recommends US farmed shrimp as a best choice. A good alternative would include wild shrimp from the US and Canada plus farmed shrimp from Ecuador and Honduras. They recommend avoiding any other imported shrimp.

The Sustainable Seafood Expo will be held at the Port of Los Angeles on October 2nd from noon to 5 PM. Seafood Lovers in Southern California  – don’t miss this important event! Read more about it here. 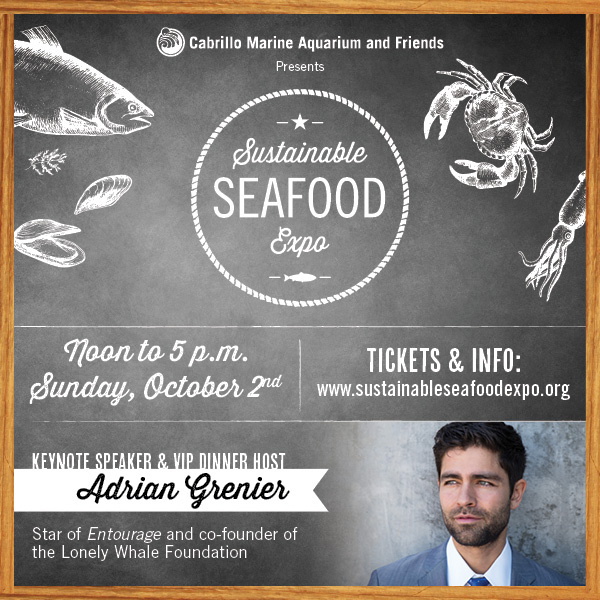 It is my honor to submit Michel Richard’s Asian Bistro Soup for this week’s Food Network collaboration.