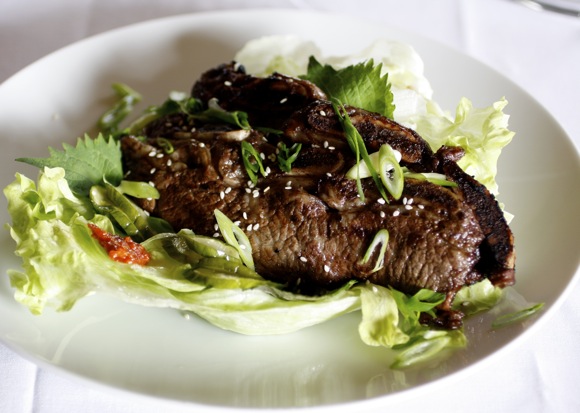 The magic of Galbi 갈비 is in the marinade. Asian pear tenderizes the meat and adds a hint of sweetness. Pear – combined with garlic, onion, and ginger, plus soy sauce, mirin, honey and sesame oil result in a full Korean flavor explosion.

This entire marinade is made in a food processor, it couldn’t be easier. The ribs are rinsed, coated, then left to marinate for eight hours. 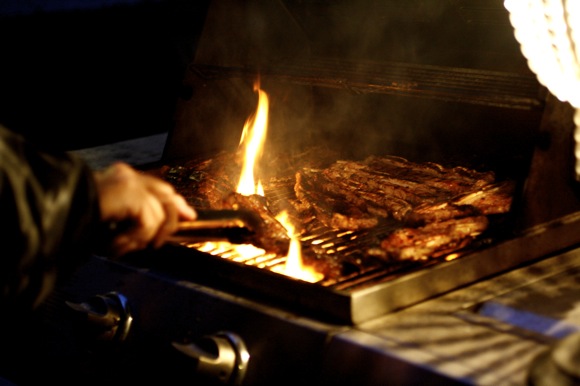 Hours of marinating result in the tender yet chewy texture. Grilling imparts a wonderful smoky note to the already complex flavors of the marinated meat while the honey and sugar caramelize into a slightly sweet glaze – making this an absolutely irresistible barbecue dish. 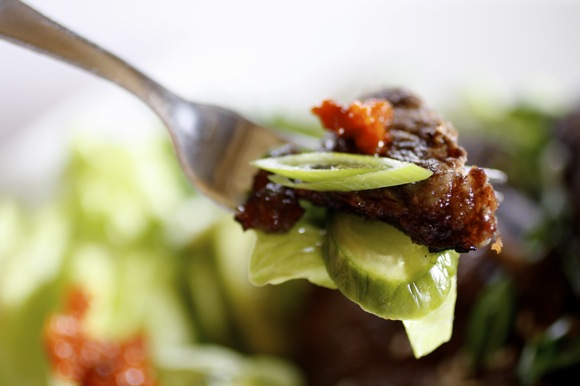 Use a knife and fork or wrap all the ingredients in a lettuce leaf for one delicious bite. 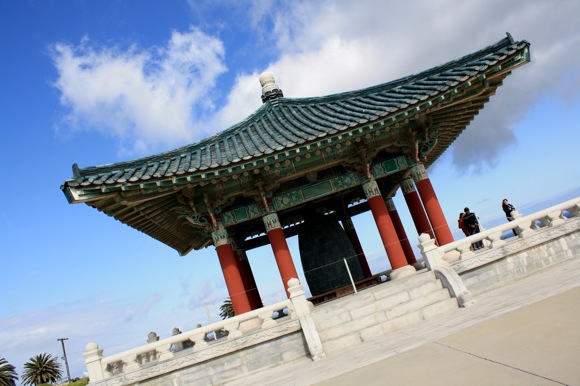 Wilson, my trusty companion, and I hike all about our charming corner of Los Angeles (a special little town within the city limits called San Pedro). This past weekend we made our way down to the site of the Korean Friendship Bell. 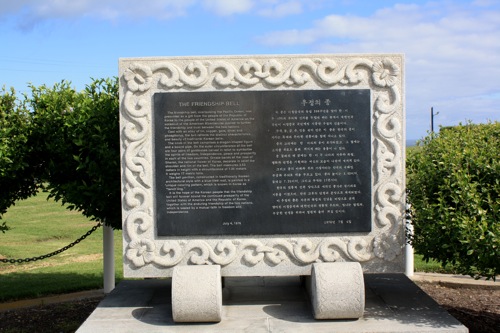 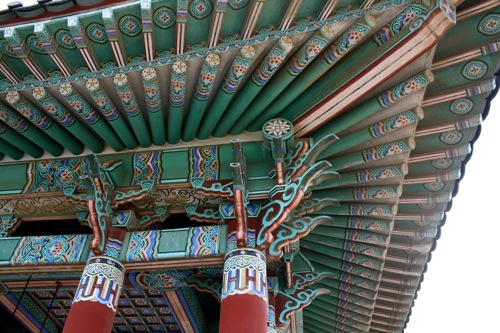 Cast with an alloy of tin, copper, gold, silver and phosphorus, the bell reflects the distinct characteristics and beauty of traditional Korean bells. The knob of the bell comprises a dragon-shape figure and a sound pipe. On the outer circumference of the bell are four pair of goddesses craved in relief to symbolize the spirits of freedom, independence, peace and prosperity in each of the two countries. 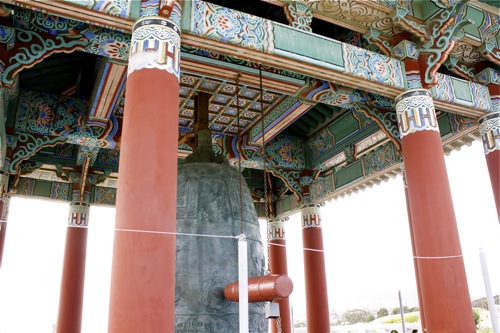 Ornate bands of the rose of Sharon, the national flower of Korea, decorate in relief the shoulder and rim of the bell. The bell measures 3.63 meters in height with a circumference of 7.25 meters. It weighs 17 metric tons. 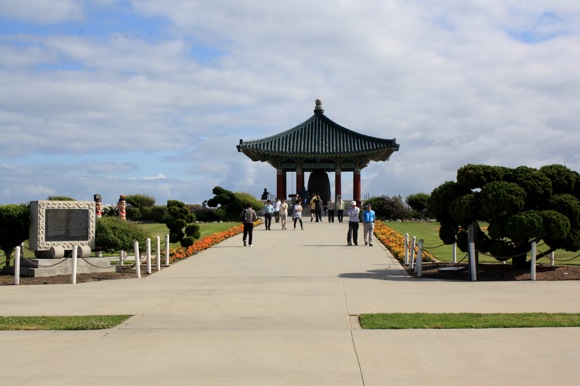 The bell pavilion, constructed in traditionally Korean architectural style with a blue tiled roof, is painted in a unique coloring pattern, which is known in Korea as tanch’ong. 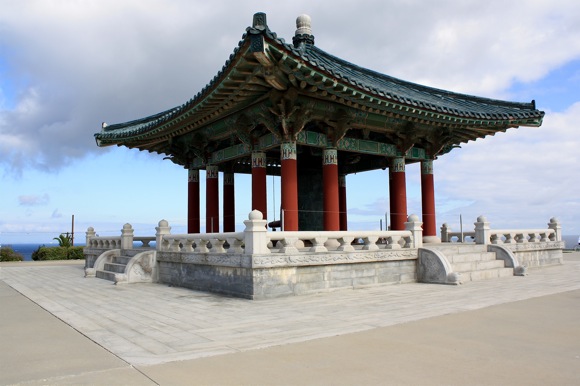 It is the hope of the Korean people that the friendship bell will forever sound the continued prosperity of the United States of America and the Republic of Korea, together with the enduring friendship of the two nations, which is sealed by a mutual faith in freedom and independence.”
July 4, 1976 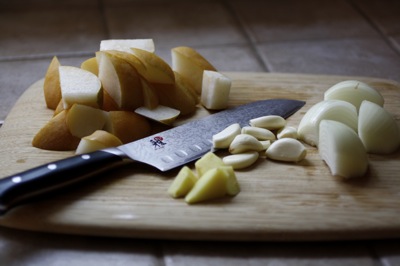 Blend the following ingredients in a food processor. 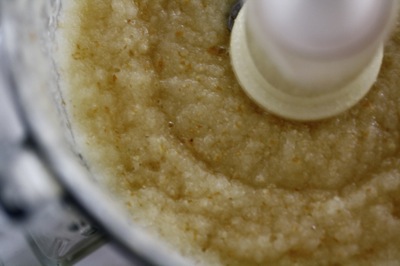 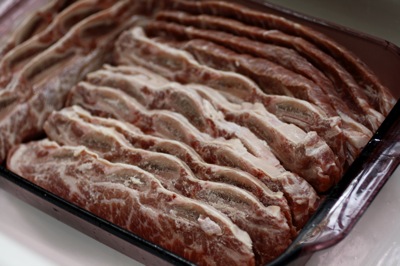 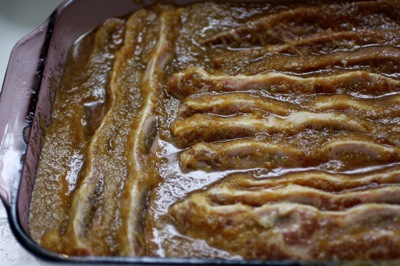 This marinade is great with other cuts of meat, pork and chicken too. 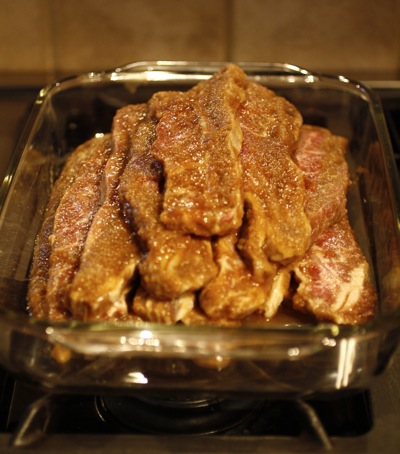 After 8 hours remove ribs from marinade. Prepare the grill. 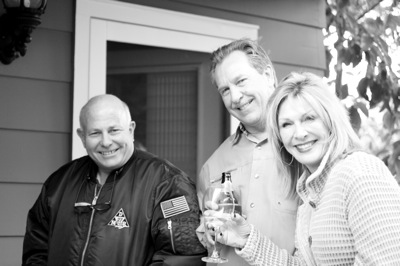 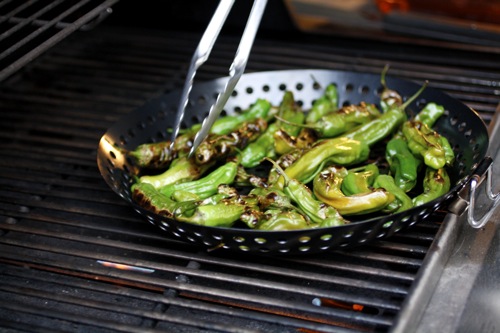 Appetizer: Grilled Shishito Peppers
Serve with a splash of toasted sesame oil, a squeeze of lemon, salt, and sesame seeds. 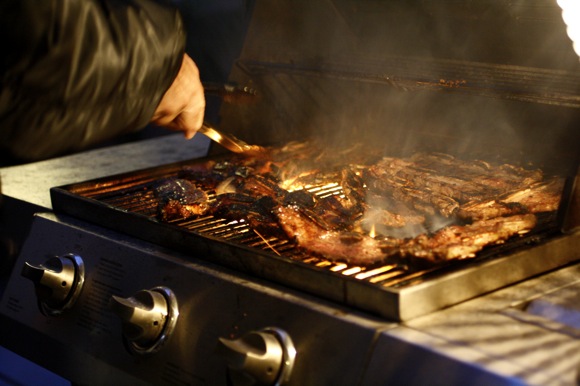 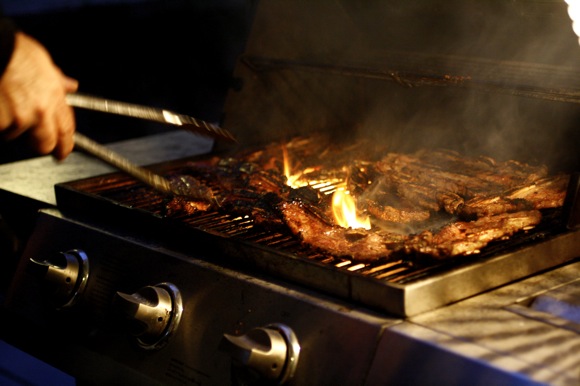 When they start to char turn them over. This is a fast process, maybe 5 minutes. 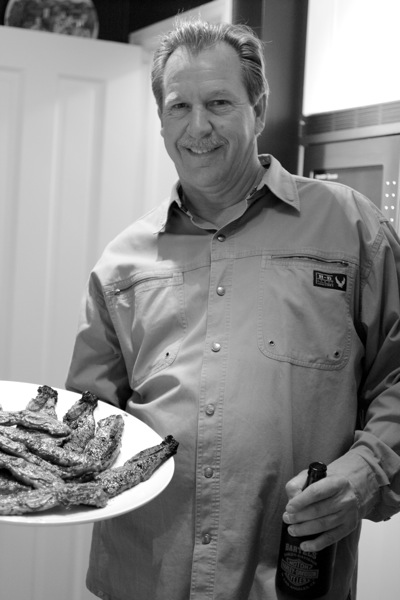 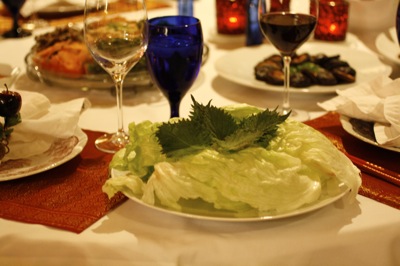 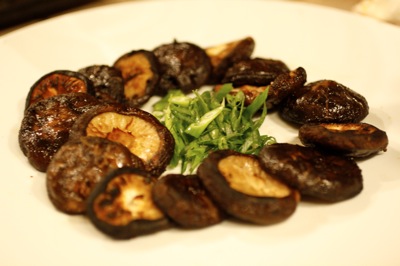 …sliced scallion and some grilled shiitakes. 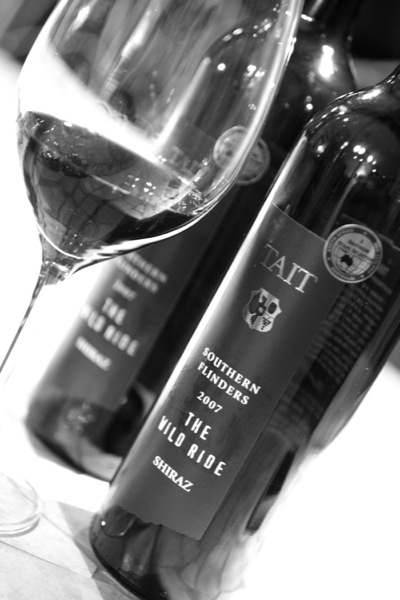 17 thoughts on “The Magic of Galbi & The Korean Friendship Bell”