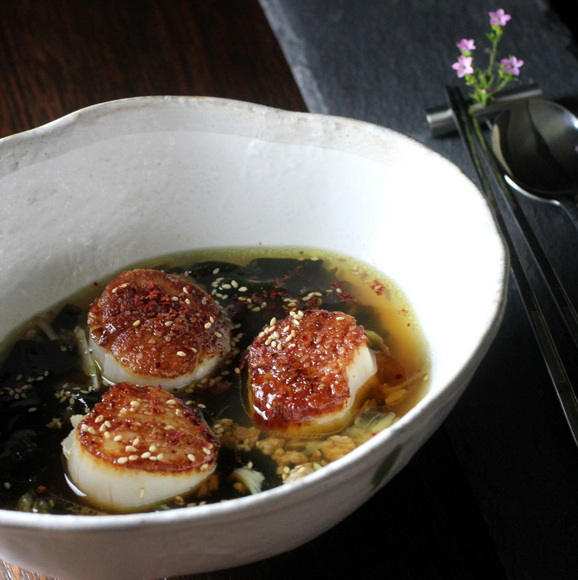 Traditionally this satisfying soup is savored by Korean mothers who have just given birth as a restorative meal, to replenish vitamins and nutrients. Consequently, it is also enjoyed on one’s birthday, as a way to commemorate that special day.  Here, the addition of some gorgeous huge Atlantic Sea Scallops definitely adds to the celebration!

This soup, miyeok guk or miyuk guk, is simple but super-flavorful and the scallops add a luxurious component. It’s made with seaweed known as miyeok in Korean/wakame in Japanese, lots of garlic and ground pork  in an ocean-y broth. It is garnished with a drizzle of toasted sesame oil, a sprinkling of crunchy sesame seeds, while a restrained amount of Korean red chile flakes called gochugaru adds a lively quality. The scallops are seasoned with Kosher salt and seared in a hot pan with just a bit of canola oil to let their natural flavor shine. 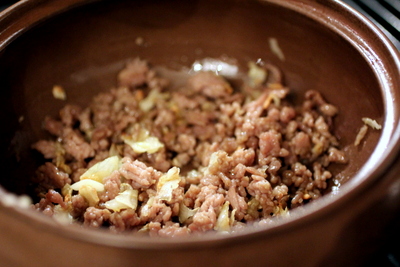 In a traditional Korean clay pot (or soup pot) over medium heat, brown the pork in a drizzle of canola oil. Remove any excess fat. Add garlic, stir, and cook for about a minute or two. Add cold filtered water and bring to a boil. Add fish sauce, soy sauce, and cut dried seaweed. Lower the heat and simmer about 20 minutes. Season with plenty of fresh ground pepper and salt if necessary. 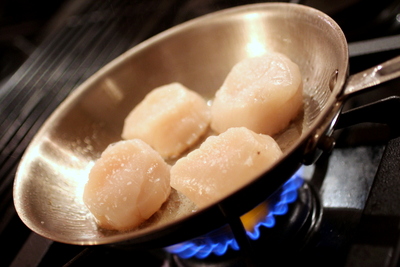 Today, the Atlantic sea scallop population is near record highs and the fishery operates at sustainable levels. As of May 1, 2013, scallop vessels in the Mid-Atlantic must use a Turtle Deflector Dredge in places and times where sea turtles occur on scallop grounds. The Turtle Deflector Dredge excludes sea turtles from being caught in the dredge and prevents serious injuries to the turtles. (From FISHWATCH here). 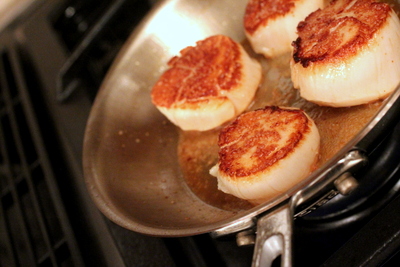 Season cold dry scallops with Kosher salt. Heat a stainless steel saute pan over high heat. Add canola oil to coat the bottom of the pan. When the oil is very hot and just about to smoke, place the scallops in the pan. Be sure not to crowd the scallops. Cook over high heat for exactly two minutes to form a nice caramelized crust. Flip the scallops over with a pair of tongs, and cook for one minute only. Serve immediately. 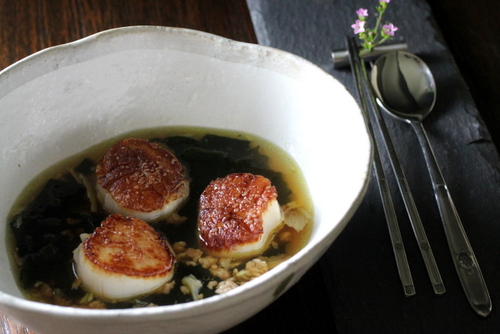 Ladle soup into warm shallow bowls. Drizzle toasted sesame oil over the soup. Arrange scallops in the soup. Garnish with toasted sesame seeds and gochugaru (Korean red chile flakes). Serve with steamed white rice and kimchi on the side. 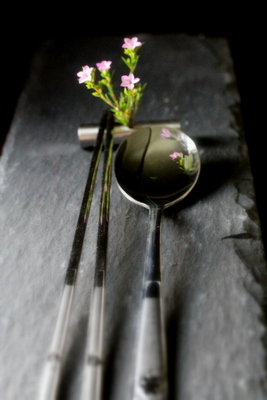 A cutting-edge company called Crucial Detail makes this Chopstick Rest / Bud Vase for Grant Achatz’s Alinea restaurant in Chicago. Elegant flowers or aromatic herbs can be placed in the bud vase while it is simultaneously functional as a rest for chopsticks or as a porte-couteau. I received a set of this fabulous serviceware as a gift from my brother and sister-in-law. Merci beaucoup! Here, Mexican heather sprigs with their tiny pink flowers from my garden made for a delightful presentation. 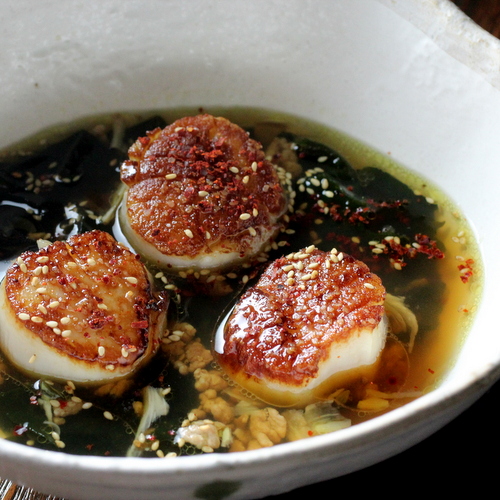 Happy Birthday To You!