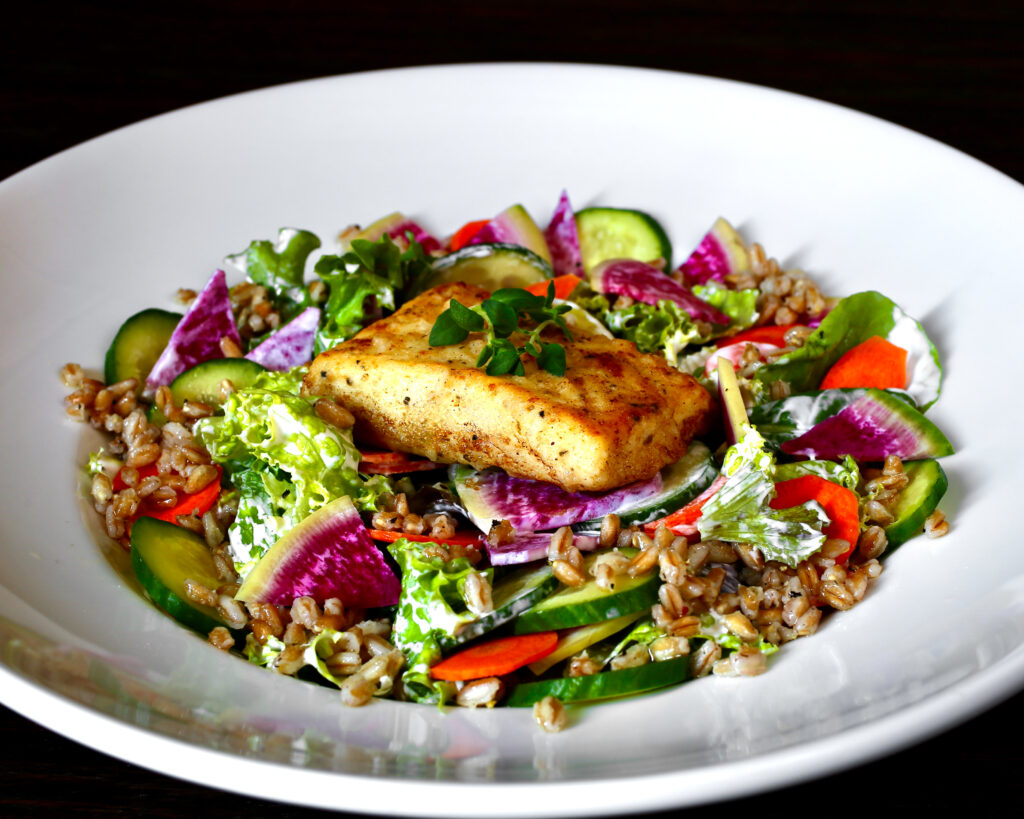 When Captain John Skeele gets his way, he likes to fry his halibut. John thinks that frying naturally complements halibut’s texture and locks in its flavor.

So if the captain of Alaska Fishing Vessel “Sunfish” says this is the way he likes to cook halibut, I am definitely going to give it a try. 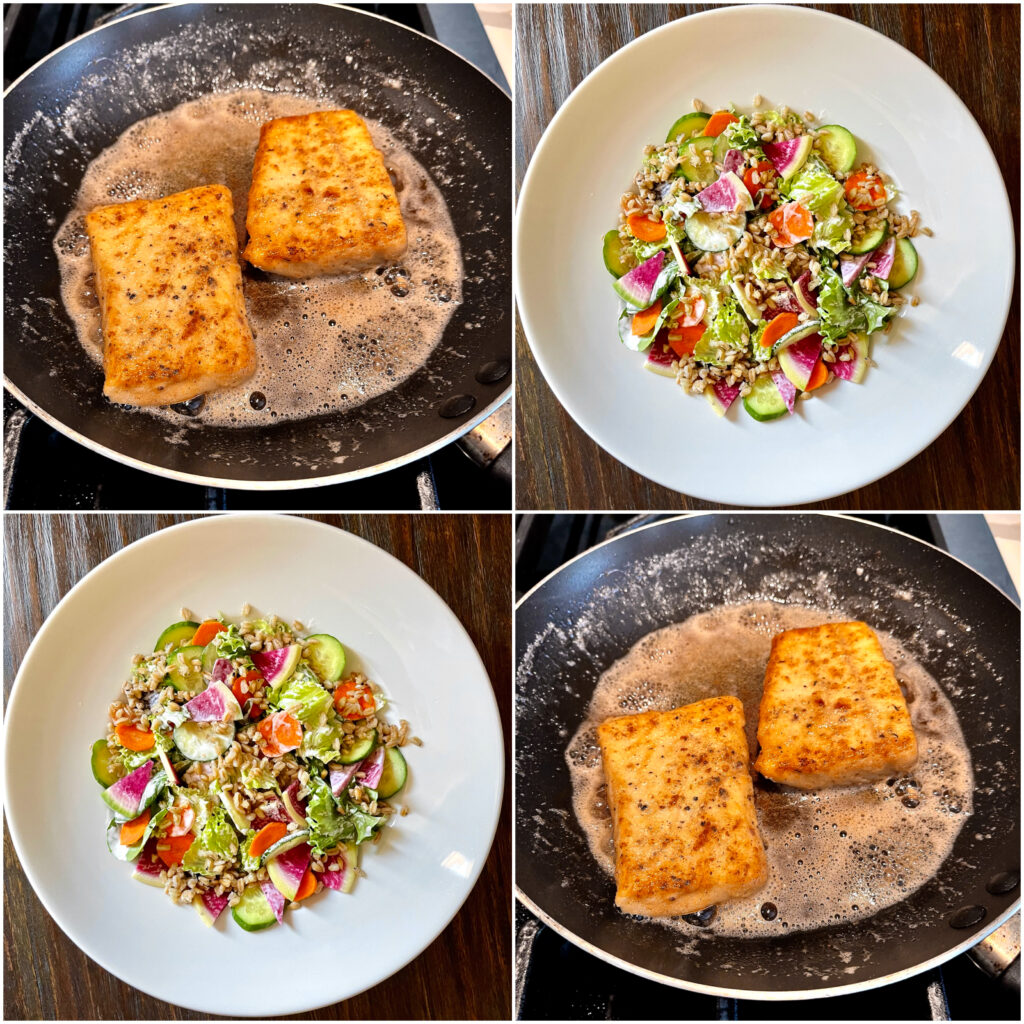 Cut halibut into 3-4 ounce portions (about the size of a deck of cards). Place in a mixing bowl, cover with water, and squeeze in juice from half a lemon. Let soak for about 30 minutes.

Heat 1/2 olive oil and 1/2 butter in a medium sauté pan over medium-high heat. Fry fish until golden brown, flipping once. Cook approx. 4 – 7 minutes per side, depending on thickness. (Halibut in the photos were cooked 4 minutes per side).

Meanwhile, to serve with the halibut, I made a colorful salad of torn green leaf lettuce plus thin-sliced watermelon radish, carrot, and cucumber. Room-temperature cooked farro was seasoned with olive oil, salt and pepper. Mexican crema was seasoned with lime juice, minced garlic, and sea salt.

The salad was lightly dressed with the crema. Warm halibut was served on top of the salad with extra crema on the side. 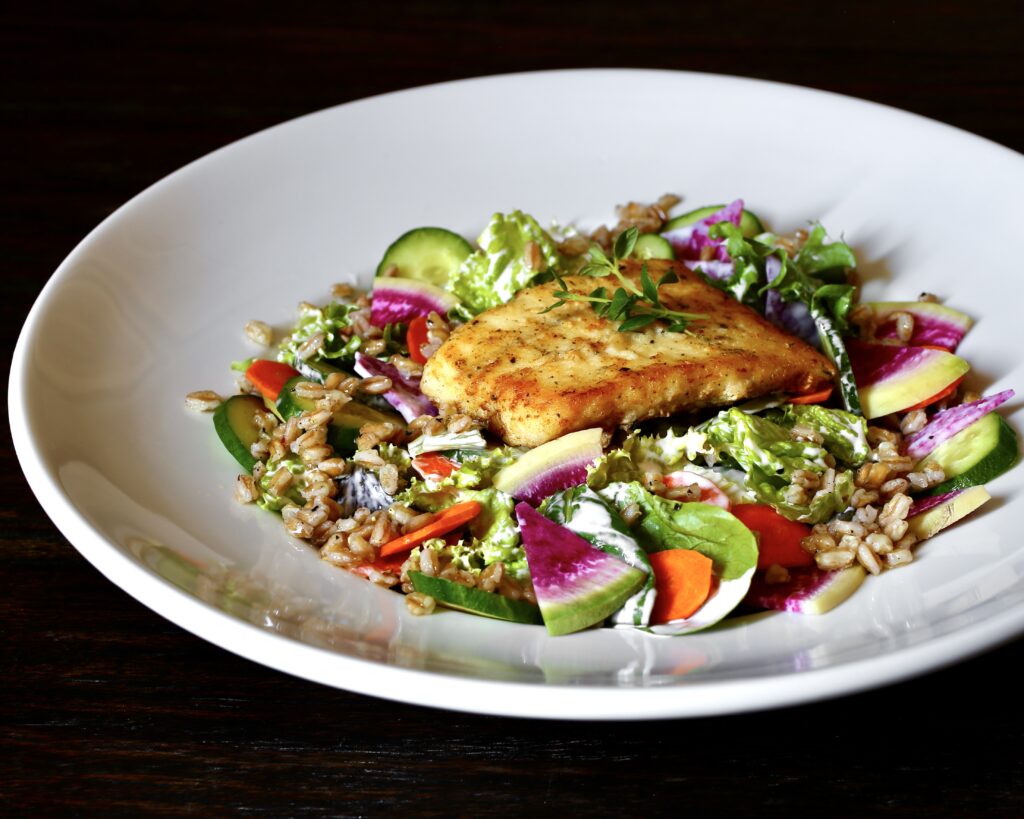 This halibut was caught using a longline fishing technique. It uses a long line, called a main line that has many baited hooks attached at intervals by means of branch lines called gangions. The lines are typically weighted and remain on the ocean floor for a short period of time.

Some major benefits of longlining include: little to no environmental impact, highly targeted, drastically reducing the rate of bycatch, and on-targeted species can be released quickly if caught.