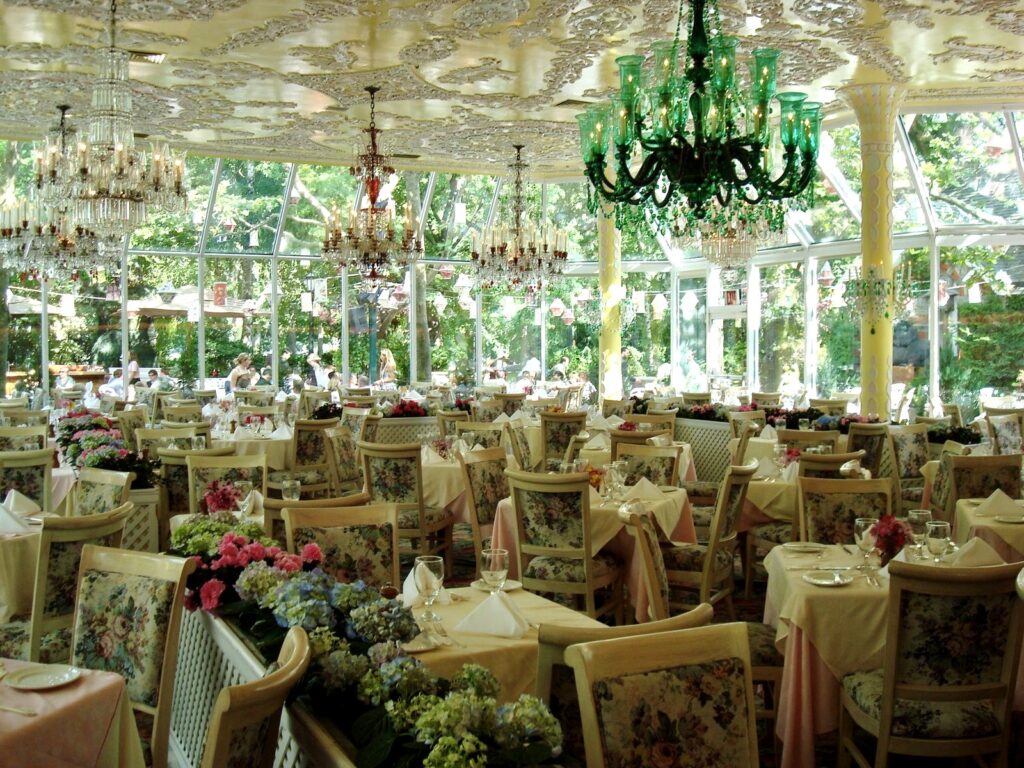 Tavern on the Green

The Crystal Room: Thirty-one year anniversary!
A celebration of light and reflection with its shimmering crystal chandeliers and glass walls affording fabulous vistas of Central Park.

THE HISTORY OF TAVERN ON THE GREEN
Built in 1870, the rural Victorian Gothic structure now known as Tavern on the Green was designed by Jacob Wrey Mould as a sheepfold. It housed 200 South Down sheep, which grazed across the street in Central Park’s Sheep Meadow.

The first incarnation of Tavern on the Green — the restaurant — was launched on October 20, 1934, with a coachman in full regalia at the door. Mayor Fiorello LaGuardia opened the restaurant with a brass key.

By the 1950s, Tavern on the Green was showing some wear and tear and the brilliant designer Raymond Loewy was engaged to renovate the building,

Rather than signaling the end of an era, however, its closing was the beginning of an exciting new one for the venerable edifice. Warner LeRoy embarked upon a spectacular $10 million renovation. Then an unheard of sum to spend on a restaurant. With LeRoy’s addition of the glass enclosed Crystal and Terrace Rooms, his lavish use of brass, stained glass, etched mirrors, original paintings, antique prints and, above all, CHANDELIERS, Tavern was reincarnated. It became a glittering palace, Central Park’s most spectacular structure.

The reincarnated Tavern on the Green took New York by storm from the moment it re-opened on August 31, 1976. It dazzled the city with its decorative whimsy, its eclectic menu and its playfulness.

I shot this photo just before they opened for dinner on this summer afternoon. With its wonderful history, I will be interested to see the next incarnation.

4 thoughts on “Tavern on the Green”