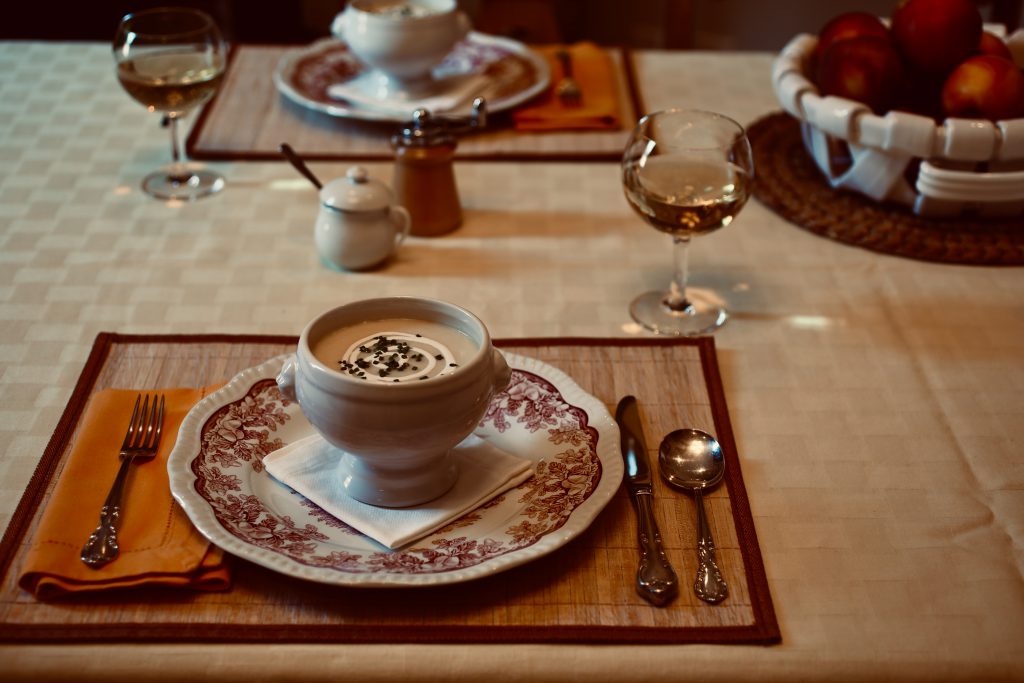 “Leek and potato soup smells good, tastes good, and is simplicity itself to make. It is also versatile as a soup base; add watercress and you have a watercress soup, or stir in cream and chill it for a vichyssoise,” Julia says. 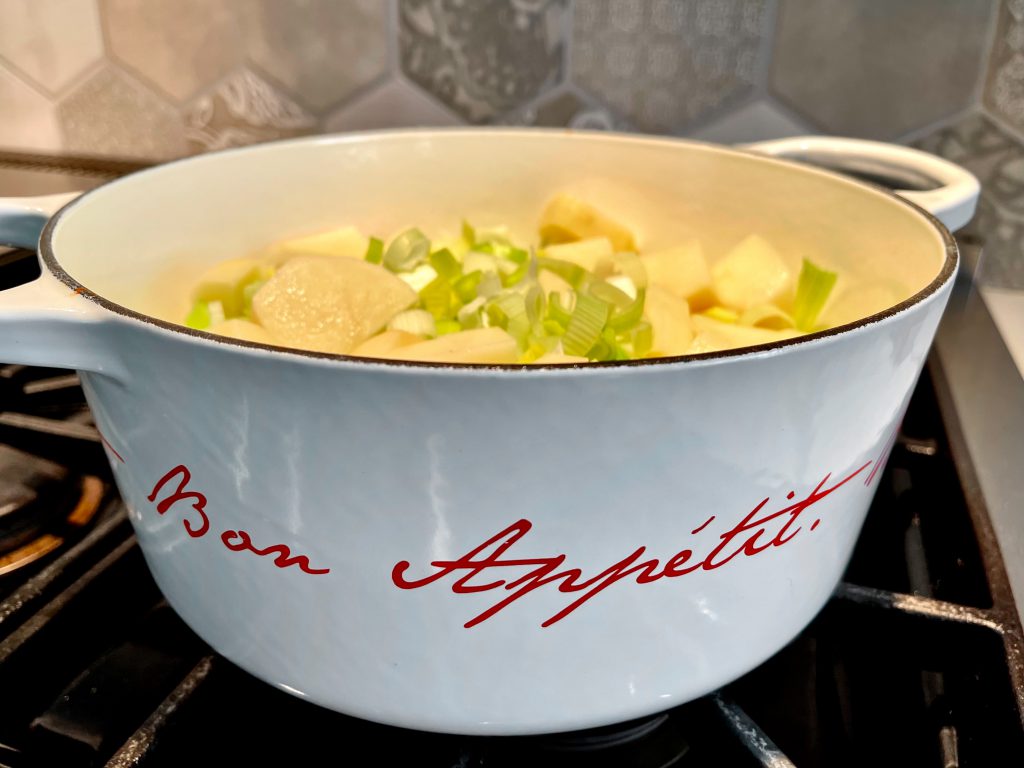 Process cold soup in a high-performance blender (such as Vitamix) to a completely smooth, velvety texture. Add more salt and white pepper to taste and add cream, then blend briefly to combine all ingredients.

I found Julia Child’s Vichyssoise recipe in two of her cookbooks, Mastering the Art of French Cooking and The Way To Cook. The recipes are different. My recipe here is an interpretation of the combined recipes.

In 1961 when the first edition of Mastering the Art of French Cooking was published, there were no high-performance blenders. Julia suggested processing the soup through a food mill and then through a fine sieve to get that “fiber-free brew.” Now, a high-performance blender will achieve that velvety smooth soup. I think Julia would have been happy to add one to her collection of kitchen equipment and gadgets. 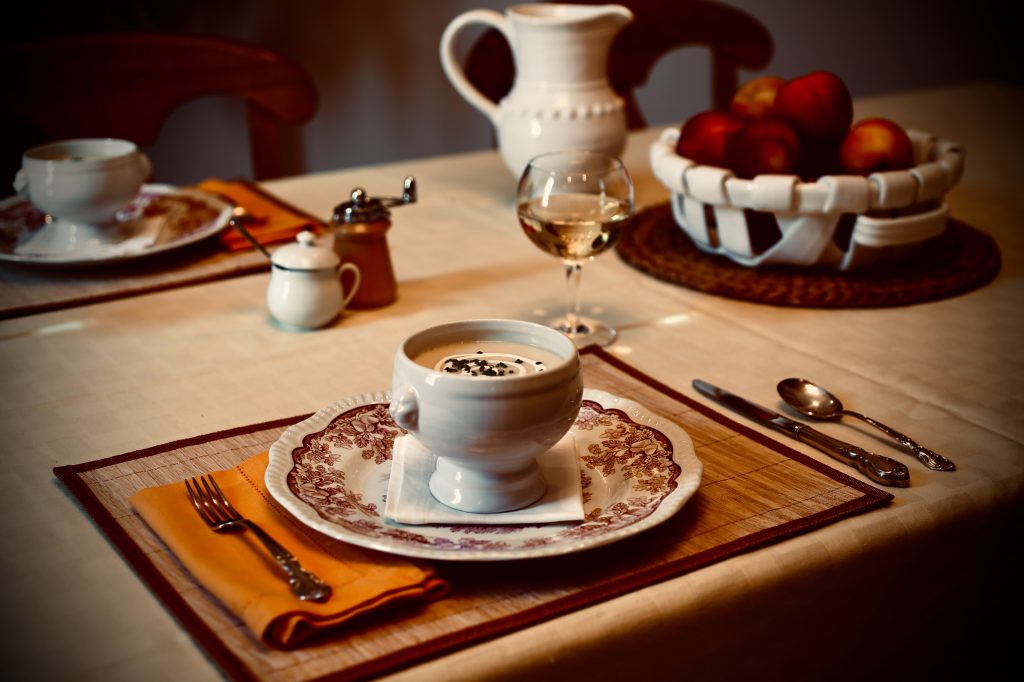 Pour soup into chilled bowls. Garnish with a swirl of thinned crème fraîche and chopped chives. 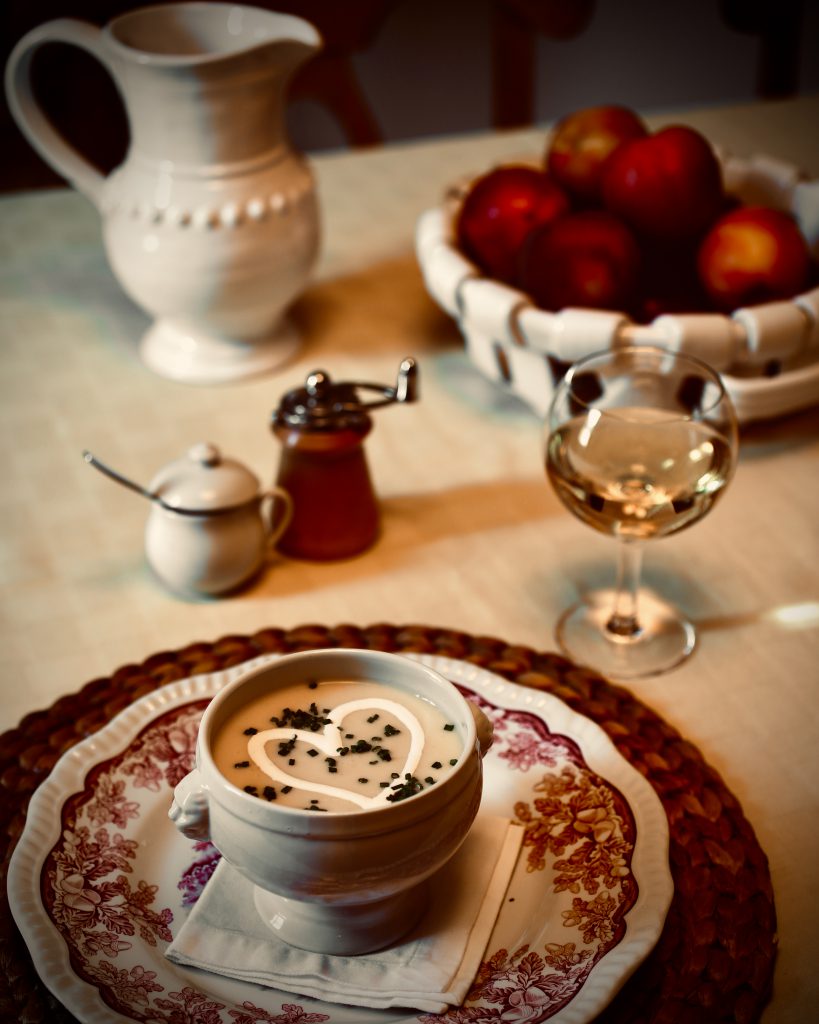 And a special Thank You to my dear friends, Adam (Smithsonian photography) and Lauren (prop styling) for their help with the re-creation of Julia’s Vichyssoise.

Julia Child’s kitchen is a historic artifact on display on the ground floor of the Smithsonian Institution’s National Museum of American History: Kenneth E. Behring Center, in Washington, D.C., on the National Mall.