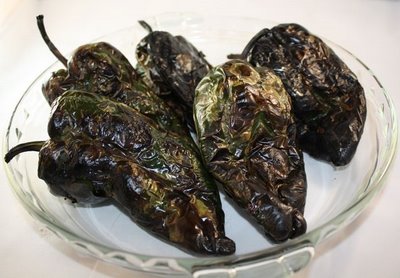 Poblano Chiles Charred on the Grill 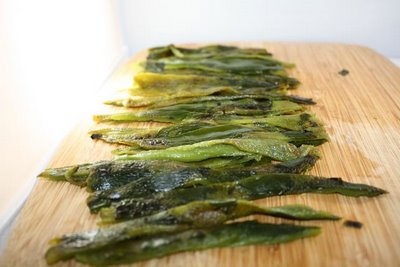 Cover the hot charred poblanos with a kitchen towel and let stand for 5 minutes. Remove the skin and seeds, slice into strips. Set aside.

The short ribs are browned in my Le Creuset French Oven, then removed from the pan.  Sliced onion is cooked until golden, then add finely chopped garlic. Chopped tomatoes are added, cook for about 3 minutes more. The sliced poblanos, browned short ribs, plus salt and epazote are all nestled into the pan, covered,  and braised at 325°F for about 1 1/2 hours. 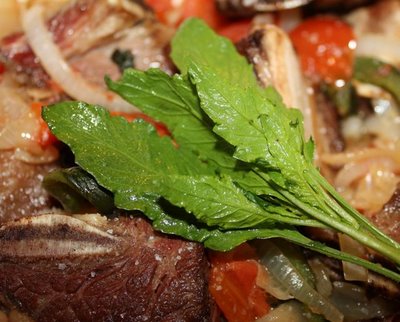 The epazote gives this dish its traditional Mexican flavor. I have fallen in love with this herb and its intriguing aroma reminiscent of kerosene. This fabulous dish is the creation of Chef Rick Bayless. The detailed recipe can be found here. 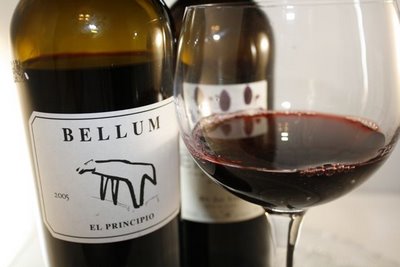 I made this dish for my brother Bill. Knowing I was preparing a meat dish with Mexican origins, he stopped at the wine shop on his way over. The Bellum El Principio 2005 was one of two excellent recommendations. This is a Spanish wine made from 100% monastrell old vines. A complex and earthy wine, somewhat spicy, with a mixed berry fruit character, powerful yet smooth. The name “Bellum” comes from a local prehistoric cave painting. Perfect pairing with Beef Short Ribs and Poblanos! Thanks Billy. 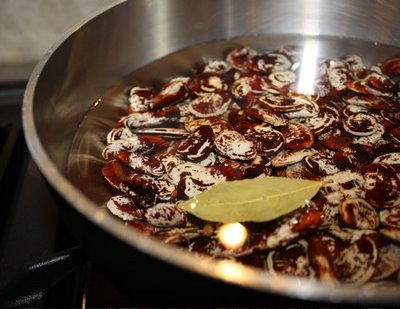 We enjoyed this dish with white rice and Christmas Lima beans. I sent Bill home with some leftovers and when we talked later in the week, we both agreed that this dish was even better the next day! I’ve long been a fan of Rick Bayless and his restaurants in Chicago – Frontera Grill and Topolobambo. ¡Muchas Gracias RB!