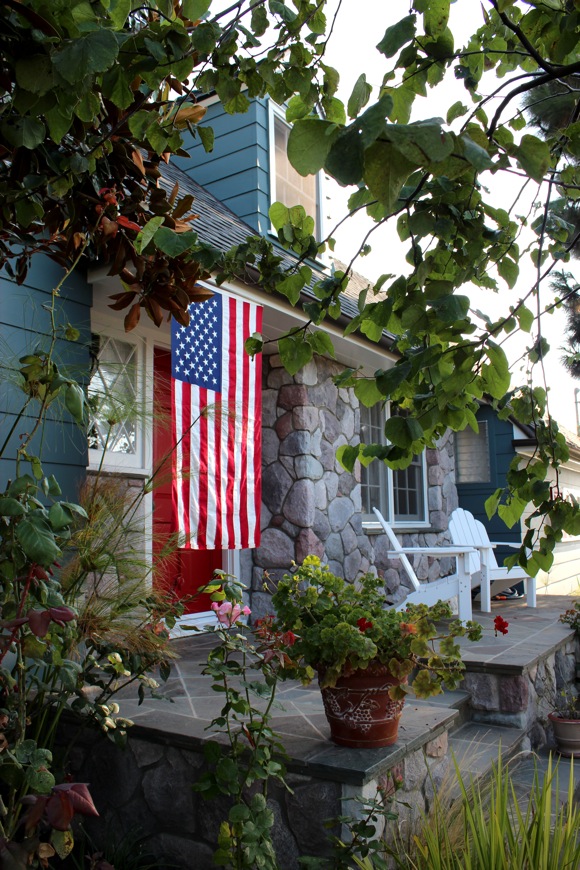 Well, the exterior paint project is now completed here at Chez Lori Lynn. It’s fresh, and bright, and if I do say so myself, quite charming! The color choices: Knoxville Gray, Heritage Red, and Swiss Coffee White were not necessarily chosen as a patriotic palette, but they certainly do look especially lovely alongside the American Flag today.

We salute the Dog Handlers and more than 300 Search & Rescue Dogs that helped in the 9/11 rescue effort.

Old Glory is a common nickname for the flag of the United States, bestowed by William Driver, an early nineteenth century American sea captain. It also refers specifically to the flag owned by Driver, which has become one of the U.S.’s most treasured historical artifacts.

Old Glory was made and presented to the young Captain Driver by his mother and some young ladies of his native Salem, Massachusetts probably sometime in the 1820s. It is a large flag heavily constructed and designed to be flown from a ship’s mast. As the banner opened to the ocean breeze for the first time, Captain Driver is said to have exclaimed “Old Glory!” and the nickname was born. (from wikipedia here) 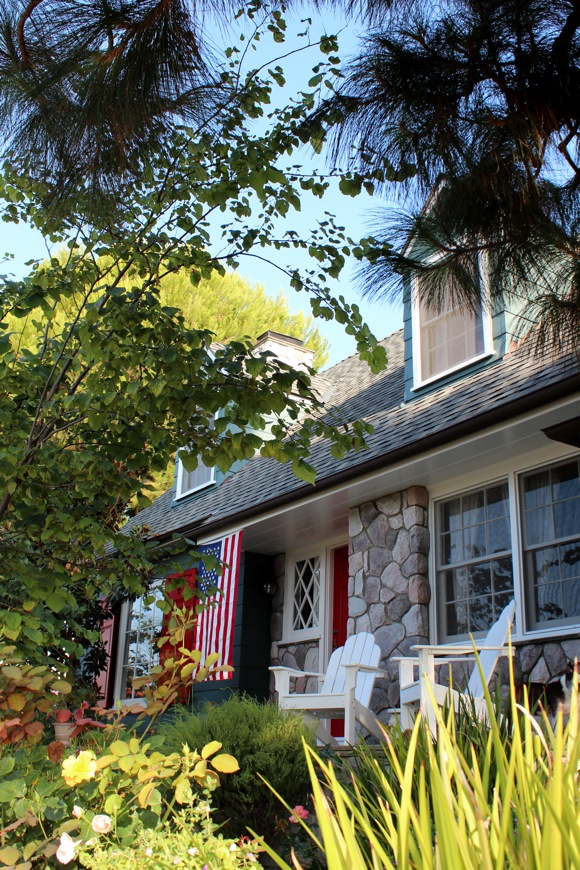 We Will Never Forget

As we honor the memory, admire the bravery, and mourn the loss of so many fellow citizens from eleven years ago, I wish to express my gratitude to all the men and women in uniform, the heroes of today, who continue to inspire us with their courage and work diligently to keep evil at bay.

UPDATE 9/14/2012:  Honoring the four Americans killed in Libya on the 11th anniversary of the 9/11 terrorist attack. Thank You For Your Service and May You Rest In Peace ~ U.S. Ambassador to Libya Christopher Stevens, information management officer Sean Smith, and former Navy SEALs working under the State Department, Glen Doherty and Tyrone Woods. We will never forget.

3 thoughts on “We Will Never Forget”