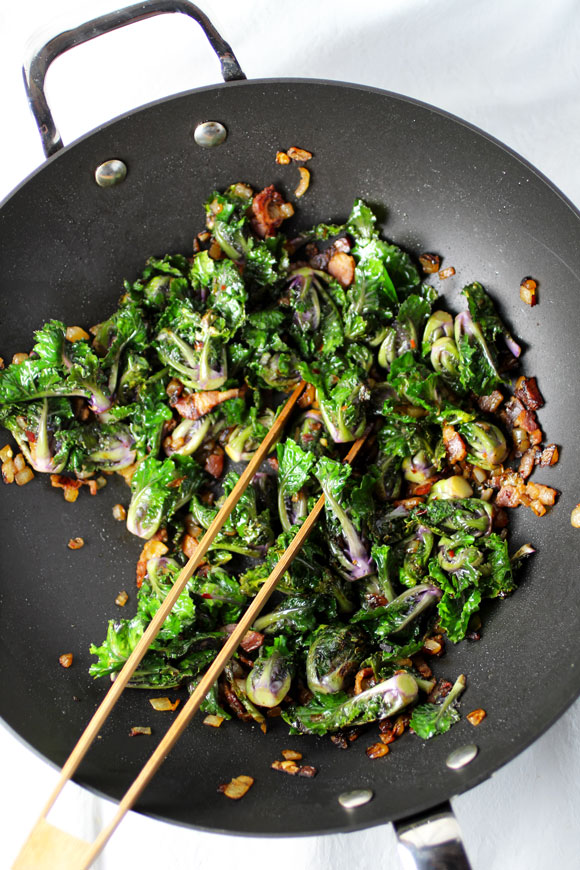 The hybrid cross between Russian Red Kale and Brussels Sprouts, KALE SPROUTS have a slightly nutty and sweet peppery flavor with a crisp fresh texture. The florets grow on a stalk, just like Brussels sprouts.

British vegetable seed house, Tozer Seeds, took 15 years to develop this new vegetable in a natural process where the pollen of one species is used to fertilize the flower of the other. The result is a charming vegetable with silvery-green to blue-gray leaves and purple veins.

It cooks much faster than Brussels sprouts, so it is terrific for stir-frying. Its petite leaves are hearty, so they keep their shape to make a pretty floral presentation. Kale Sprouts can also be found marketed as Lollipop Kale, Lollipop Sprouts, BrusselKale, Kalettes, and Flower Sprouts. 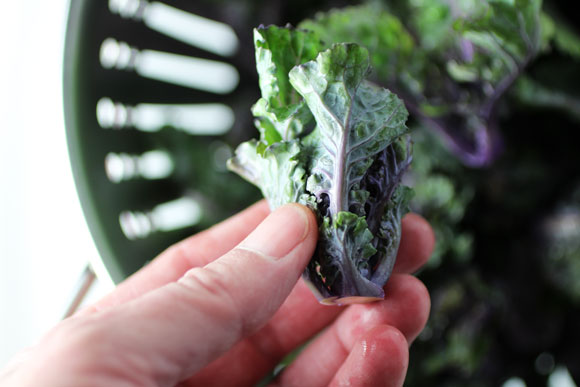 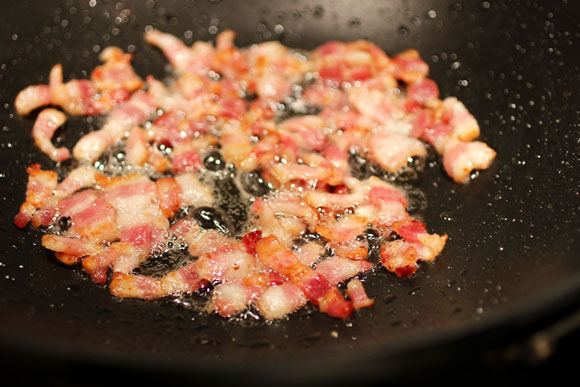 Cook chopped bacon in a wok until it starts to brown around the edges. 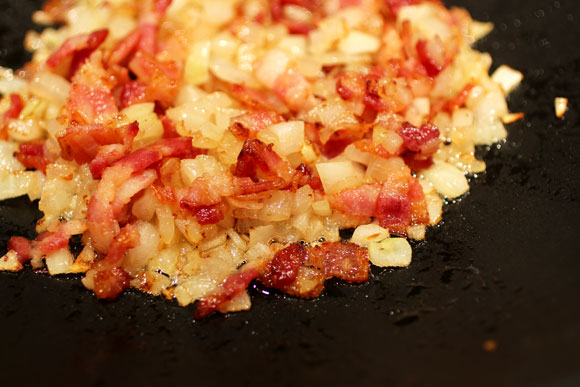 Add diced onion and cook until the bacon is semi-crisp and onion starts to caramelize.

Add minced garlic and cook for another minute.

Meanwhile, trim the base of the florets so as much as possible of the tougher stem is removed, while the leaves of the floret stay intact.

Add the kale sprouts to the wok, and stir-fry until tender, about 4 minutes. 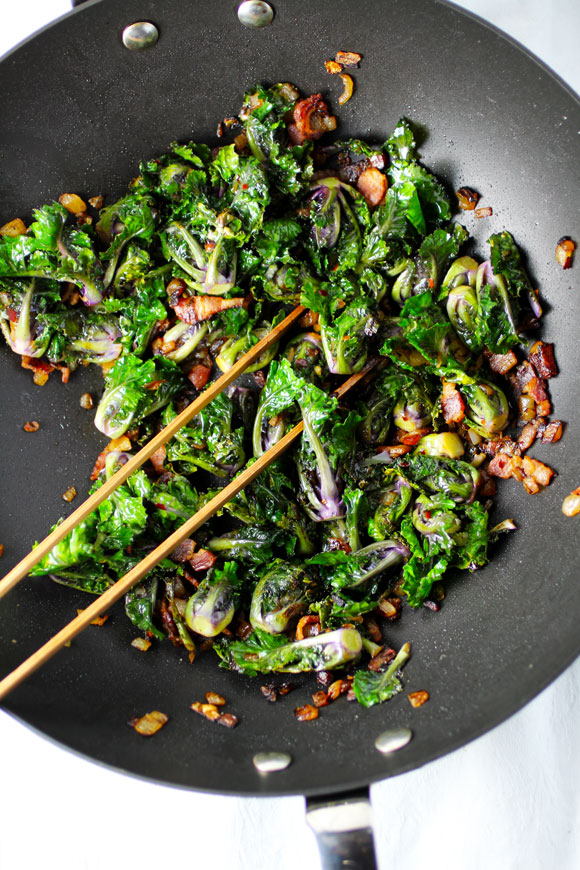 We are really impressed and excited about this new vegetable and its versatility – stir-fry, sauté, steam, roast, grill, or try them raw!

Try tossing with olive oil and roasting in the oven, so the leaves get crispy, then serve with a drizzle of balsamic syrup. Just remember they are more feathery, and cook faster than traditional Brussels sprouts. Bake at 475° for 10 minutes.

Or using a grill basket, cook them on the BBQ or even peel the leaves off the floret or slice into a chiffonade and toss them in a salad, raw.