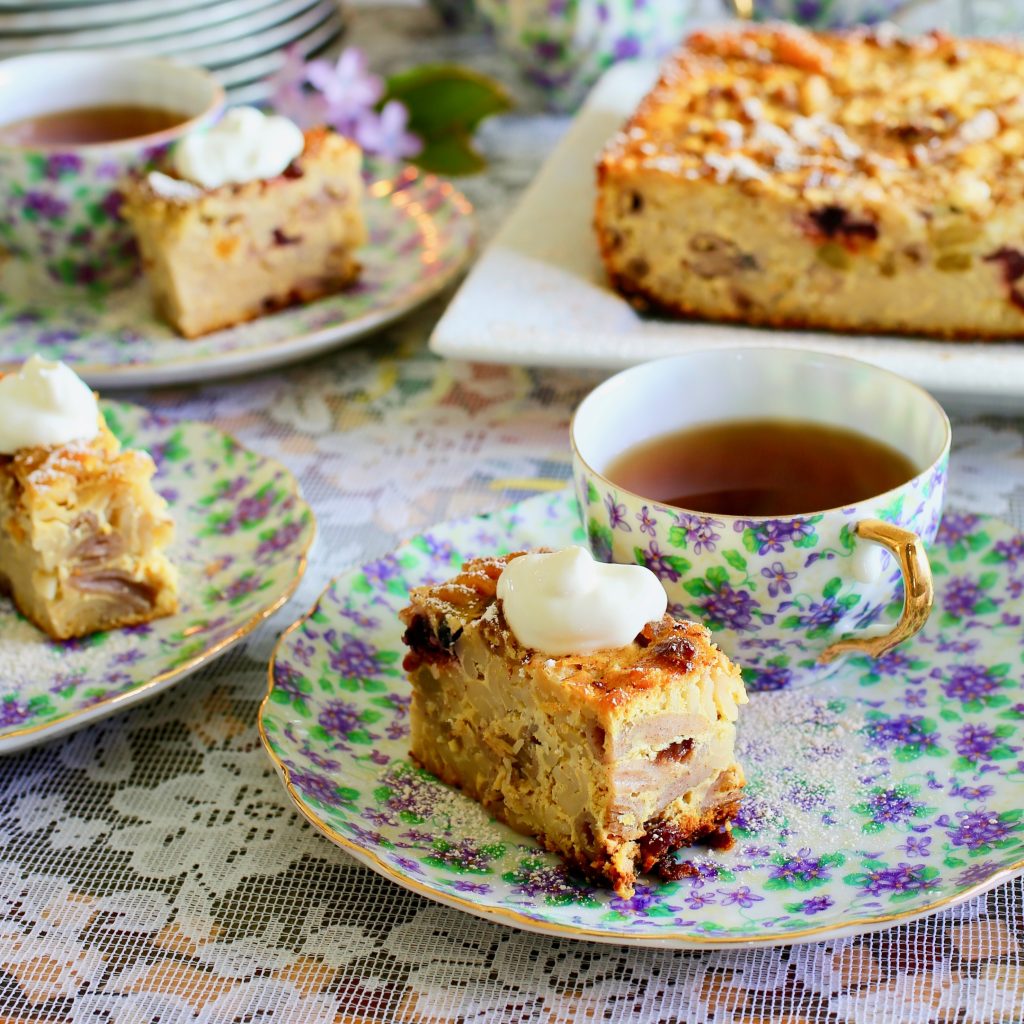 Perhaps you were one of the 85,000 people or the 3,500 vendors attending Natural Products Expo West at the Anaheim Convention Center last weekend? Maybe you had the opportunity to try gluten-free, organic, plant-based protein pastas by Explore Cuisine?

It was my honor and pleasure for the fourth year in a row to cook gluten-free pasta dishes to sample the crowds for my friends at Explore Cuisine. Among the most unique and quite popular was my gluten-free noodle kugel. Can I go out on a limb and gather that none of the other 3,500 vendors served a kugel?

Kugel is a beloved sweet Jewish dairy casserole that originated in Europe hundreds of years ago;  traditionally made with egg noodles, eggs, cottage cheese, sour cream, and raisins. It is baked and dusted with cinnamon.

Kugel and rice noodles were a match made in heaven for those with gluten intolerance…those who are fans of original lokshen kugel and those who had never ever heard of kugel, all enjoyed this luscious gluten-free version.

*for best results be sure to use full fat dairy products 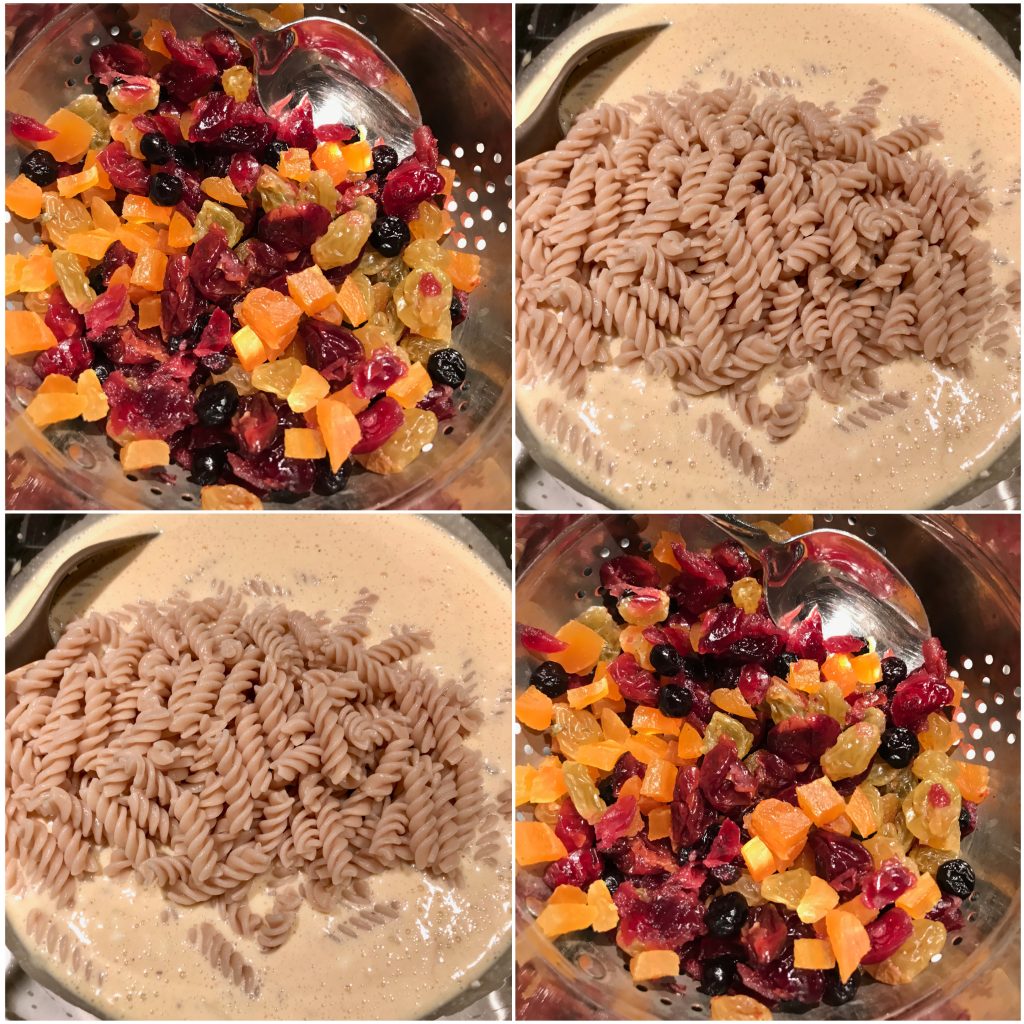 Cook noodles according to package instructions. Drain and rinse well with cold water.

Meanwhile soak dried fruits in hot water for 5 minutes then drain and set aside. (If using apricots, chop into smaller pieces).

Use a hand mixer to combine cottage cheese, ricotta, sour cream, sugar, cinnamon, salt, eggs, orange zest, vanilla, and butter in a large mixing bowl. Add the melted butter to the bowl last so that the cold ingredients do not cause it to harden before mixing.

Fold noodles and dried fruits into the egg mixture with a spatula.

Pour entire mixture into a greased 9 X 13 baking dish. Bake uncovered at 350°F until the center is completely set, about one hour.

Unlike traditional kugel that uses egg noodles, the rice noodles do not form crispy tips, so be sure to completely submerge all the noodles before baking.

Once cooked remove from oven and dust the top with cinnamon immediately. Let cool to a warm temperature. 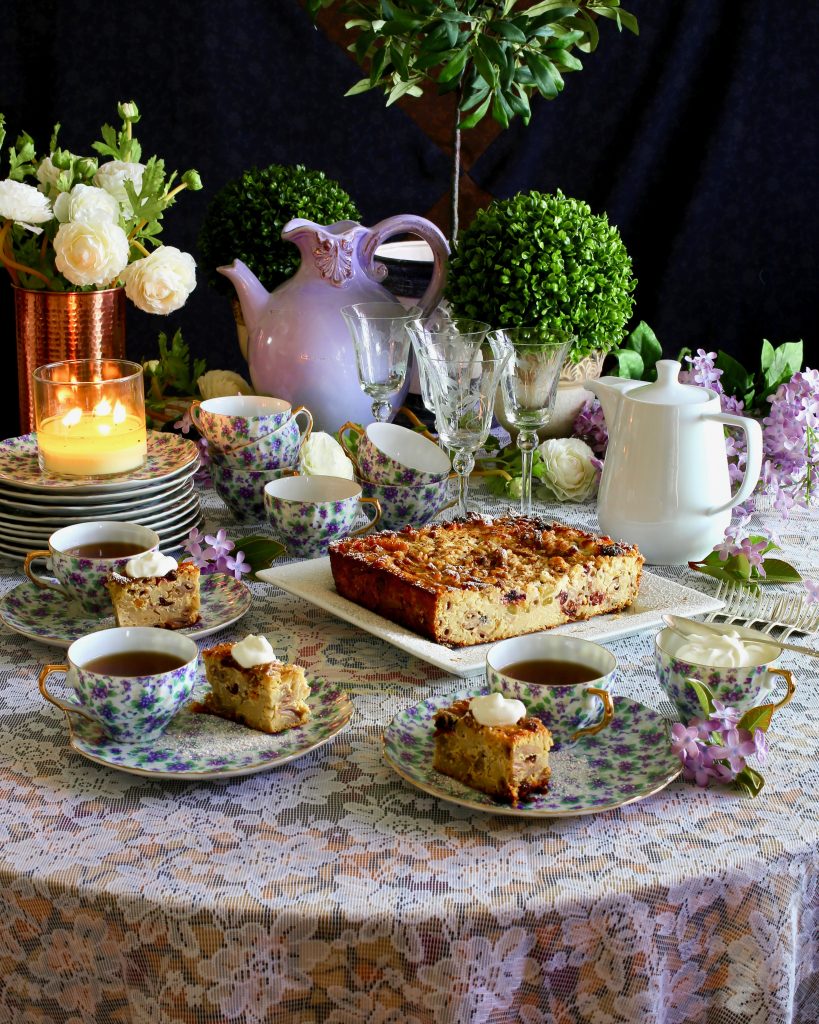 Serve warm kugel cut into squares or rectangles and serve with a dusting of cinnamon and powdered sugar and a dollop of sour cream. Coffee or tea make a nice accompaniment.

Our Best Passover Menu and Tips for Serving

How To Make The Fluffiest, Most Delicious Matzoh Balls

What Makes This the Best Chicken Noodle Soup?

Gefilte Fish, Made with Love