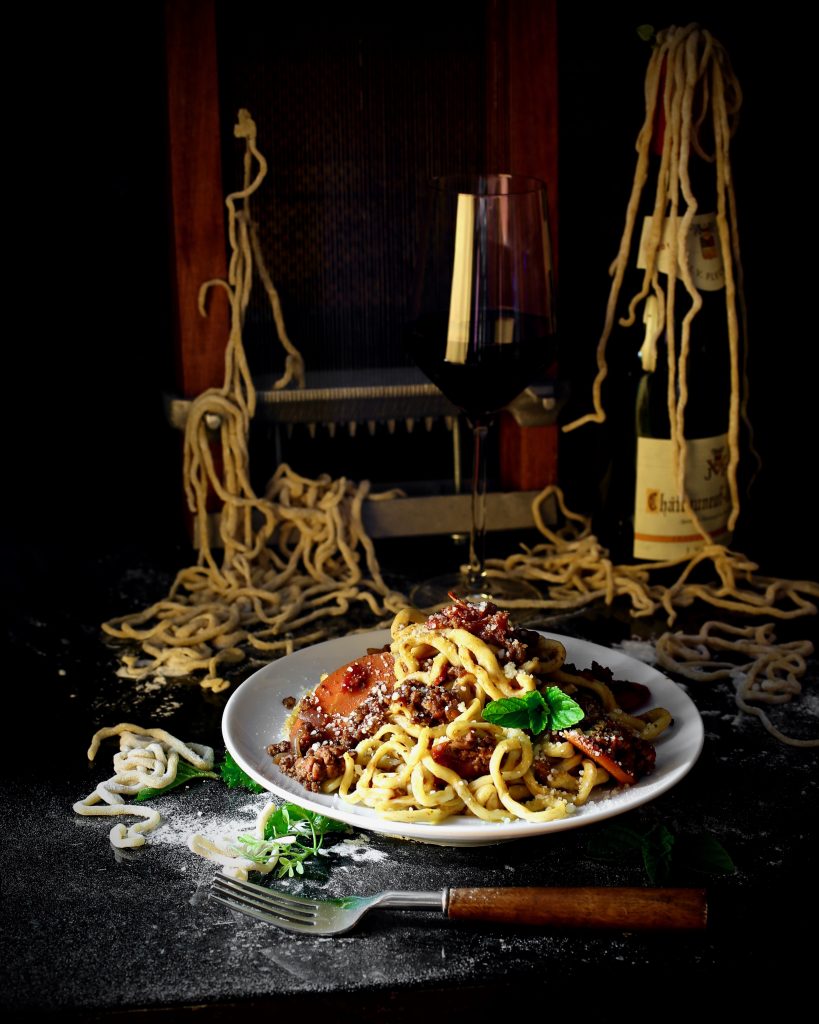 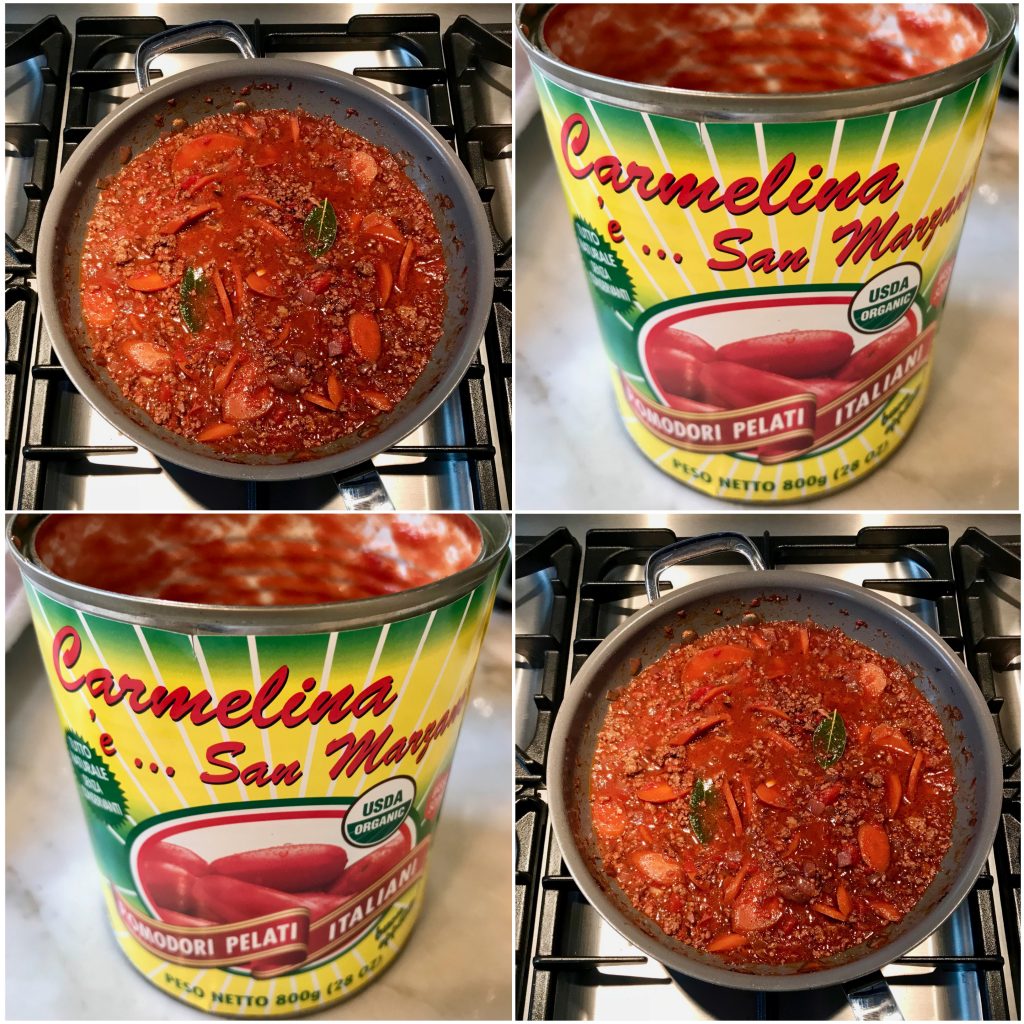 Brown lamb in a skillet. Drain off as much fat as possible then set aside.

Pour in red wine, raise the heat to medium-high and reduce by half.

Meanwhile, toast fennel seeds in a dry skillet. Crush seeds with a mortar and pestle.

Add fennel, cinnamon, oregano, and bay to the pot.

Add lamb and tomatoes to the pot. Crush the tomatoes with a potato masher. Add about a cup of water. 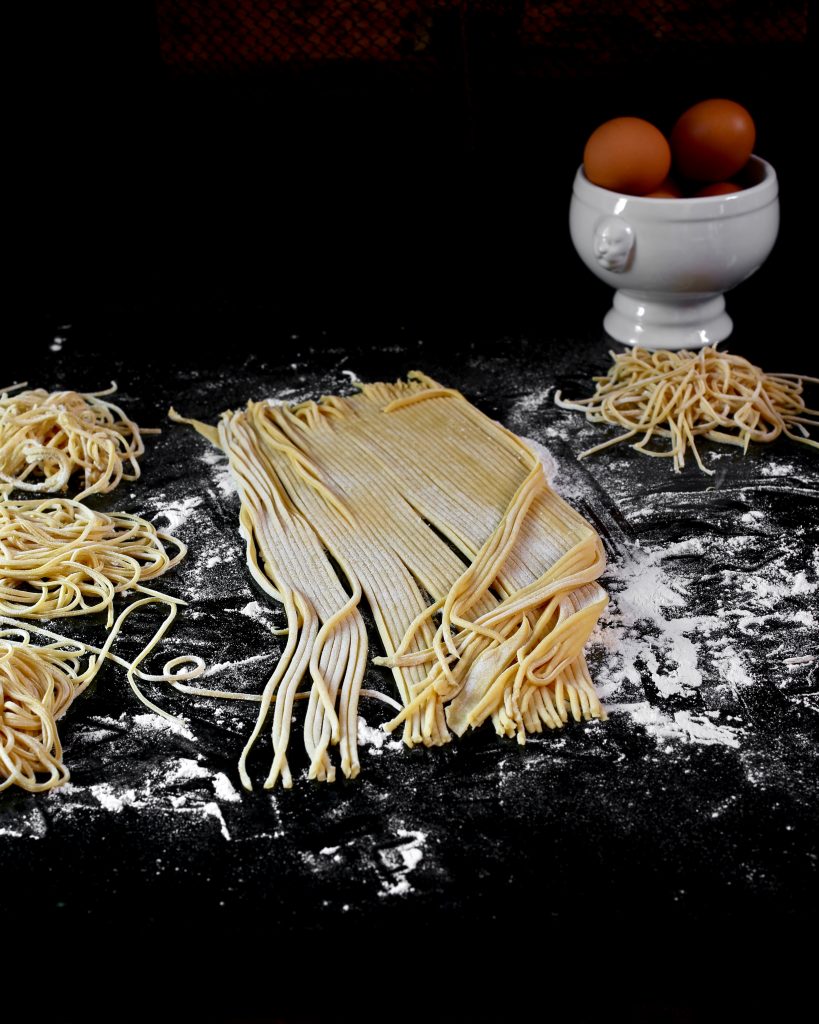 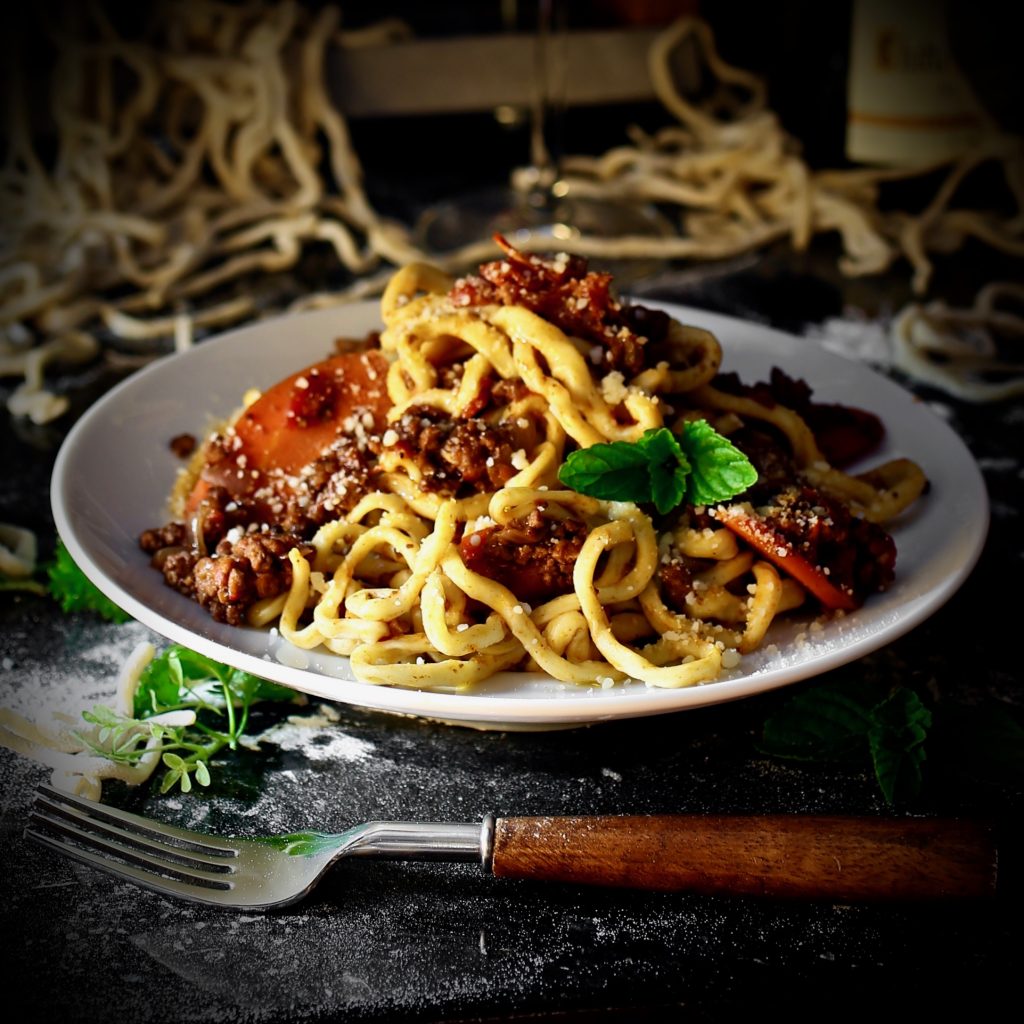 Extending a very special Thank You to my long-time blogger friend, Linda, for the awesome chitarra which she gave away on her fabulous blog, Ciao Chow Linda, back in 2012! I was the lucky recipient…