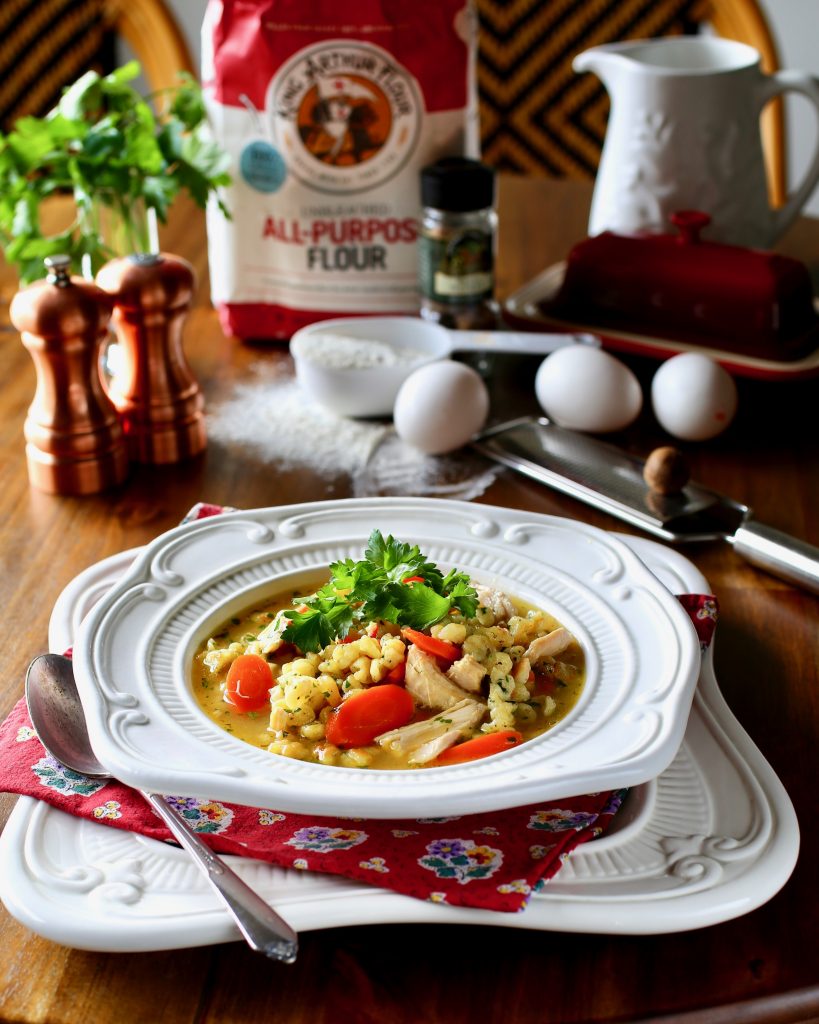 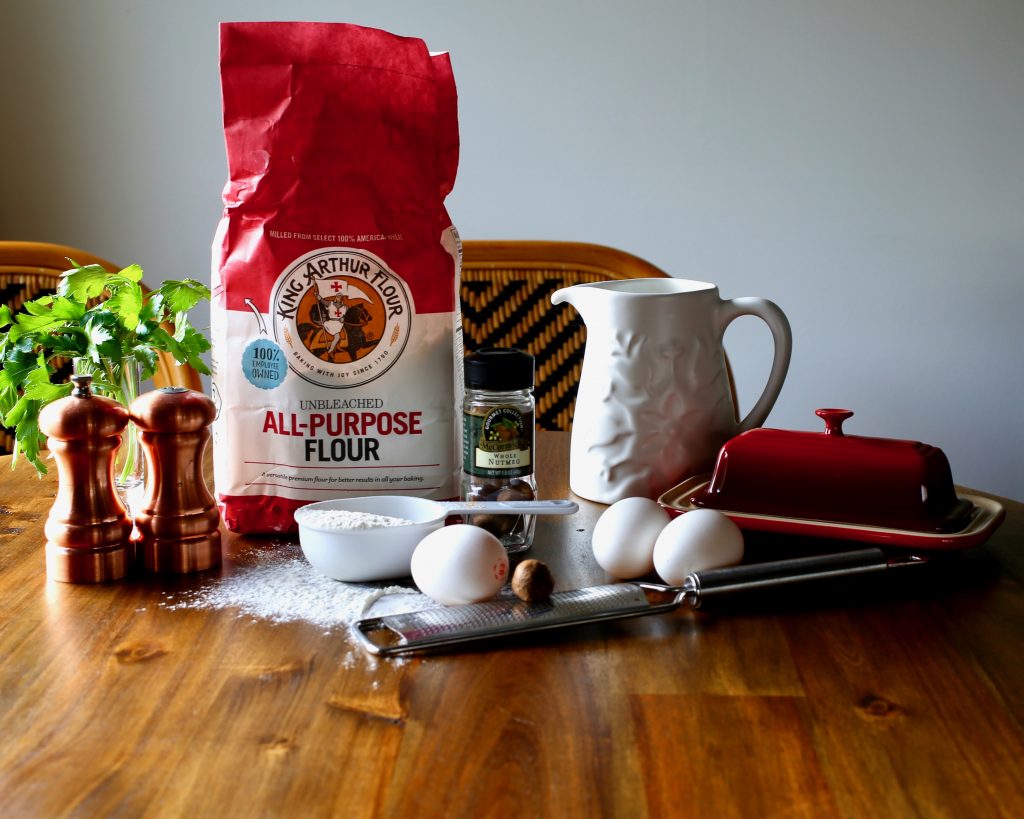 How to Make the Spätzle Batter:

In a small bowl whisk egg yolks and egg. Add milk and whisk to combine.

In a medium bowl whisk flour, nutmeg, salt and pepper. Add egg mixture to the flour and stir to combine. Refrigerate, covered, for at least one hour.

How to Cook the Spätzle: 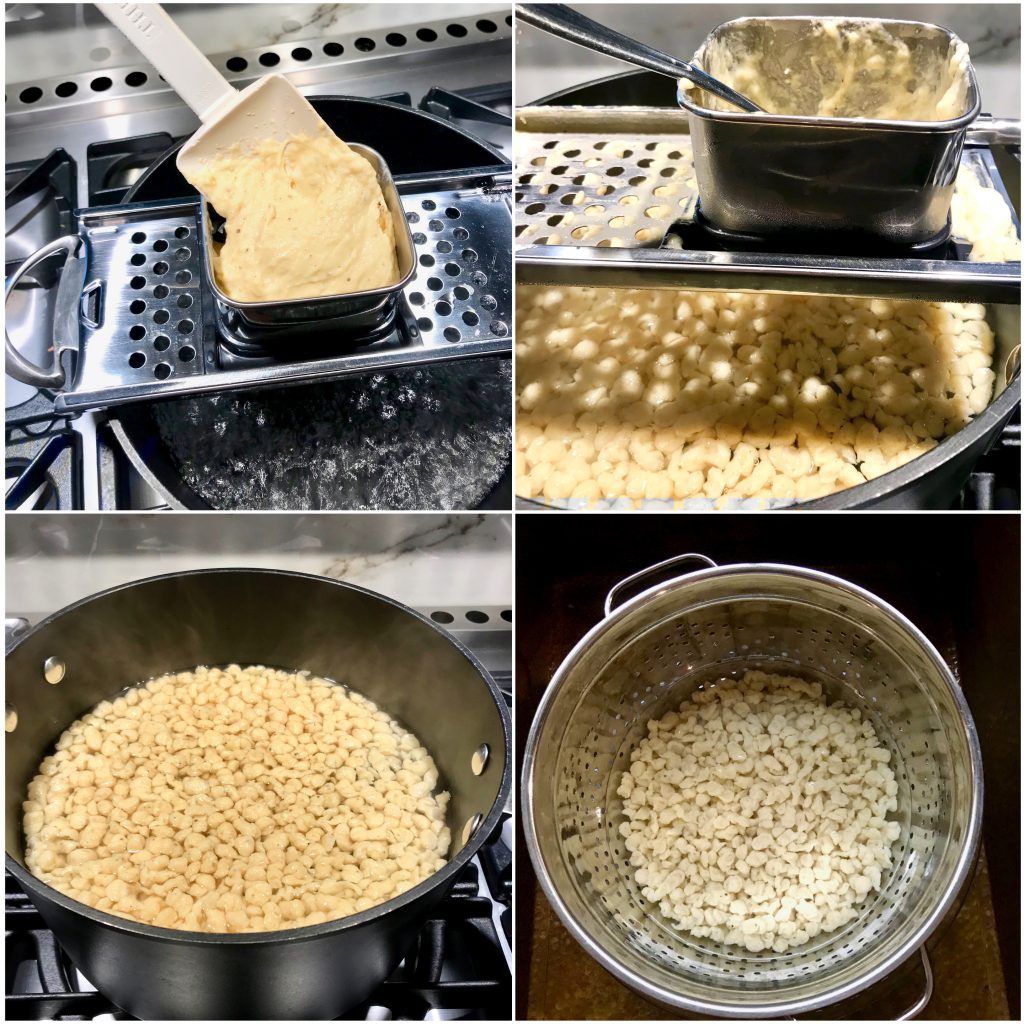 Place spätzle maker over a large pot of boiling water. Spoon the batter into the square container. Slide the hopper back and forth so the dough falls into the boiling water.

Cook spätzle for 4 to 5 minutes until it floats to the top. Use a strainer to lift the little dumplings from the boiling water. Place them in a colander set in a large bowl of ice water.

When the spätzle is cooled, drain, then coat lightly with peanut oil. 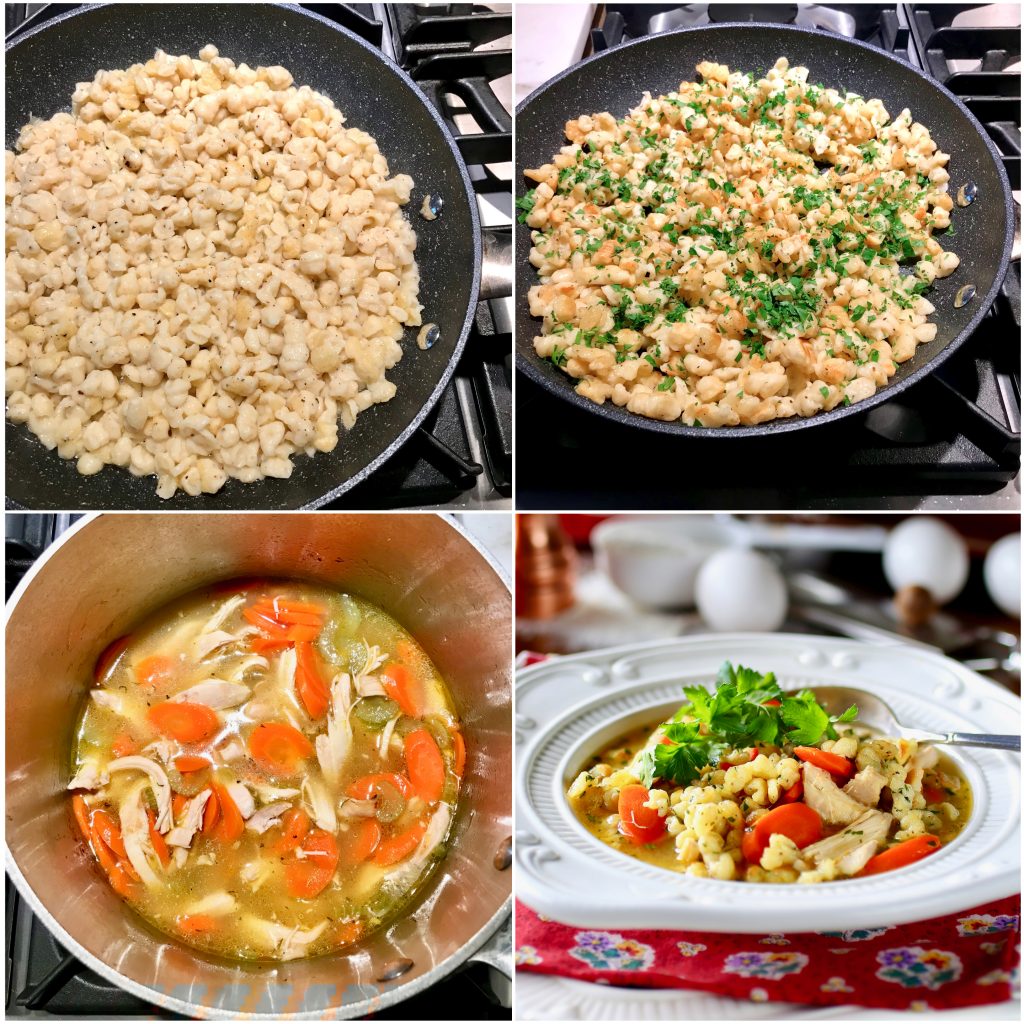 In a large non-stick pan, melt butter, then add spätzle and sauté until it turns golden brown. Remove from heat, season to taste with salt and pepper, and toss with parsley. 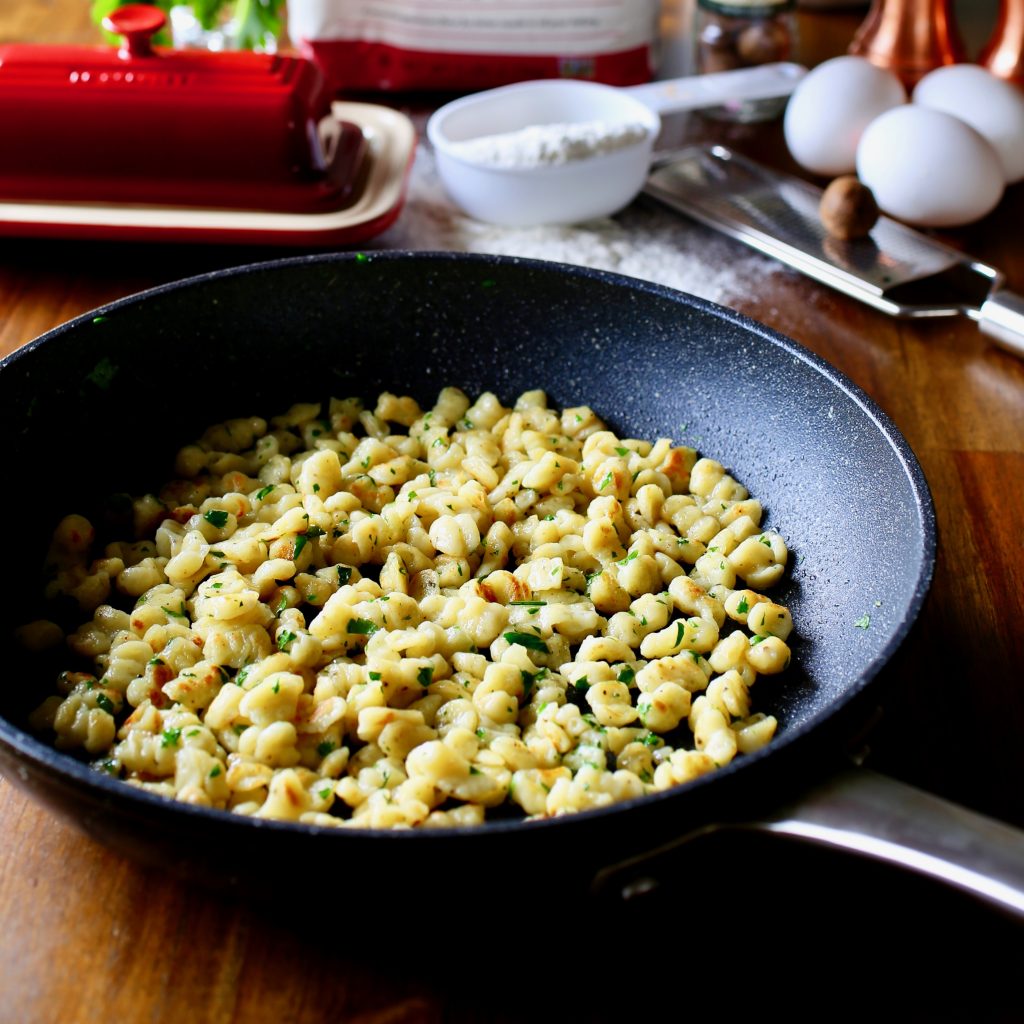 Meanwhile, heat up your favorite homemade chicken soup (here’s my recipe). When the soup is hot, add spätzle and serve immediately. 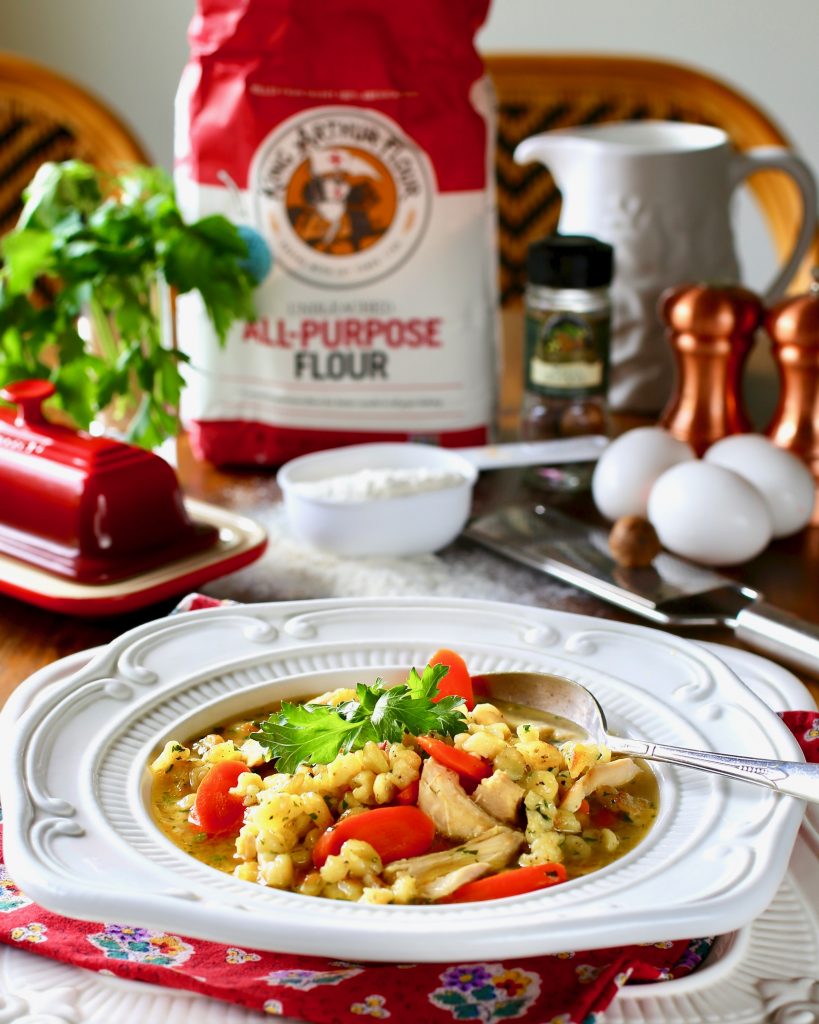 More Chicken Soup Recipes from Taste With The Eyes:

One thought on “Chicken Spätzle Soup”