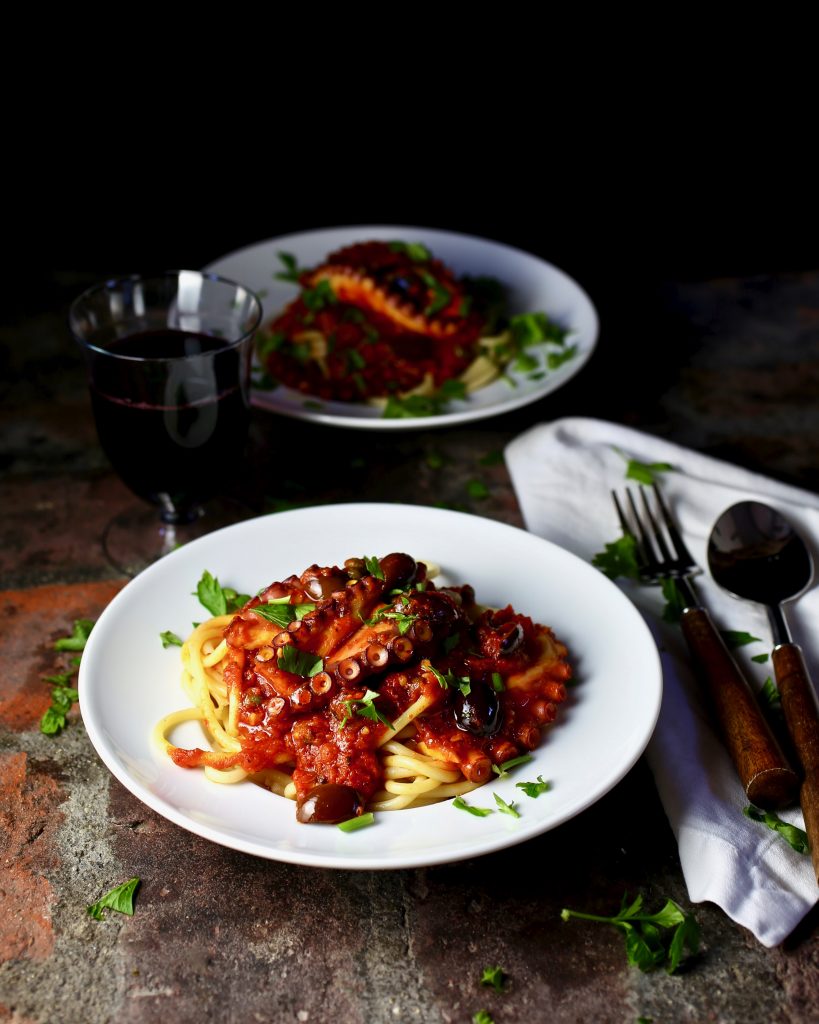 How to Cook Tender Octopus
and
Octopus Pasta

Seriously, there are so many crazy ways to cook tender octopus… from beating it on a rock to slamming it against the side of your sink (ten times no less) to boiling it with wine corks. Or you can massage the cephalopod vigorously with lots of salt until it froths then plunge him into a copper pot full of boiling water. Or you can roast him in a 200°F oven for five (!) hours… 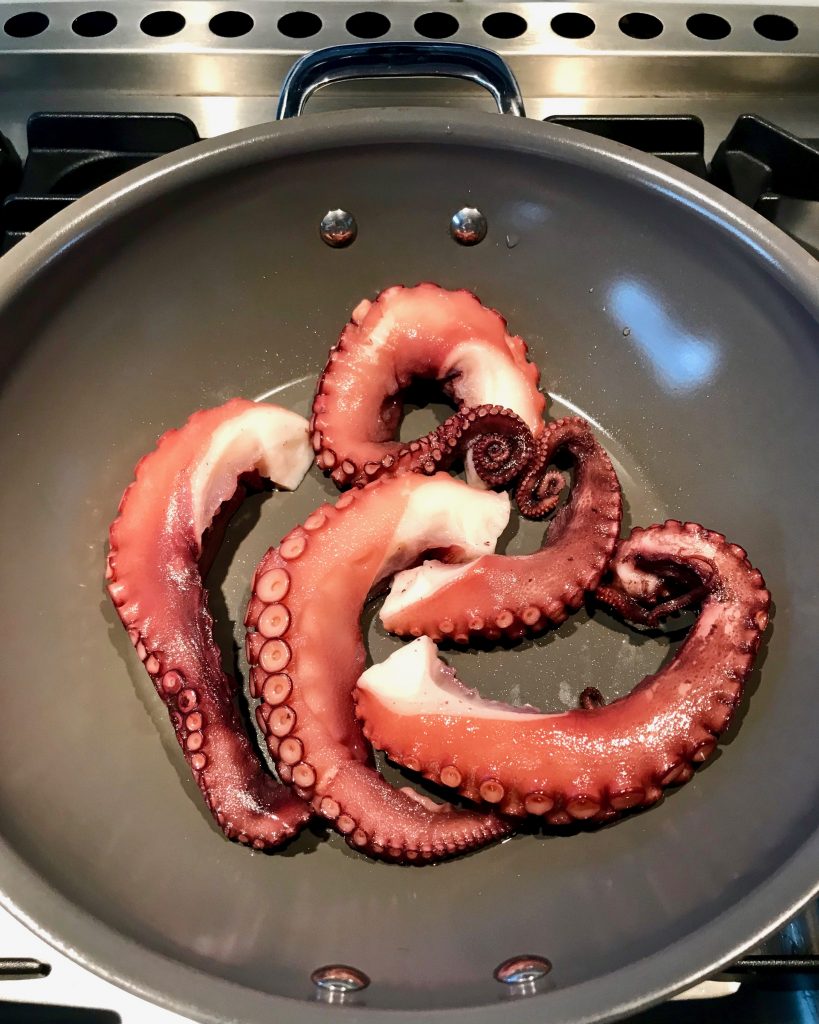 The cooking method actually depends on the type of product with which you start. Here I begin with one pound of Frozen Cooked Spanish Octopus Tentacles (Pulpo Cocido) which is readily available and easy to prepare. This product can be found in the frozen seafood section of Whole Foods Market. Surprisingly, unlike other seafood, octopus’ texture might even benefit from the freezing process so fresh octopus in not considered to be superior.

The octopus is from the Eastern Central Atlantic Ocean, a product of Spain. It has already been cleaned; tentacles have been separated from the head. It was cooked with salt and bay leaves, then frozen. Keep it frozen until the day before use, then thaw overnight in the refrigerator.

Place thawed tentacles in a pot and cover with fresh water. Bring the water to a boil then turn down immediately to a low simmer. Simmer for 5 minutes. Remove the tentacles from the pot and let cool slightly on a platter so they can be sliced.

END_OF_DOCUMENT_TOKEN_TO_BE_REPLACED 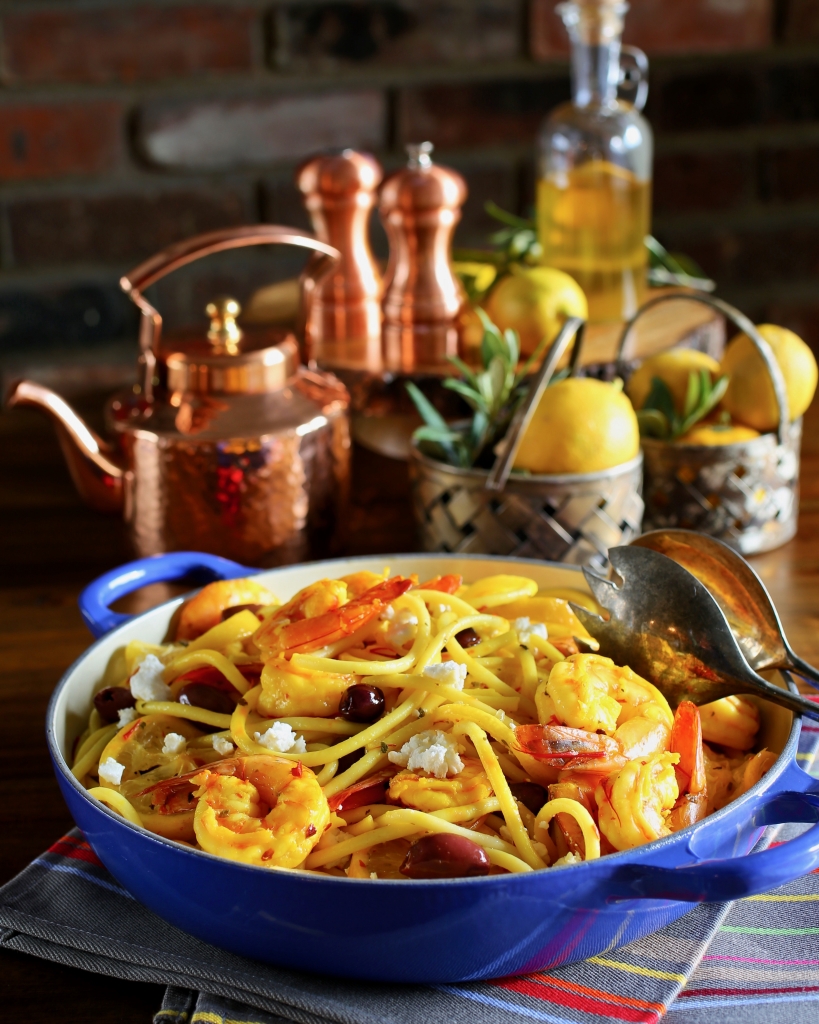 These large plump shrimp have a striking golden hue. Here, the exotic flavor of saffron – that heady spice derived from the dried stigmas of a crocus – takes a simple shrimp and pasta dish to another level.