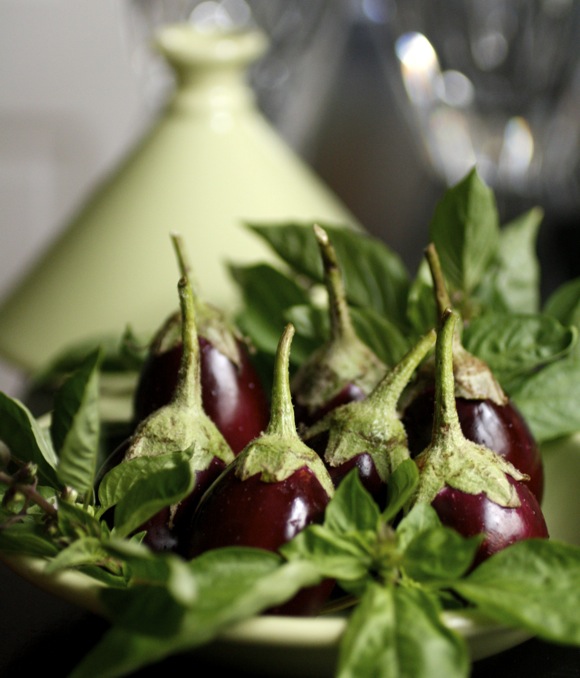 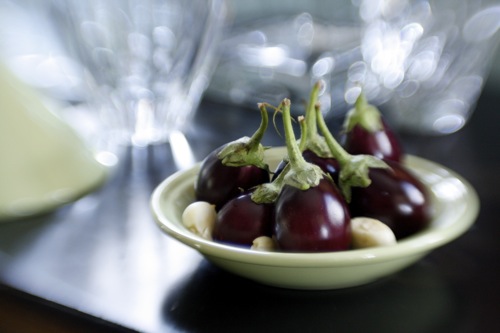 What to cook first in my new baby tagine?  I had been dreaming of a baby tagine ever since our most memorable meal on the 40th Floor of the Chicago Stock Exchange at Everest. Chef Joho serves a vegetable mélange side dish in the most charming vessel.

Cute ovoid Indian eggplants caught my eye at Farmers’ Market this past weekend. So did Thai basil. And we’ve had such success using that batch of lemon confit in many different dishes, pairing with eggplant just sounded like another euphoric combination. Inspired by the Chef, we enjoyed this summery roasted eggplant appetizer with a dry racy Vin d’Alsace Riesling. 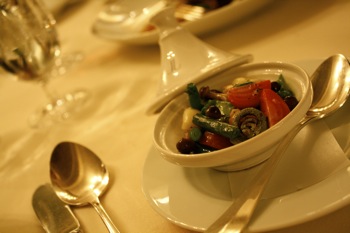 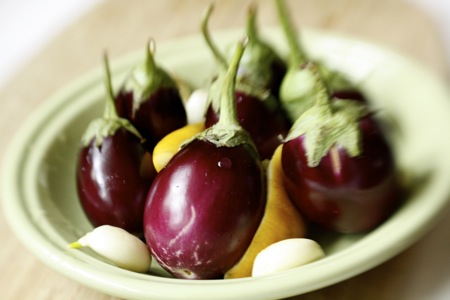 Arrange eggplant in the tagine along with several cloves of garlic and a couple wedges of lemon confit. Unlike the previous recipes, use the entire wedge of the preserved lemon, not just the rind. Make sure to rinse all the salt from the wedges. Add enough olive oil to form a pool at the bottom of the tagine. 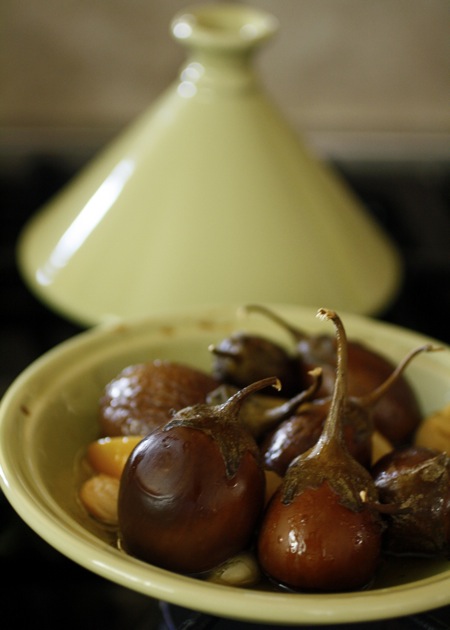 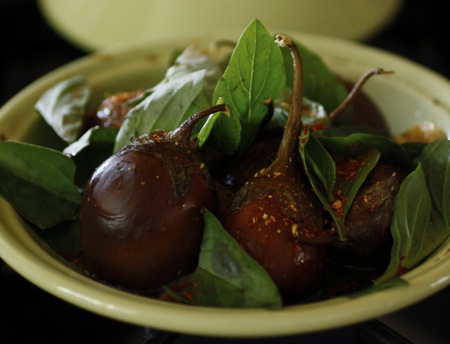 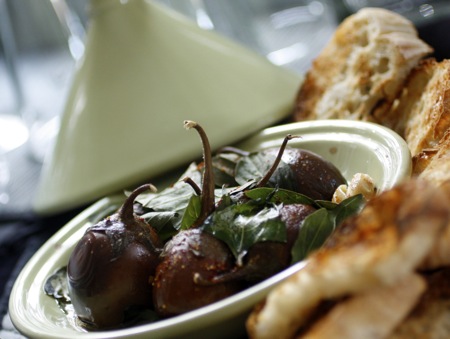 Serve hot from the oven in the tagine with toasted ciabatta. 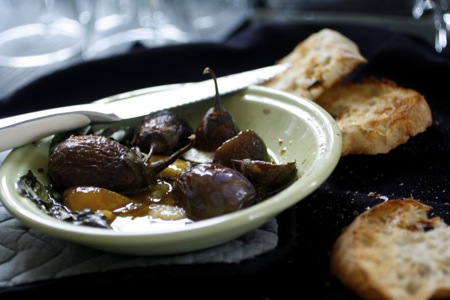 Slice eggplant with a knife. Compose the crostini with a smashed roasted garlic clove, a piece of lemon confit, a slice of eggplant and a few basil leaves. 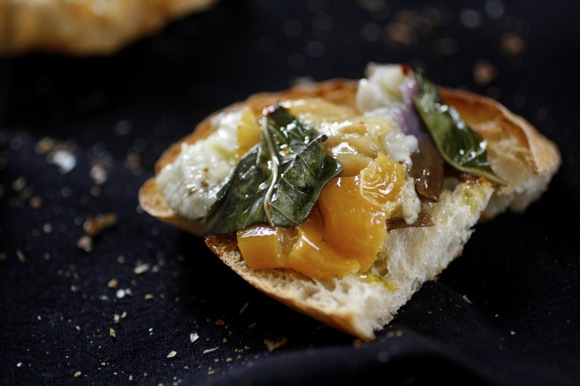 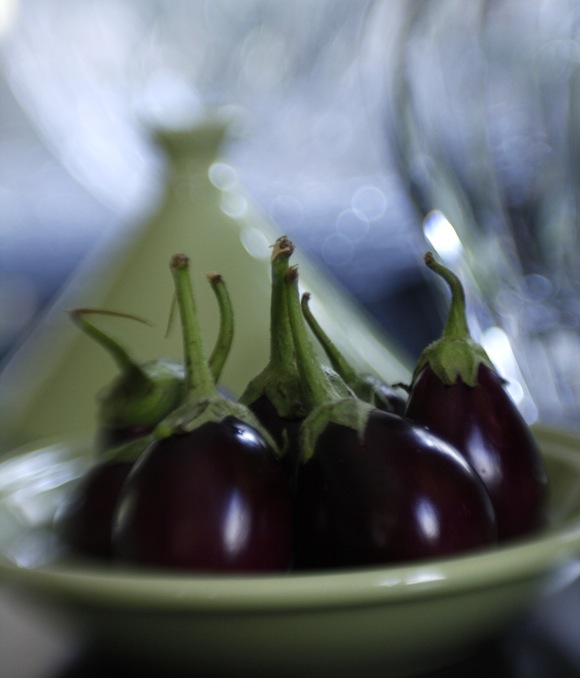 Favorites From Taste With The Eyes Archives: