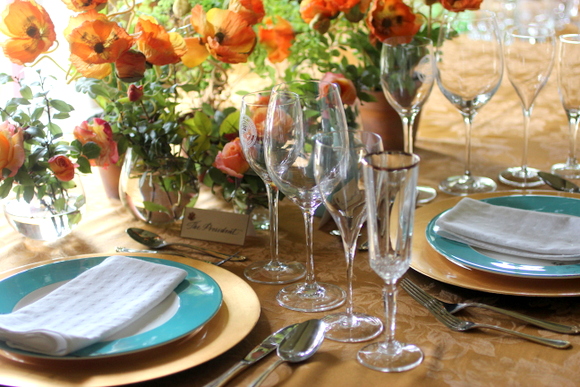 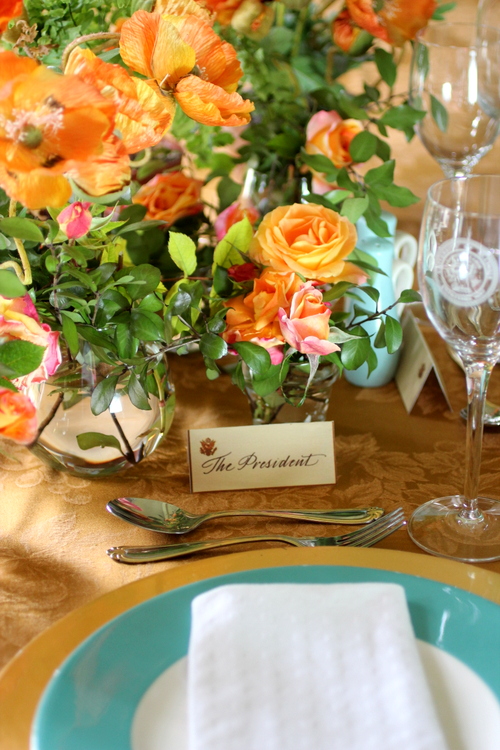 A Re-Creation of the Inaugural Luncheon 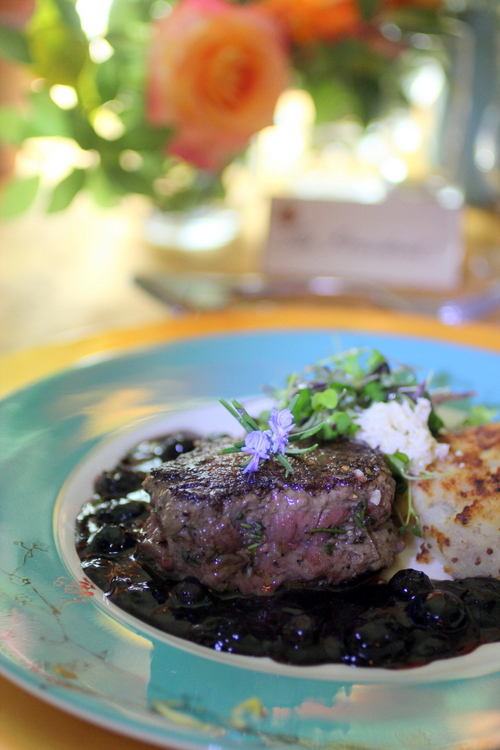 Bison
Served at the Inaugural Luncheon, 2013

Remove the steaks from the refrigerator, remove the large pieces of rosemary and then season with salt and pepper on all sides of bison. Allow the steaks to sit at room temperature for 20 minutes to allow the salt to dilute and penetrate the meat.

Grill steaks on each side for approximately 5-8 minutes for a medium rare steak, depending on thickness of the pieces. Remove from grill and allow to rest for 5 minutes prior to serving.

In a heavy sauce pot, sauté mirepoix for 8 minutes on med heat.

Add the port wine, ½ cup of the huckleberries and demi glace allowing this to reduce by half. Strain through a sieve and return to a clean sauce pot.

Prior to serving bring sauce to simmer and add the chocolate, remaining ½ cup huckleberries and butter. 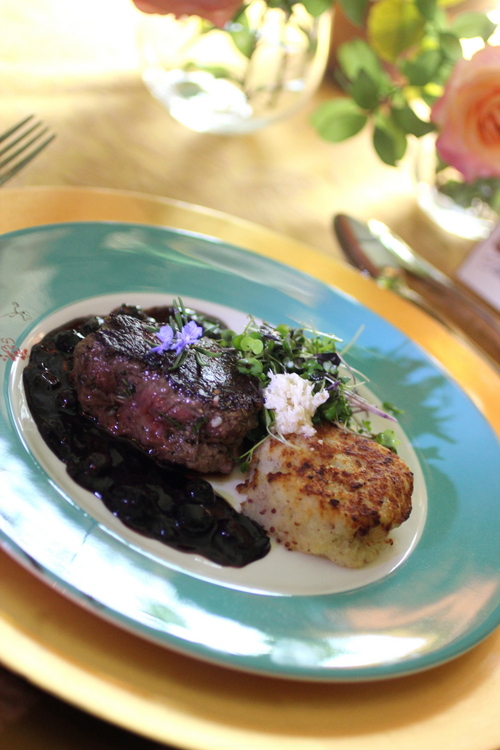 Place potatoes, ¼ to ½ gal water(or just enough to cover potatoes) and 1 tablespoon salt in a heavy bottom pot and bring to a boil.

Allow to simmer for approximately 10-15 minutes until tender. Drain water and allow to sit in strainer for 5 minutes to allow all water to drain.

With a large kitchen spoon, stir and smash potatoes until mixed but still chunky. Adjust seasoning with salt and pepper.

Using an ice cream scoop, portion a 3 oz. scoop onto a greased baking sheet. Form potatoes into a cake shape and top with remaining 1 tablespoon of butter dividing equally among the 10 cakes.

Place potatoes under the broiler for 4-5 minutes or until golden brown. 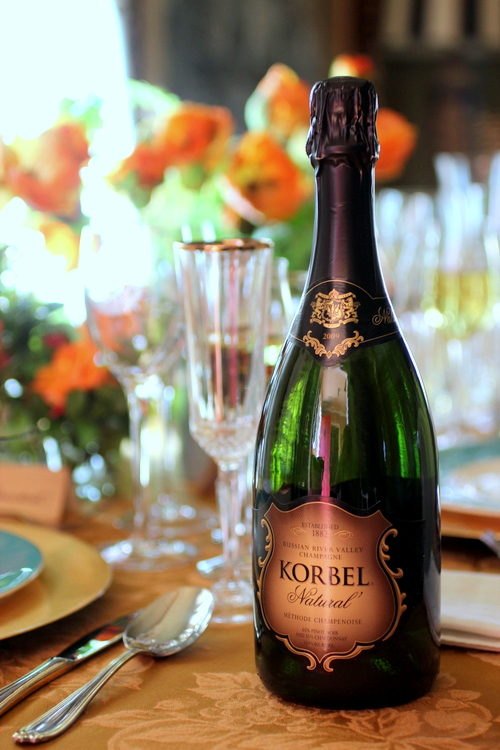 Wine
Served at the Inaugural Luncheon, 2013 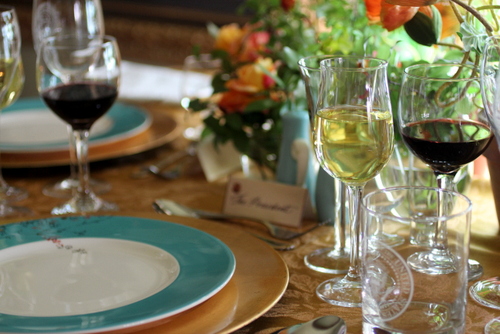 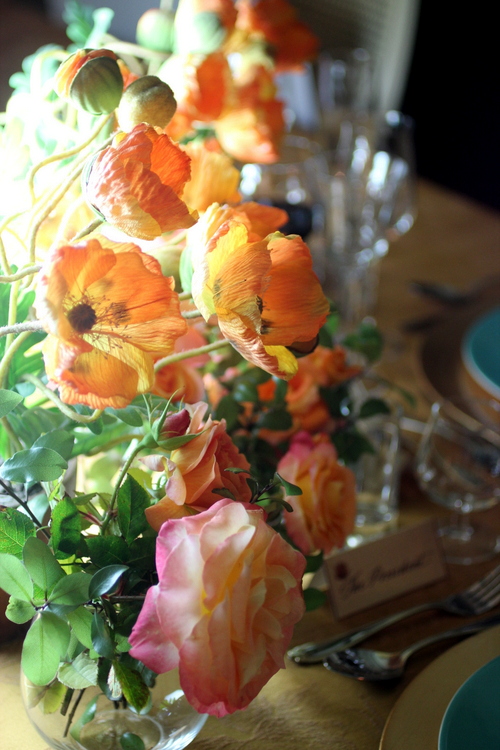 Centerpieces
Jack Lucky Floral Design was the florist that composed the striking orange ranunculus arrangements for the President’s Inaugural Luncheon. Our table had a mix of Day Breaker Floribunda Roses from my garden plus orange poppies. 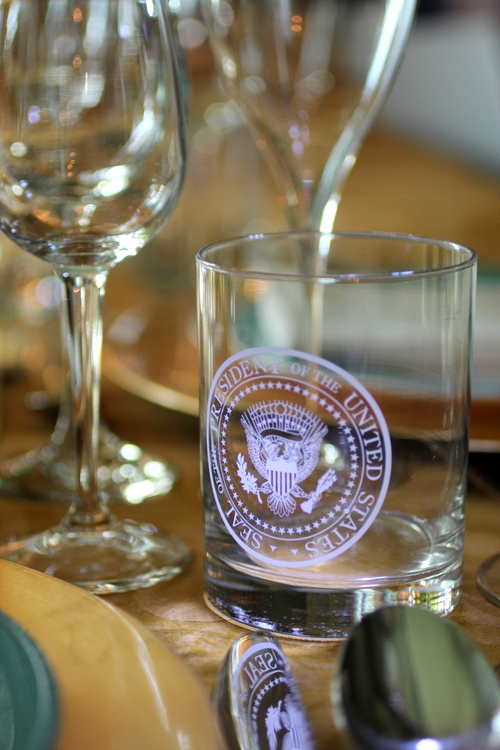 Since 1901, the Joint Congressional Committee on Inaugural Ceremonies has been responsible for the planning and execution of the swearing-in ceremonies and the luncheon for the Inauguration of the President of the United States at the U.S. Capitol. Read more about the 57th Presidential Inauguration and the interesting history of Inauguration Days here.

18 thoughts on “Celebrating Democracy: A Re-Creation of The Inaugural Luncheon”