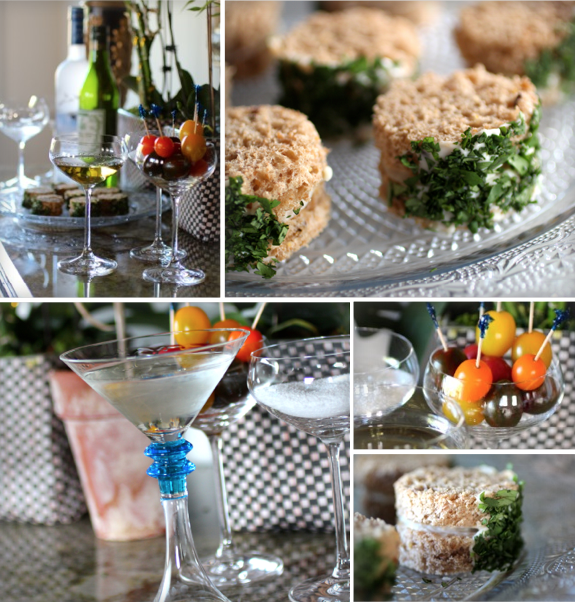 Simple and Sublime. Tomato and Onion. Plus my favorite cocktail, and yours. He wrote the first major cookbook devoted exclusively to cocktail food and drink in 1940! His entertaining advice is pithy, precious, and ultimately timeless. These bites are not meant to satiate, but to leave one hungry, hungry for what comes next…

“The food, no matter how simple, should show some degree of imagination,” wrote James Beard, Dean of American Cookery.

When James Beard died at 81 on January 21, 1985, he left a legacy of culinary excellence and integrity to generations of home cooks and professional chefs. His name remains synonymous with American food. – from James Beard Foundation 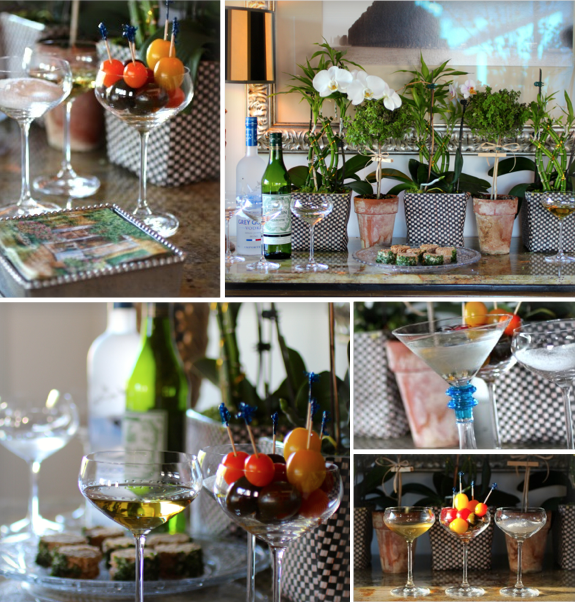 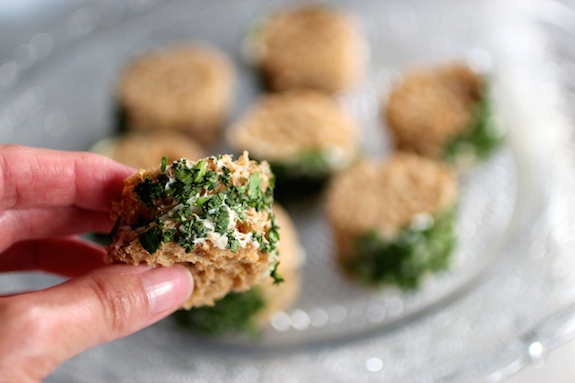 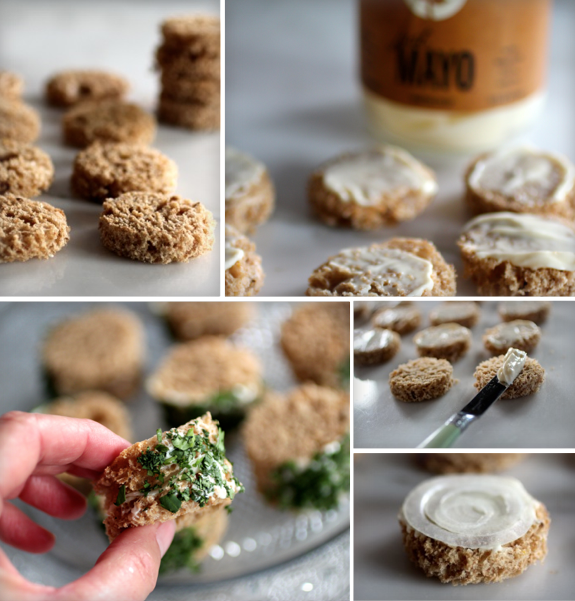 Slice bread into small rounds with a cookie cutter. Spread one side of each round with mayonnaise. Make a sandwich by placing a few slices of onion between the rounds. Season with salt and pepper. Spread mayonnaise along one-third of the edge of the sandwich and roll in chopped herbs. 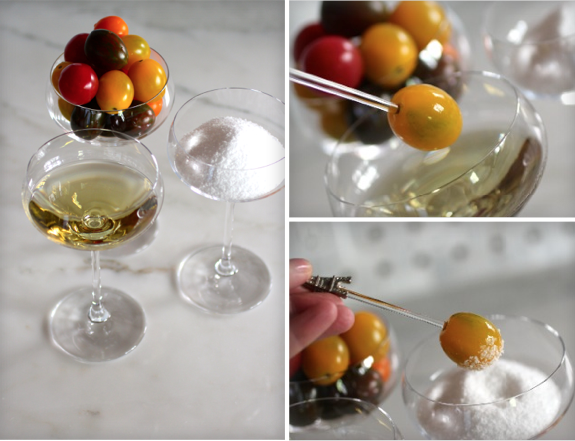 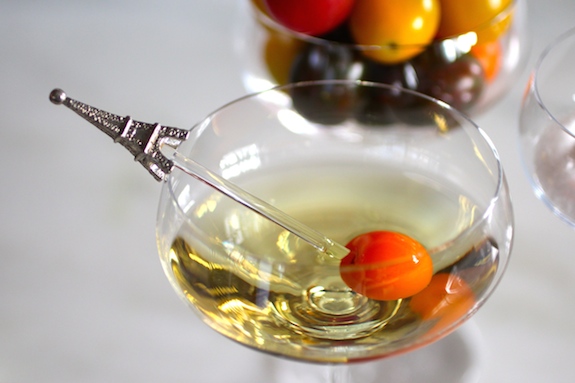 While Mr. Beard was not particularly fond of vegetable crudités, he did advocate giving a fresh sweet cherry tomato a dunk in vodka, and a dip in salt, then a pop into the mouth – for an adult flavor burst.

To add drama to the cocktail party, my version substitutes the mysterious absinthe for vodka. Its image invokes danger and risk. Its production was illegal since the beginning of the twentieth century because it contained a specific type of wormwood, Artemisia absinthium. Wormwood contains small amounts of thujone, a compound once thought to affect the mind. Now it is believed that absinthe’s ill-health and hallucinatory characteristics were caused by alcohol poisoning due to its high alcohol content.

After almost a century, real absinthe is legally available in the US. Absinthe’s flavors of herbs, botanicals, fennel and anise are extraordinary, the elixir makes a bold and unique pairing with tomatoes and salt… 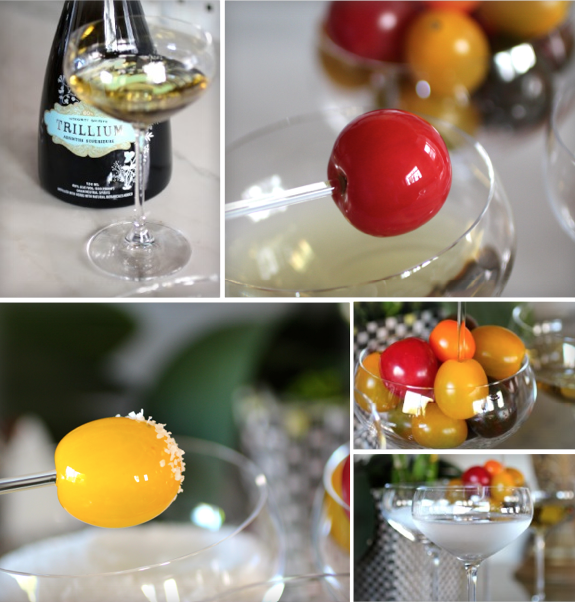 “Hors d’oeuvre means ‘outside the meal’ and regardless of how many different sorts may be provided ‘outside’ or before any one meal, there is but one meal or oeuvre, so that, in French, oeuvre remains in the singular and hors d’oeuvre is never written hors d’oeuvres.”
-Andre Simon’s French Cook Book 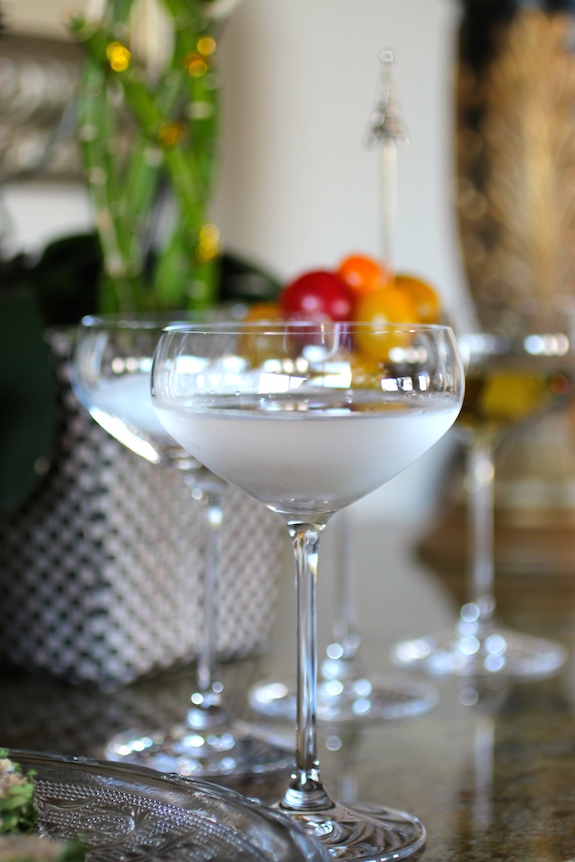 Summer Soiree is a season long franchise where Food Network editors team up with bloggers to share recipes about everyone’s favorite summer dishes. Be sure to check out the Pinterest Board with over 200,000 followers called Let’s Pull Up A Chair! 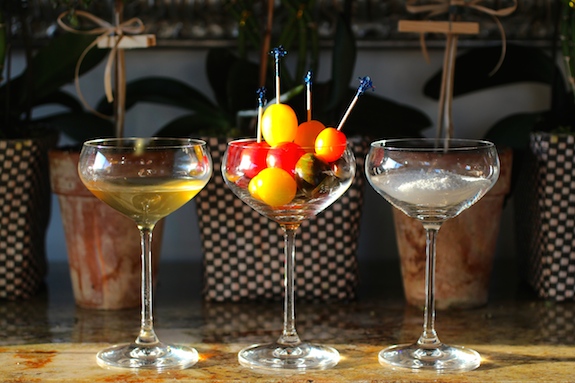