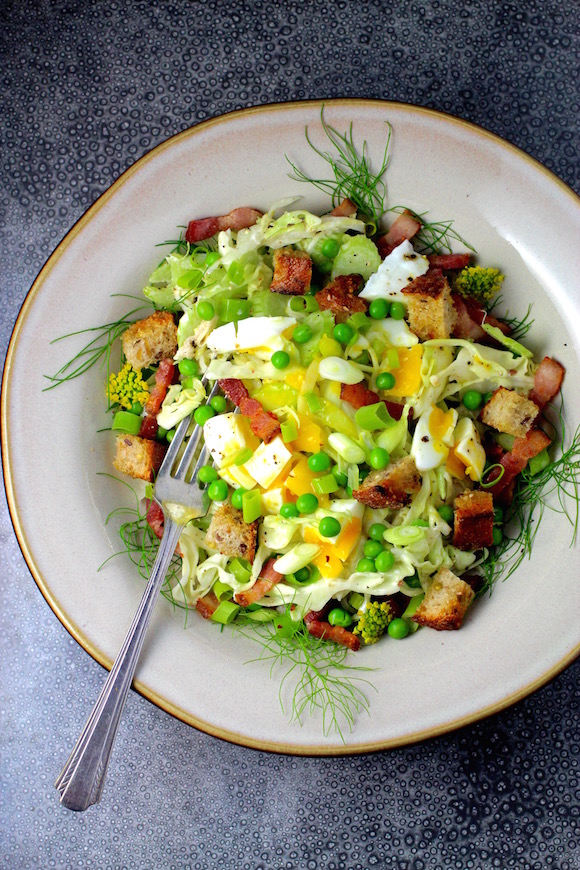 I just blinked an eye and my fennel bush grew four feet. And those umbels of petite yellow florets seemed to suddenly appear too. I didn’t want to harvest the bulbs – the plant is so pretty in the garden with its bright feathery leaves – but I did want to use those fronds and flowers in a dish. It turns out that my friends at Food Network are featuring all kinds of SLAW this week,  so I started with fennel and cabbage (from the farmers market) as a base and built this delightful salad from there.

Unlike most slaws, it is served slightly warm. And there are many flavors and textures in the dish that harmonize with each other. It is flexible too – going low-carb or gluten-free? Just leave out the croutons. Vegetarians can omit the bacon. Everyone can still be happy. Guaranteed. 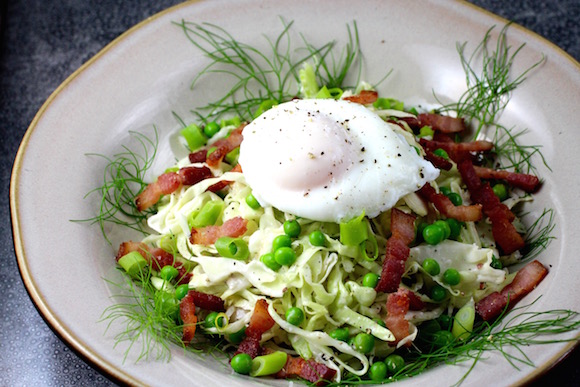 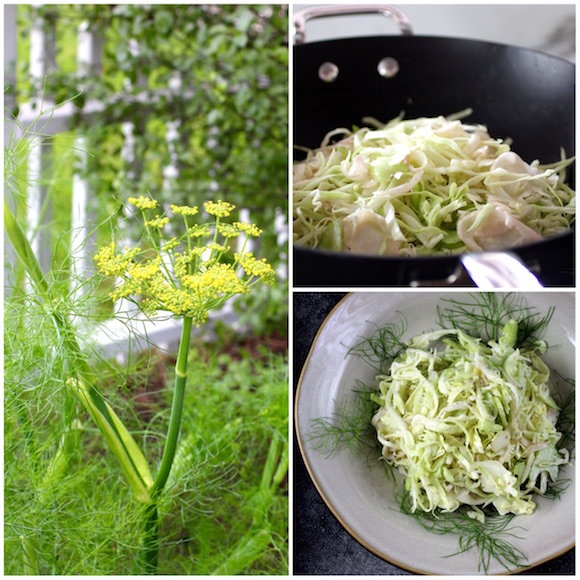 Cook peas in simmering water for four minutes. Shock in an ice bath to retain bright color. Drain and set aside. Let come to room temperature.

Cook bacon in a wok pan until medium-crisp. Remove to a paper towel and keep warm. Remove most of the bacon fat from the pan, leaving about a teaspoon. Over medium heat, add vinegar to the pan, then add fennel and celery. Cook for one minute. Turn off the heat. Let cool slightly. Toss in the cabbage. Add enough mayonnaise to coat the mixture. Season with salt and pepper. 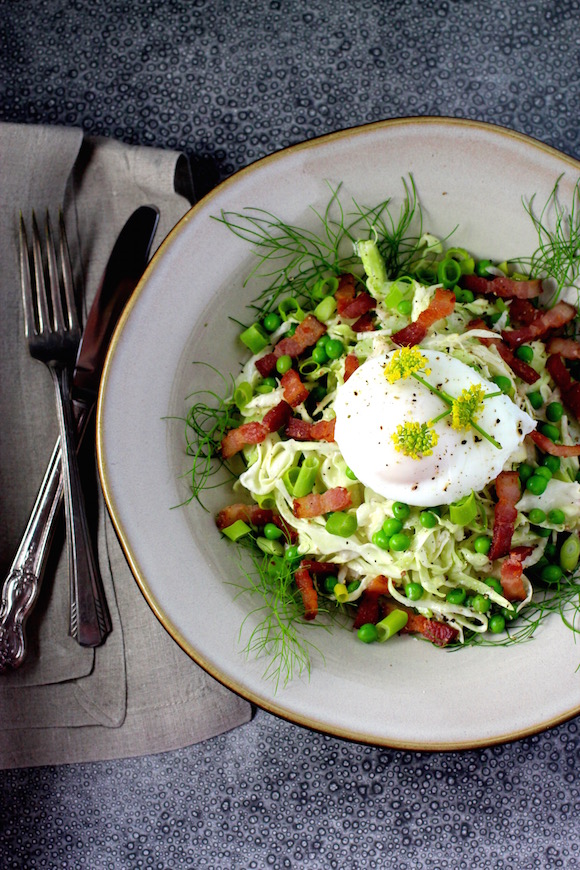 Arrange fennel fronds on a plate. Place warm slaw over the fennel fronds. Sprinkle with bacon lardons, peas, and scallions. Top with a poached egg. Season with salt and pepper. Garnish with fennel flowers (which have a surprisingly bright licorice flavor). 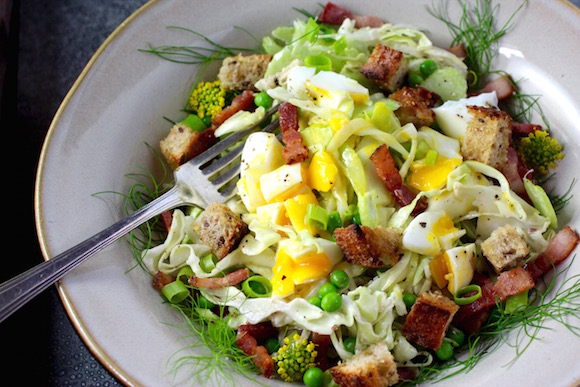 Brush pieces of whole grain bread generously with olive oil on both sides. Toast until crisp. Rub a raw garlic clove over the warm toast. Cut the toast into cubes and place about the slaw mixture.

Summer Soiree is a season long franchise where Food Network editors team up with bloggers to share recipes about everyone’s favorite summer dishes. Be sure to check out the Pinterest Board with over 300,000 followers called Let’s Pull Up A Chair!

And if this Fennel and Cabbage Slaw with Bacon, Egg, Peas got you in the mood for all things slaw – you might enjoy taking a peek at other cabbage-centric recipes from some fabulous bloggers below… 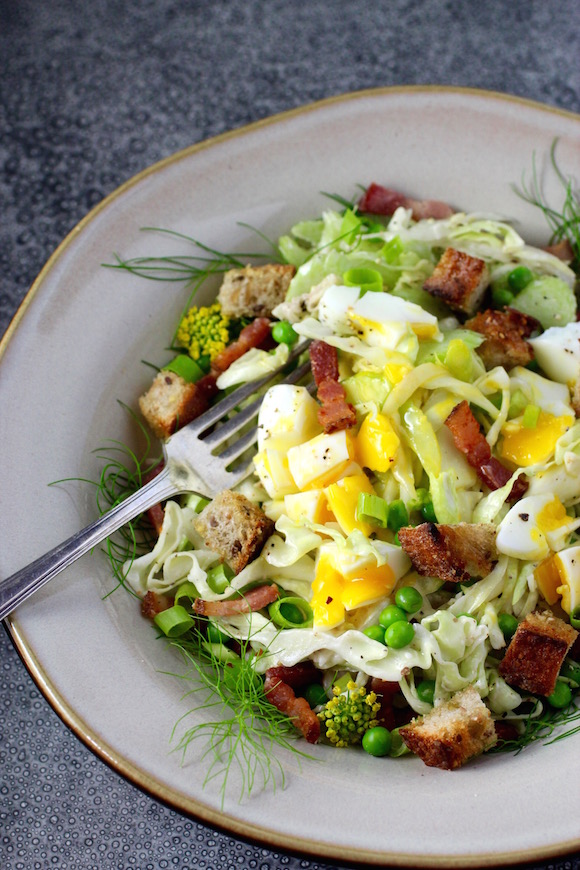 8 thoughts on “Fennel and Cabbage Slaw with Bacon, Egg, Peas”