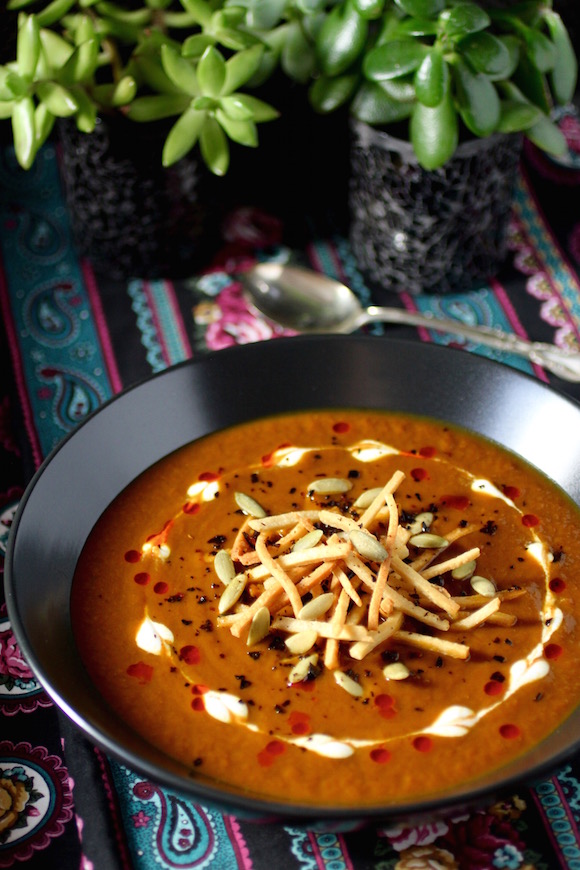 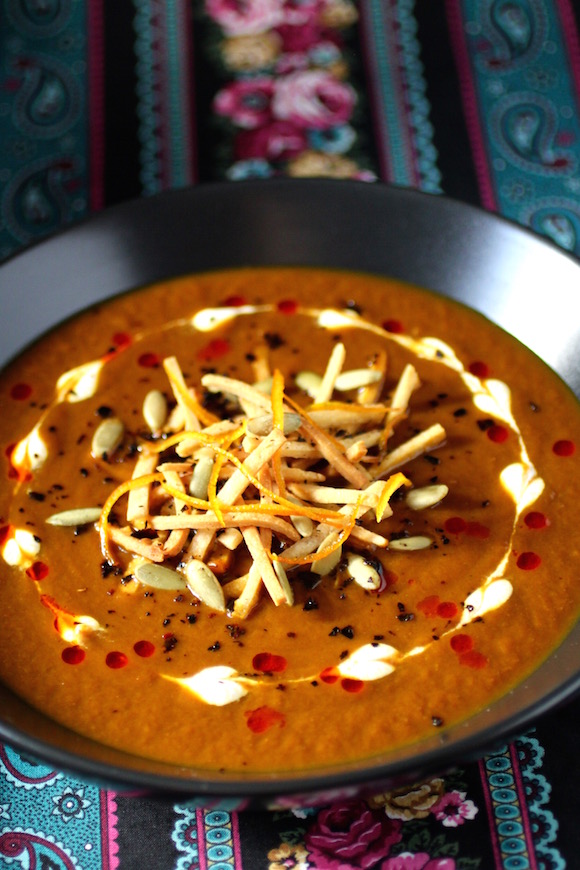 Remove bay leaves and allow soup to cool somewhat. Blend to a smooth consistency in a blender in two batches, adding a half cup of orange juice to each batch. Add some water if the soup is too thick. As always, take care when blending hot liquids. Season with salt and maple syrup to taste. Return the soup to a clean pot. 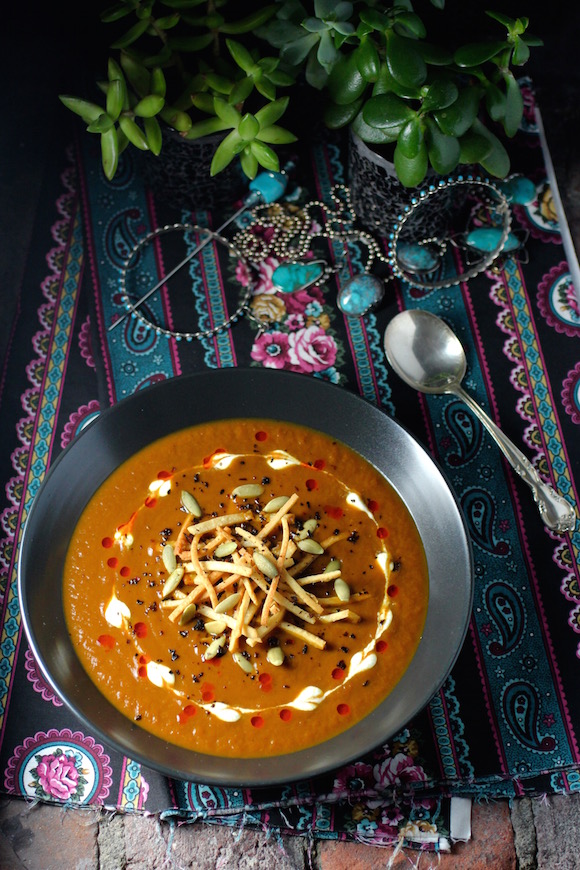 Break the chiles de arbol in half and shake out the seeds. Fry in a small amount of canola oil until the chiles turn color. Remove the chiles to a paper towel. Chop the chiles into flakes. Reserve the oil to season the soup. Add a pinch of smoked paprika to give it a deeper red color.

Mix Mexican crema with a dash of ground cinnamon. Place in a squeeze bottle in order to make crema dots. 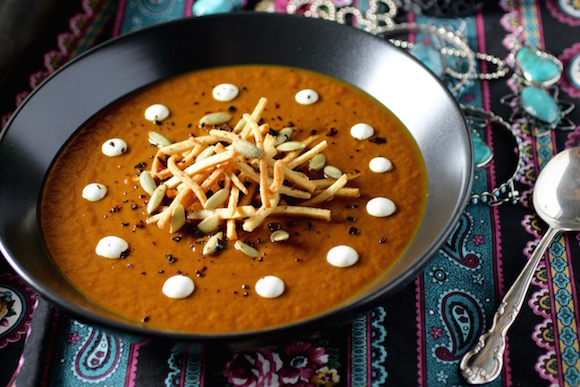 Reheat the soup. Ladle into warm bowls. Place dots of cinnamon crema around the perimeter. Stack tortilla strips in the middle of the soup. Sprinkle with pumpkin seeds and chile de arbol flakes. Use a skewer or any pointy tool to spread the crema in a pattern. Add drops of chile oil. Use a tweezers to top with candied orange zest (it’s sticky).

Ancho Chiles from my friends at Marx Foods.

The idea to flavor Mexican Crema with Cinnamon from Bobby Flay’s Mesa Grill.

#FallFest is a season long franchise where Food Network editors team up with bloggers to share recipes about everyone’s favorite autumn dishes. You might enjoy taking a peek at other PUMPKIN recipes from some fabulous bloggers below… and be sure to follow our very popular Pinterest Board with over 325,000 followers called Let’s Pull Up A Chair! 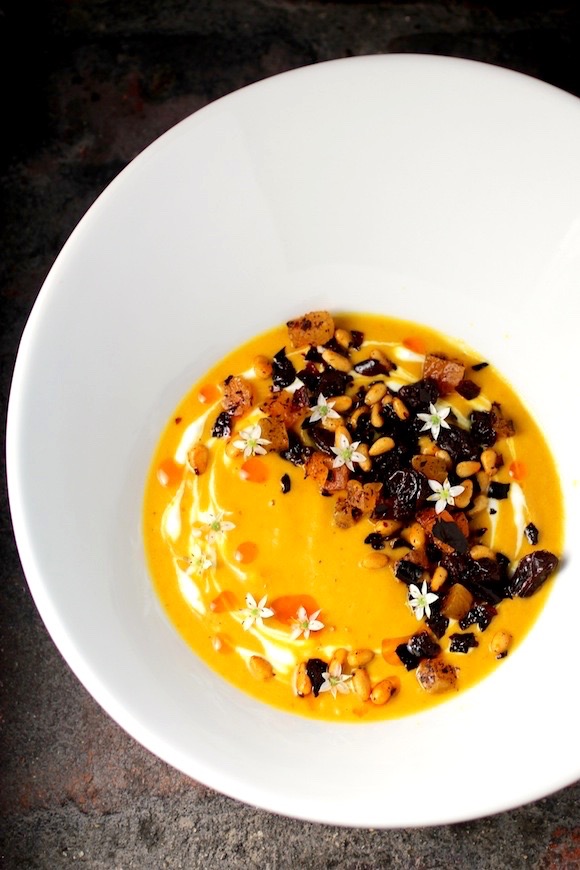