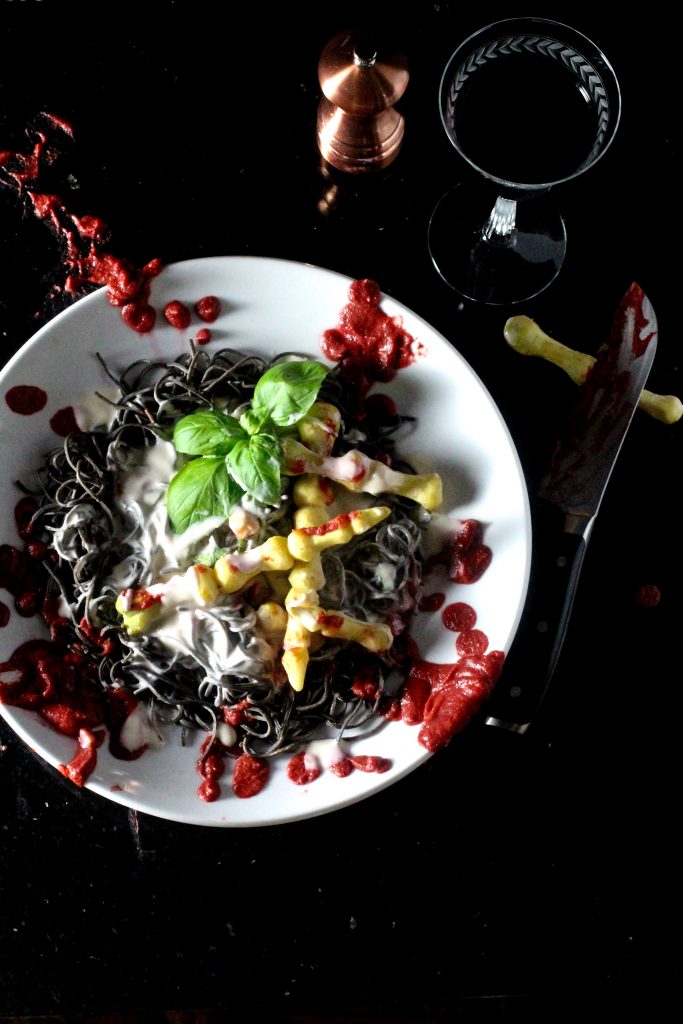 Are you wondering what to serve for dinner on HALLOWEEN night? Something delicious and nutritious to counter-balance all that candy? SCARE your family with Spaghetti AFRAID-O!

It is a downright DISTURBING dish where alfredo and marinara sauces depict DEATH or at the very least, some SEVERE INJURY as FINGER BONES are MANGLED among BLACK bean spaghetti.

The idea for this dish came to me in a NIGHTMARE, it is the second in a series of three original FRIGHTFULLY fun and flavorful BLACK bean spaghetti recipes developed for my friends at Explore Cuisine.

The challenge was to create three HORRIFYING recipes. They needed to be GORY yes, but also DEVILISHLY delicious. This one is organic, meatless, gluten-free, and lower-carb too. 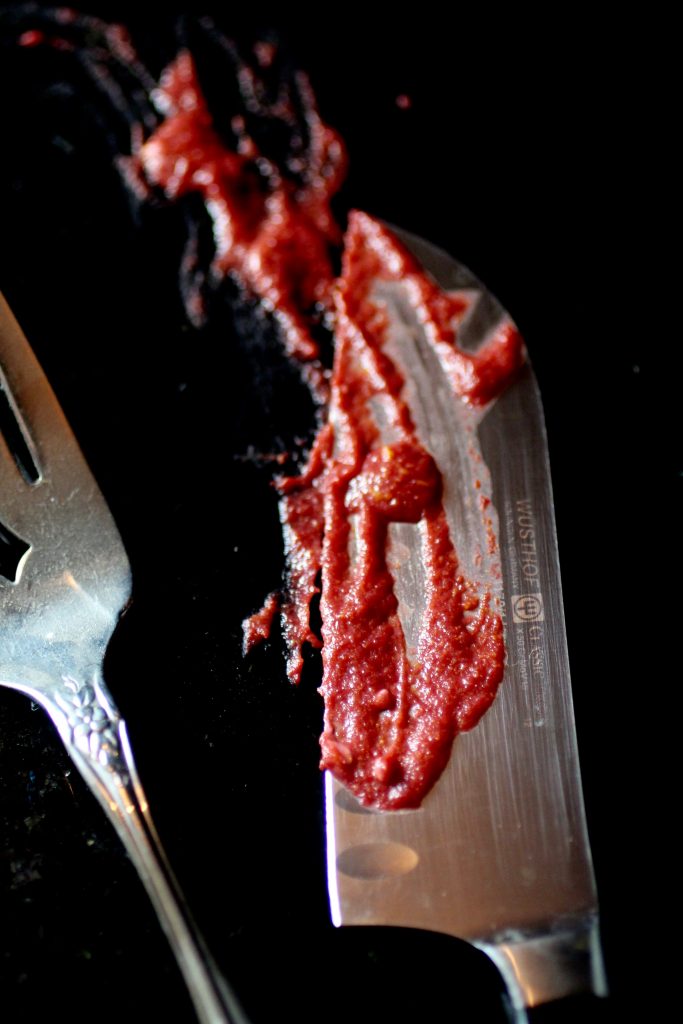 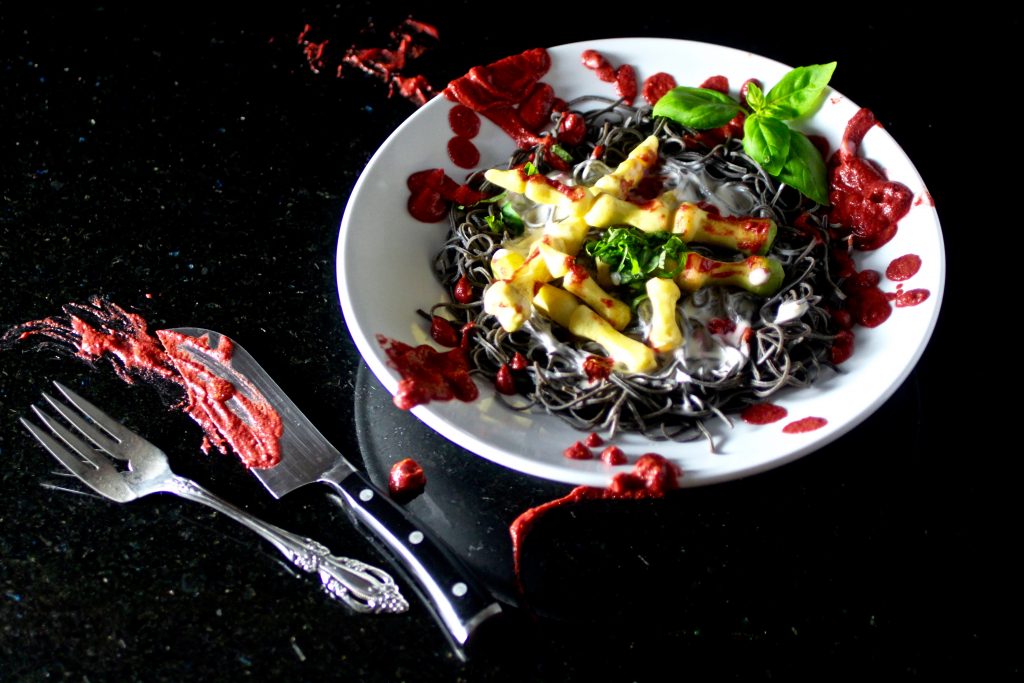 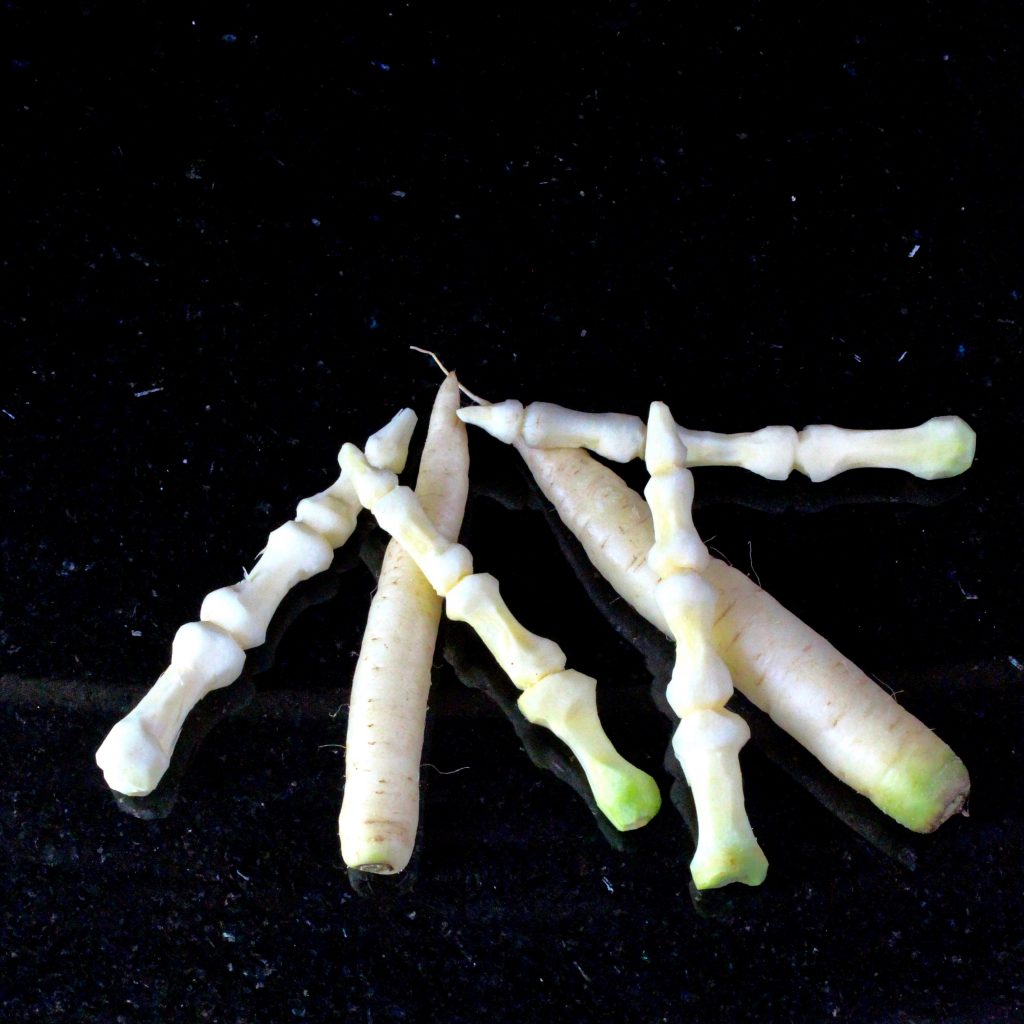 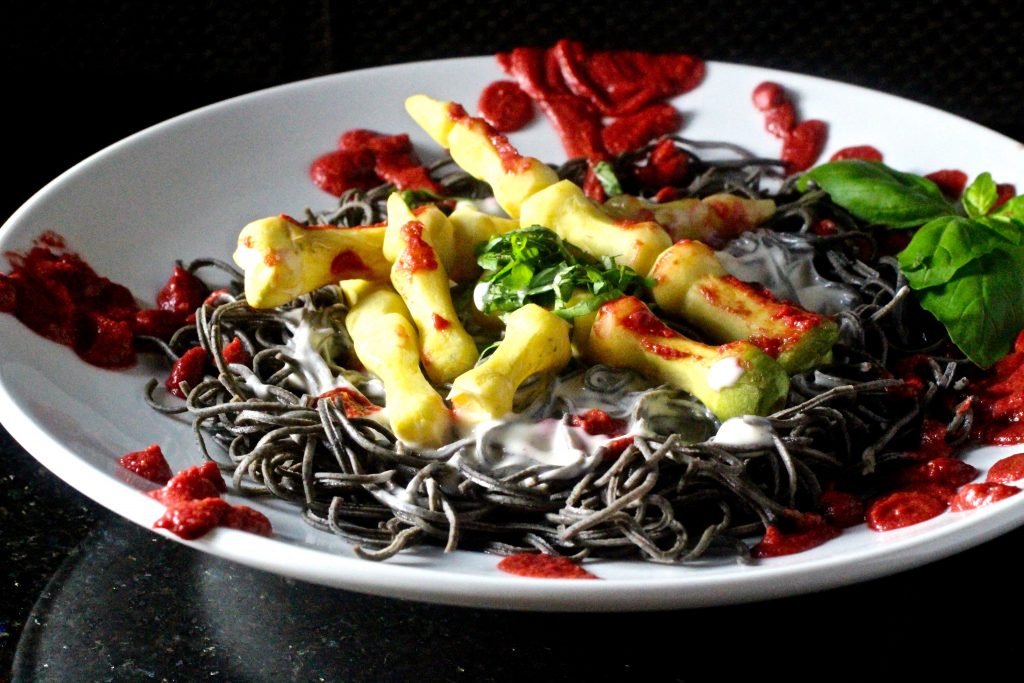 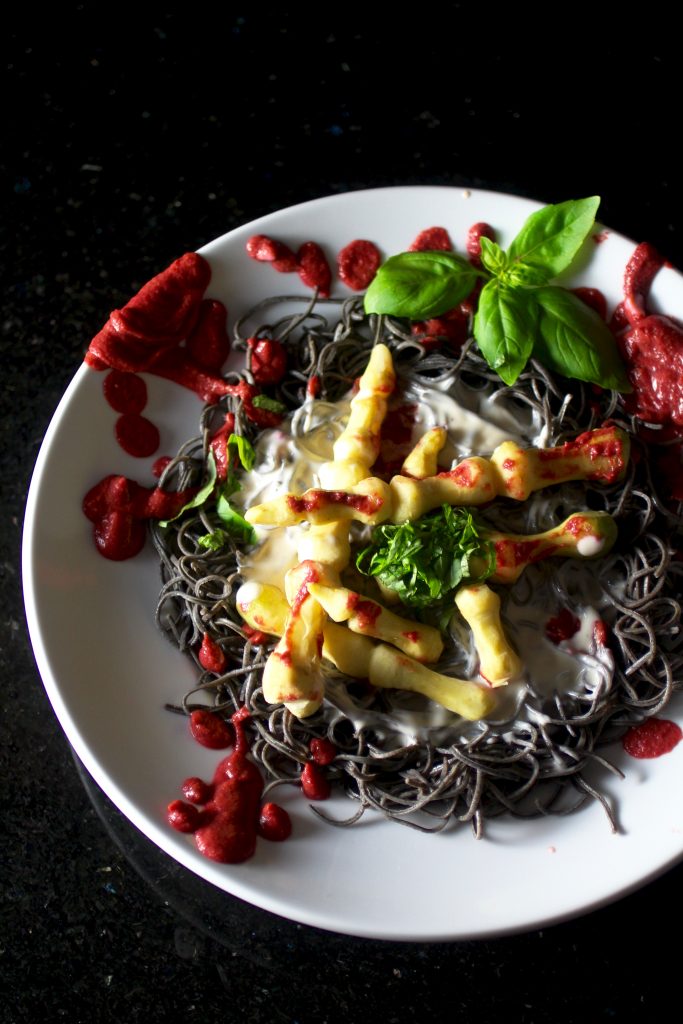 Ladle alfredo sauce over the center of the spaghetti, allowing black spaghetti to show around the edges.

SPLATTER marinara sauce over the entire dish, in a GRUESOME manner. Smear “blood” on the bones.

Garnish with basil, because even GHASTLY meals need a pretty garnish.

(There will be extra sauce left over). 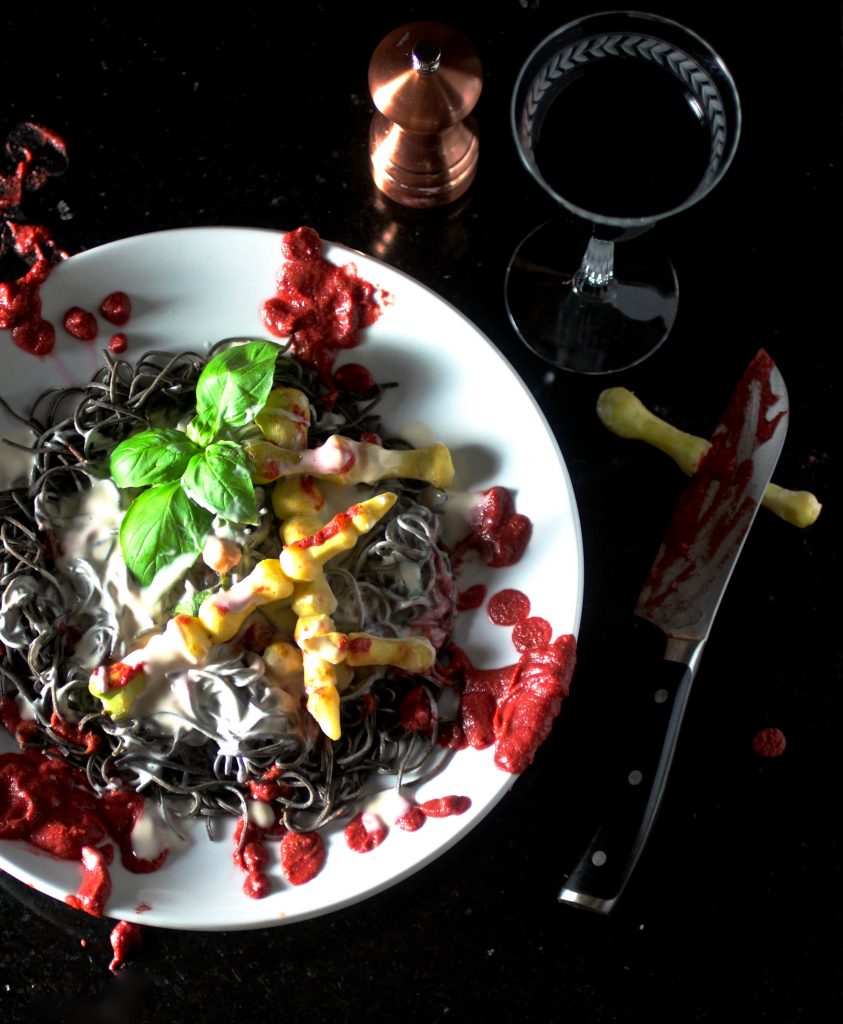 A phalange makes a good knife-rest.

Serve with a nice glass of Chianti. 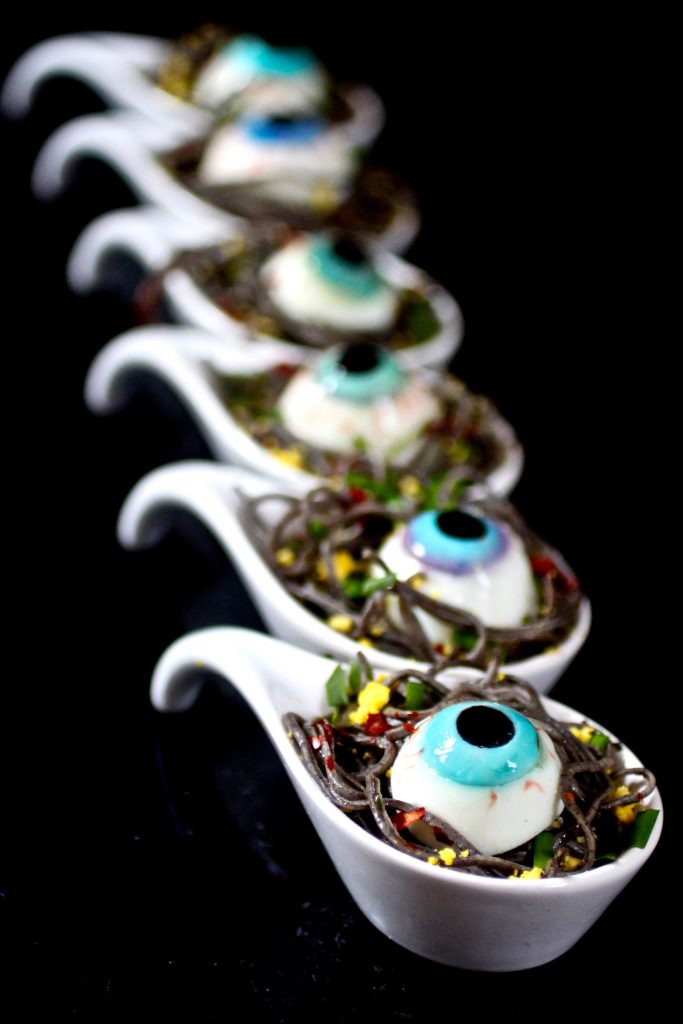 Many thanks to my talented friend Lauren for her help with this fun project!

You may see my halloween recipes and images on other sites, as long as credit is properly given, they have permission to use my images .