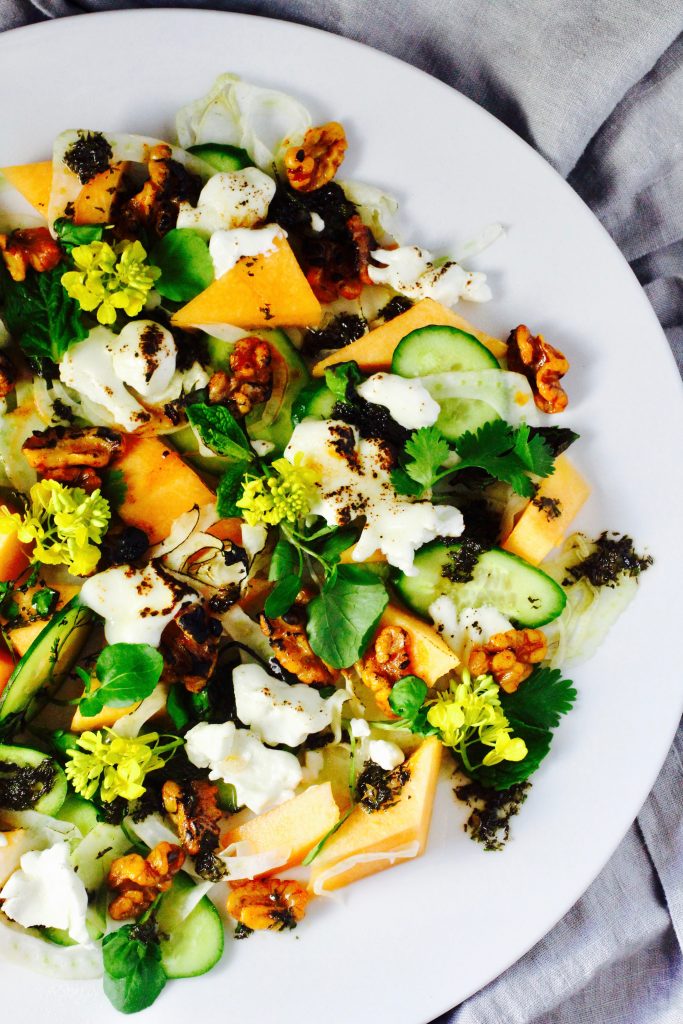 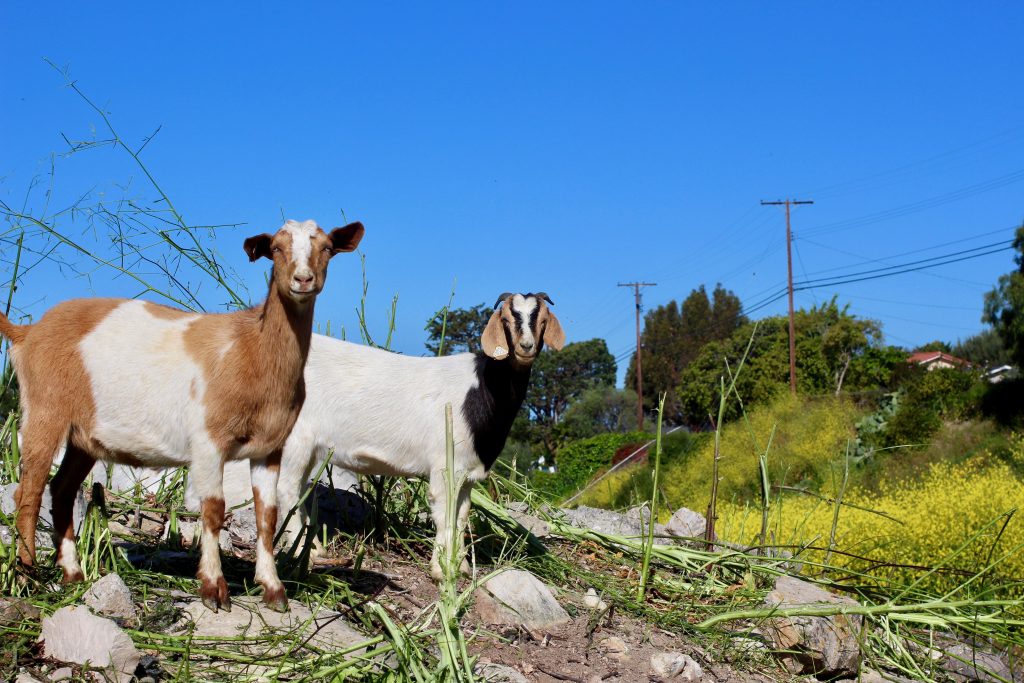 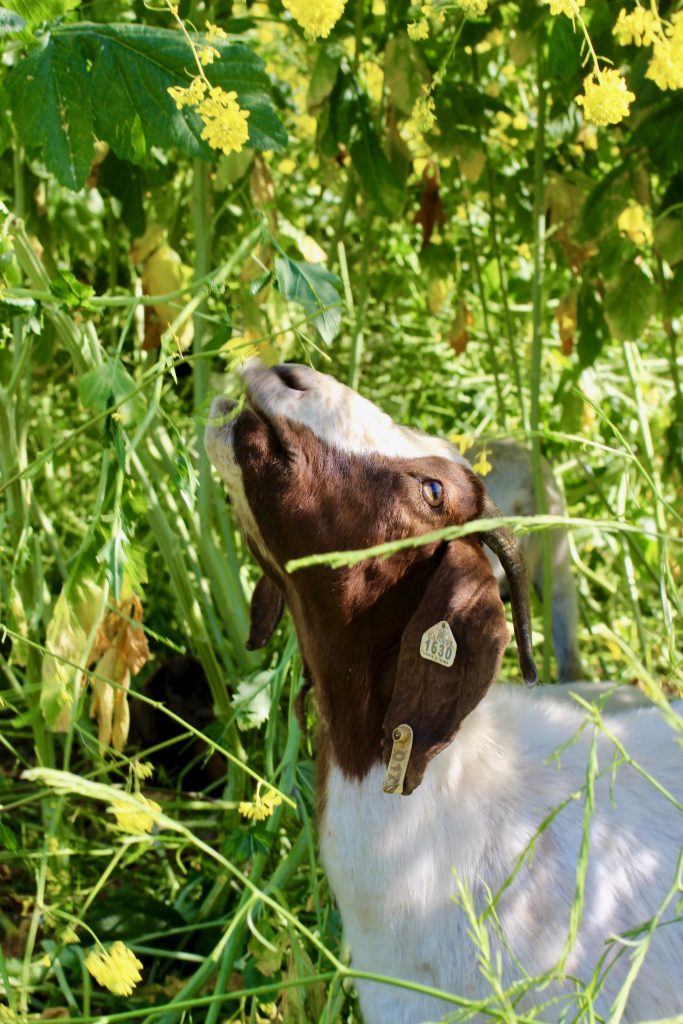 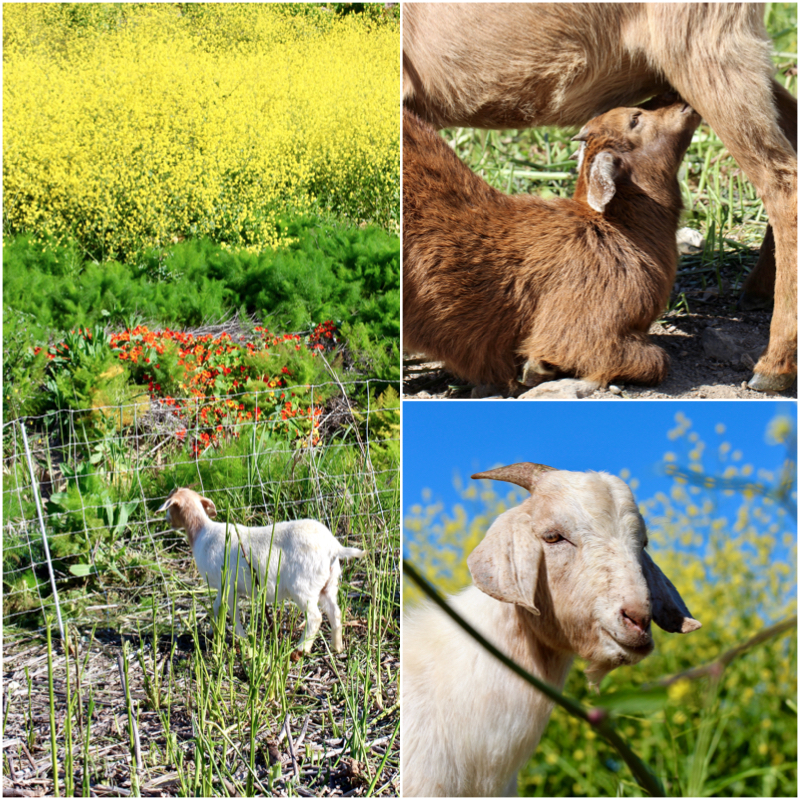 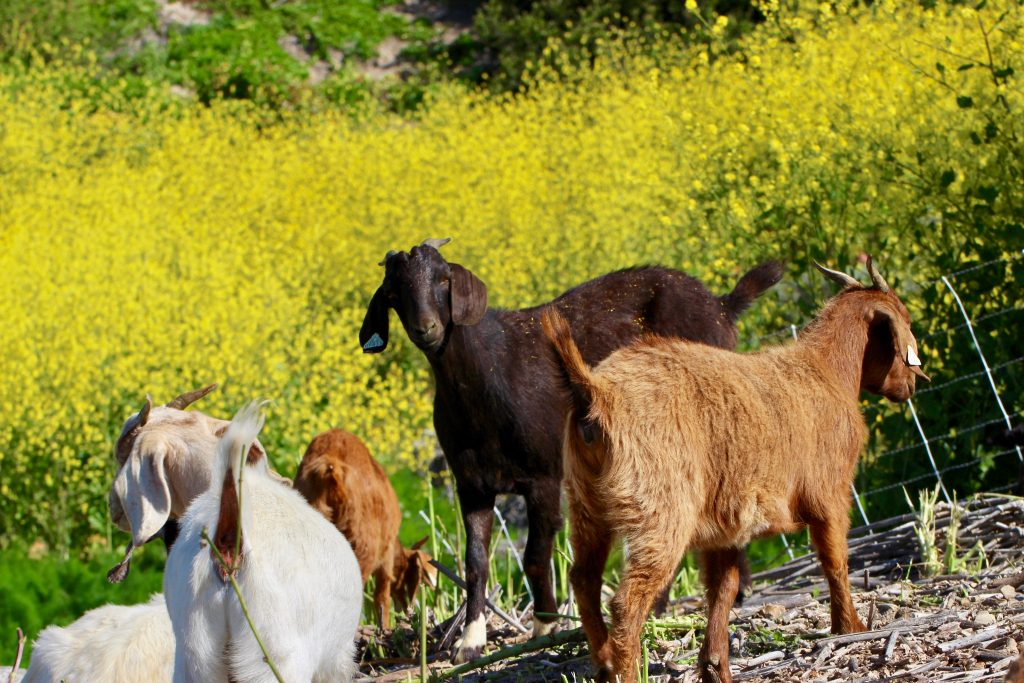 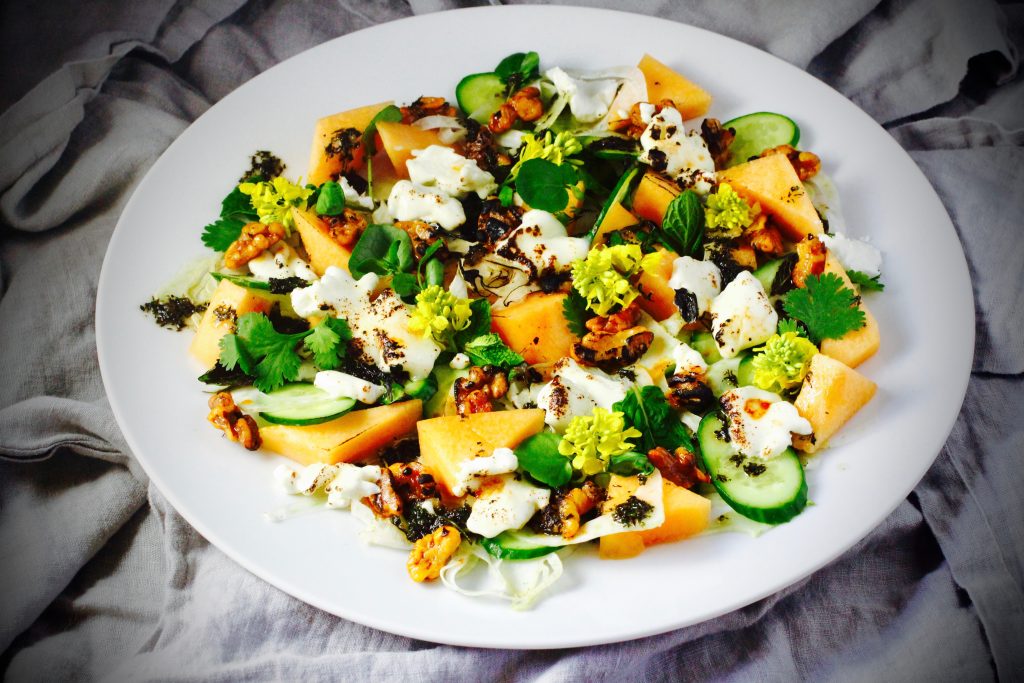 Heat olive oil in a small pan, add a shake of both red chile flakes and smoked paprika. Add walnuts and cook until the walnuts are toasty and coated with the red chile oil.

Blend parsley, garlic, shallot and vinegar in the small bowl of a food processor. Stream in olive oil. Season with salt and pepper. 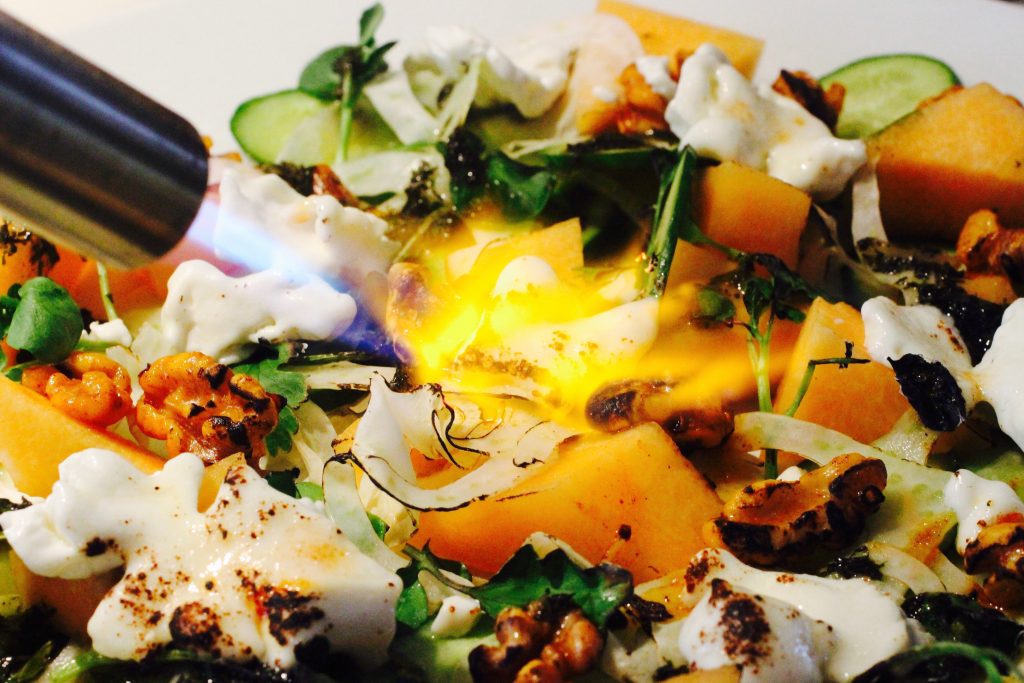 Arrange cucumber, fennel, cantaloupe, watercress, and walnuts on a platter. Ladle charred parsley vinaigrette over the salad. Place bite-sized crumbles of goat among the salad. Lightly dust cheese with sugar. Use a kitchen torch to char the cheese. Garnish with mustard flowers, cilantro and mint leaves. 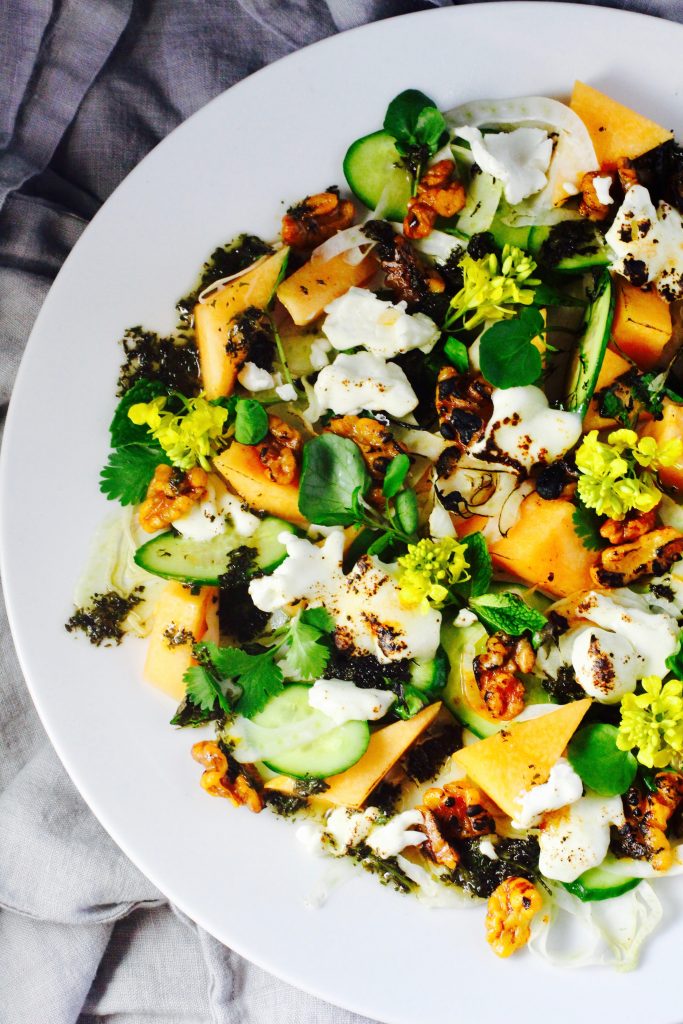 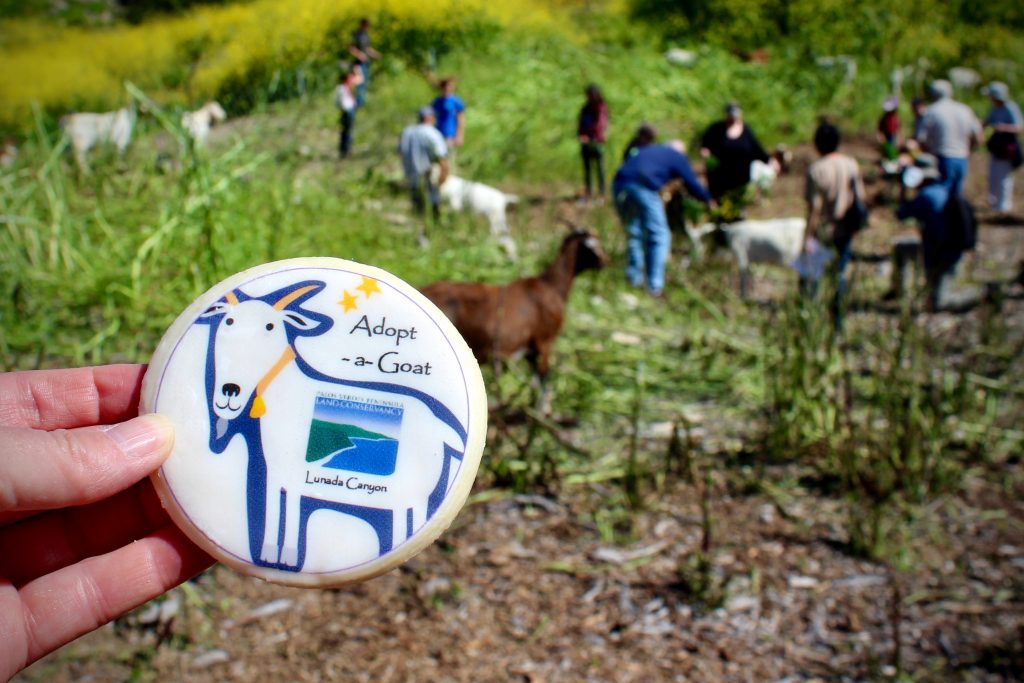 Visit the PVPLC website to Adopt-A-Goat, see goats in action next time they come to the Palos Verdes Peninsula, or make a donation to support the PVPLC mission to “preserve land and restore habitat for the education and enjoyment of all.” 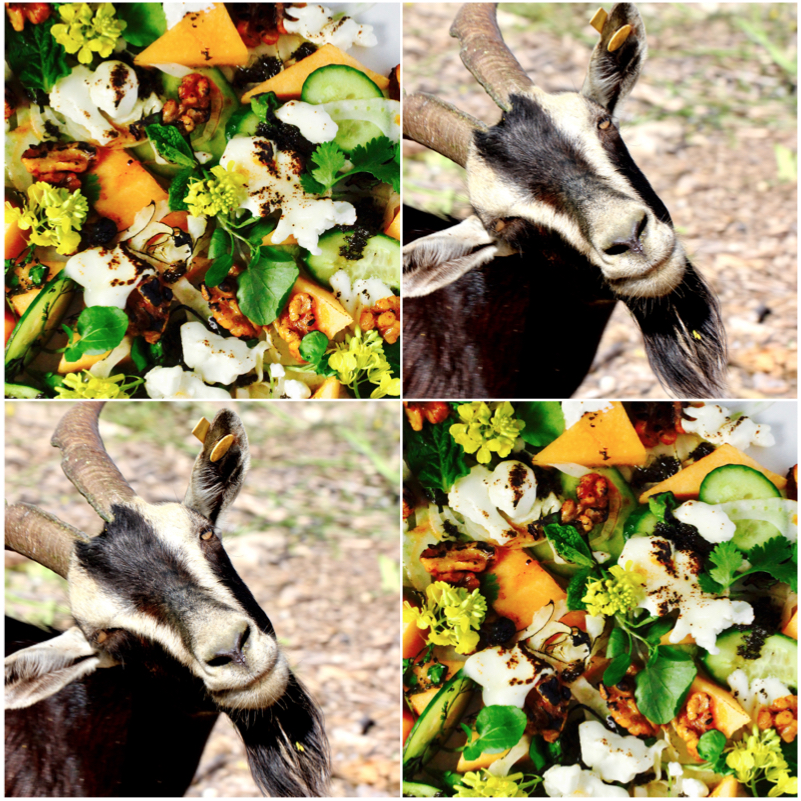 Native Wildflowers of the Palos Verdes Peninsula by Dalkey & Williams