Third in a Series of Superiores Tacos Vegetarianos 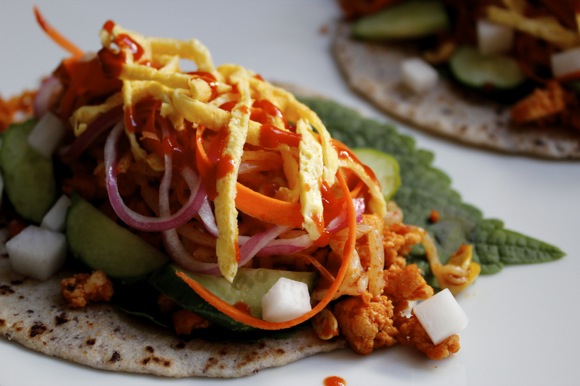 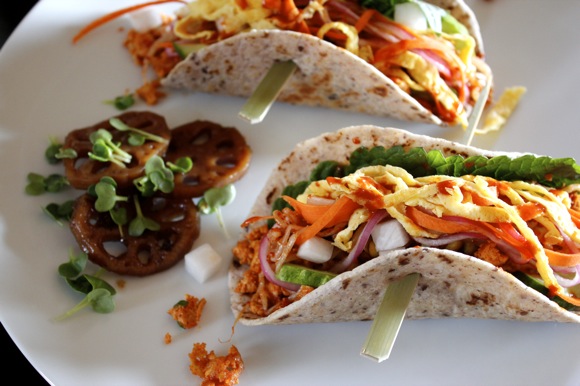 Initially I was inspired by a vegetarian taco recipe by Rick Bayless that I saw in the dreamy Harvest to Heat cookbook. It was genius. Fresh ingredients, healthy, and a perfect balance of flavors. Nothing complicated yet completely satisfying. In his shadow I create my Superiores Tacos Vegetarianos series, a compilation of vegetarian tacos highlighting a unique combination of vegetables and herbs where the flavor profile stands on its own. A series where even carnivores won’t wonder, “Where’s the Beef?”

In this latest incarnation, tofu is seasoned with gochujang (red chile paste) paired with colorful vegetables, zesty pickles, and egg, resulting in a spicy, crunchy, vibrant vegetarian taco that might be a cross between Korean Lettuce Wraps and the craze of fusion Korean Tacos? 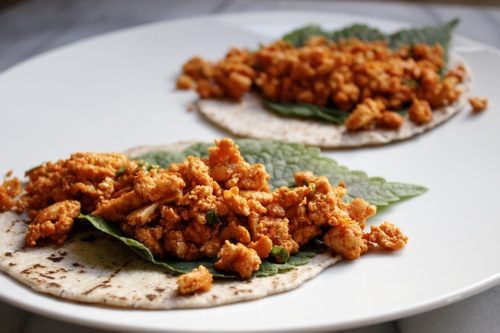 I’m really happy to have discovered Mission Artisan Tortillas. I use the Flaxseed and Blue Corn tortillas for these Korean-influenced tacos. They are nutty and slightly sweet and have a bonus of Omega-3s. I heat my tortillas in a skillet with the lightest brushing of olive oil. 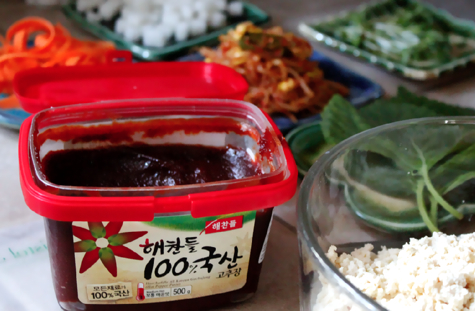 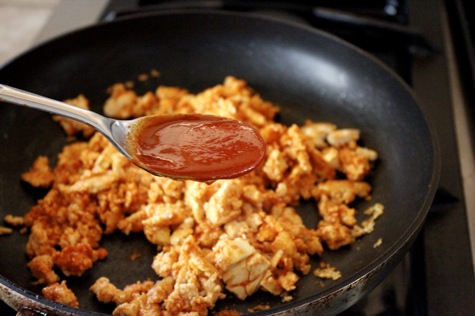 To make the spicy tofu scramble: well-drained extra-firm tofu is crumbled by hand then lightly browned in a non-stick skillet with a bit of toasted sesame oil. Gochujang is thinned with a small amount of water then stirred into the tofu. 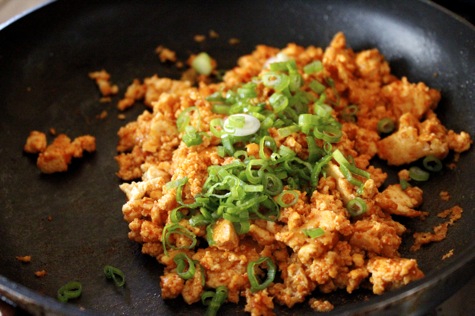 The tofu scramble is finished by adding a generous amount of thinly sliced scallion and a bit of sea salt. 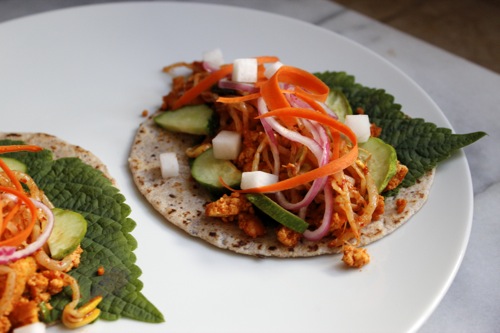 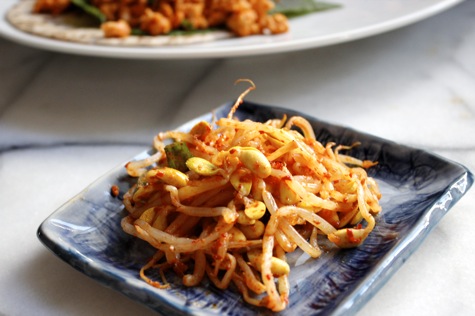 My soybean sprout namul recipe can be found here. It is great on tacos –  spicy, crisp and crunchy. 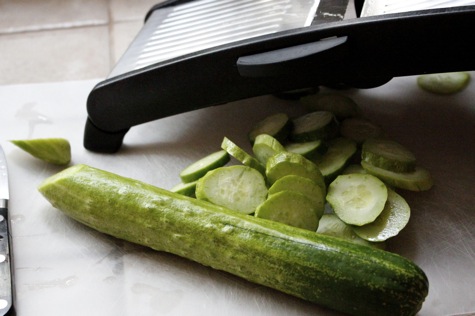 Korean cucumbers are sliced and pickled in a sweet vinegar. In a half hour the cucumber is sweet and sour and still crisp. I pickle the red onion rings the same way. And for contrast, fresh carrot is shaved into ribbons using a vegetable peeler. 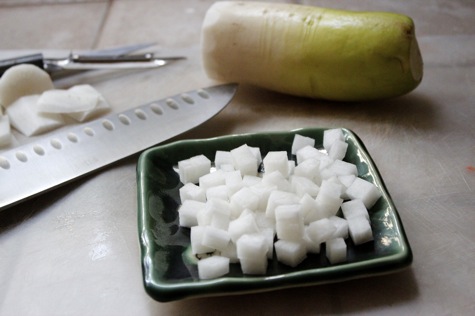 There is no cheese in this heart-healthy recipe, so to resemble cheese for a visual effect, daikon is cut into small cubes. It adds its own peppery note and mild crunch to the taco. 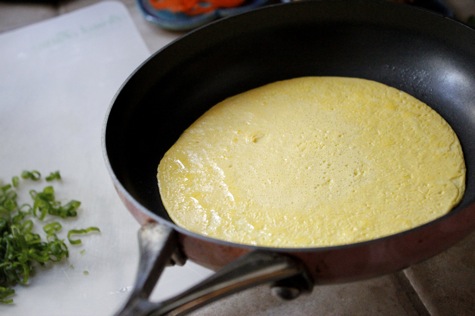 Cook a very thin layer of beaten egg with a pinch of salt (I use no cholesterol egg substitute) in a non-stick pan. Slice the cooled egg into thin ribbons. Finally, top the taco with egg ribbons. 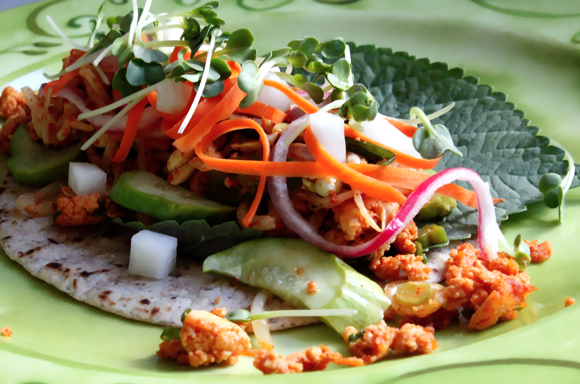 An equally satisfying vegan version is made without the sliced egg omelette, radish sprouts are added. 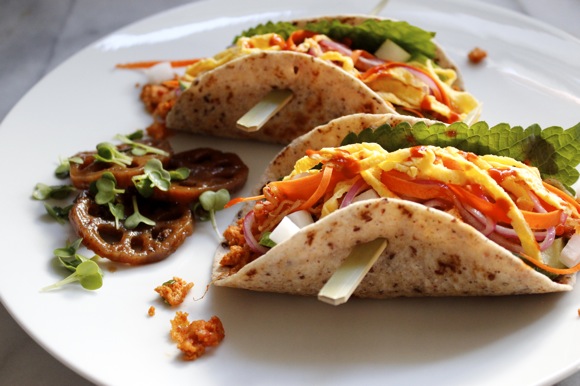 For the sauce, mix 3 T. gochujang paste with 1 t. each sesame oil, rice wine vinegar and sugar (plus a little water if too thick). Drizzle gochujang sauce over the taco.