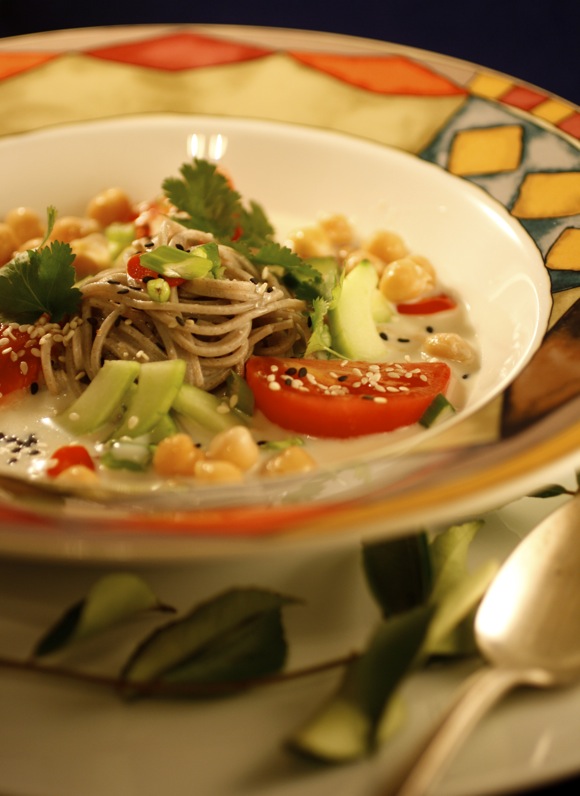 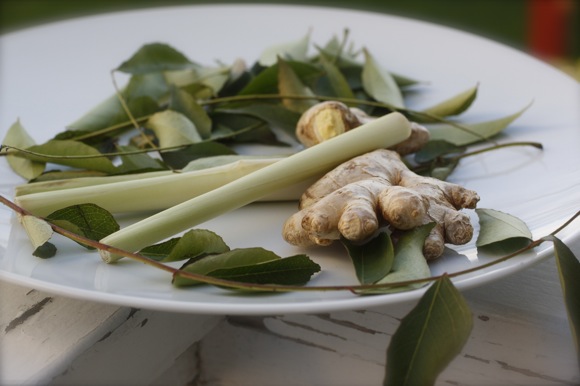 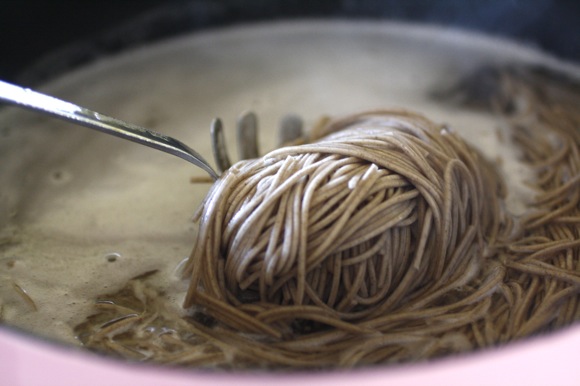 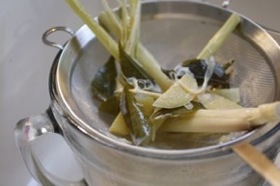 Add bruised lemongrass stalks, pieces of peeled ginger, and a handful of fresh curry leaves to 1 qt. of unsweetened organic soy milk. Simmer for about 10 minutes. Remove from heat, cover, and let steep another 45 minutes, then strain the liquid and discard the solids. 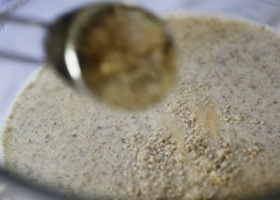 Add about 3 T. ground toasted sesame seed to the liquid. Let come to room temperature, add one can of rinsed and drained chick peas and salt to taste. Chill in refrigerator at least one hour. Meanwhile, cook buckwheat soba noodles according to package instructions. Chill noodles too. 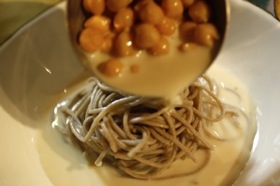 Place soba in a bowl. Ladle cool broth and chick peas over and around the noodles. 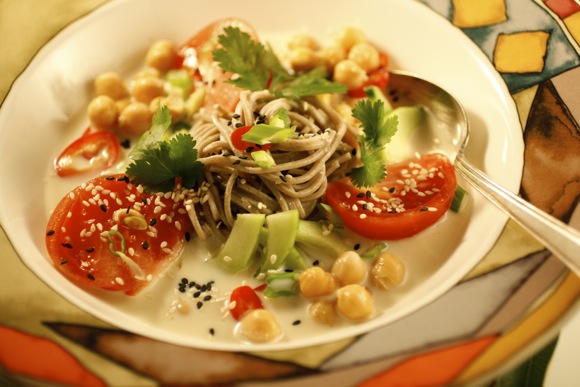 Garnish with wedges of  heirloom tomato, sliced scallion, cucumber, red jalapeño, and cilantro. Finish with a sprinkling of black and white sesame seeds.

It has been well over a year since I had the pleasure of hosting My Legume Love Affair 11th Helping, a wildly successful monthly event showcasing legume-centric dishes from around the world created by Susan, The Well-Seasoned Cook, now going into its 31st month. Summer-in-Winter Soba Soup with its flavorful chick peas would be a terrific soup to serve at this month’s party, so I’m sending this dish along to January’s gracious hostess, Simona of Briciole blog. Bean aficionados can participate in this month’s event through January 31. 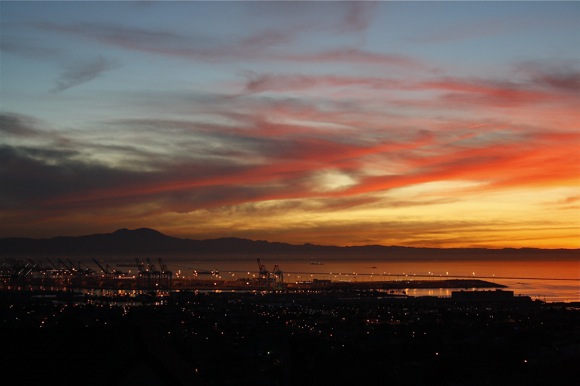 This warm Santa Ana Condition does give us some spectacular sunrises and today is no exception. Thank you for your support of my other blog, san pedro daily photo, now officially on break from the daily posting of “micro and macro images from this charming corner of los angeles.” On occasion, such as a glorious sunrise, the arrival of Flat Stanley, or the blooming of a breathtaking rose in my garden, I plan to continue to share photographs of our darling little town here. In the meantime, we’ll continue to entertain and cook up a storm on Taste With The Eyes!