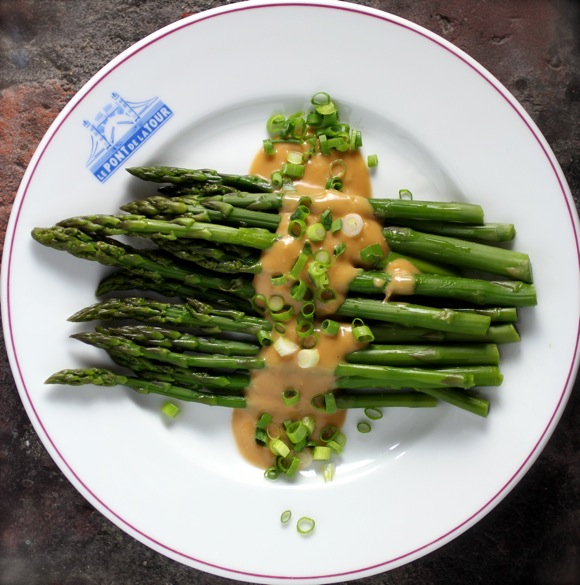 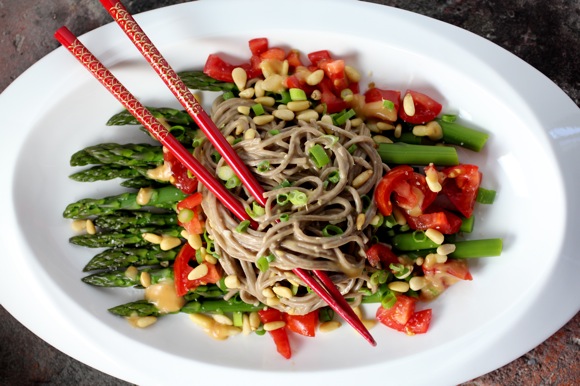 Place all ingredients in a small bowl and blend with an immersion blender until smooth. Taste for balance. Ladle ginger sauce over asparagus, garnish with thinly sliced scallion.

Toss noodles with ginger sauce. Arrange asparagus and chopped tomatoes on a plate. Ladle a small amount of sauce over the vegetables, then top the vegetables with noodles. Garnish with sliced scallion and pine nuts. 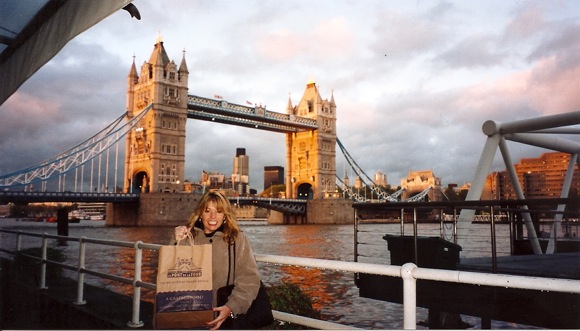 November 2000
On the river by Tower Bridge with my souvenir china from London’s famous
Le PONT de La TOUR Restaurant. 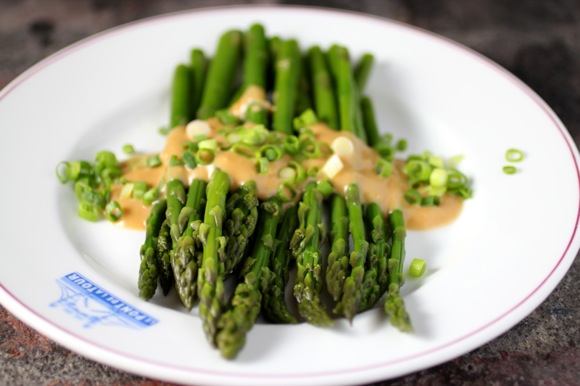 In honor of my Great-Grandma Lucy, we’ll continue to help celebrate 60 years of the Queen’s Reign and the Summer Olympics over the next few months here on Taste With The Eyes.