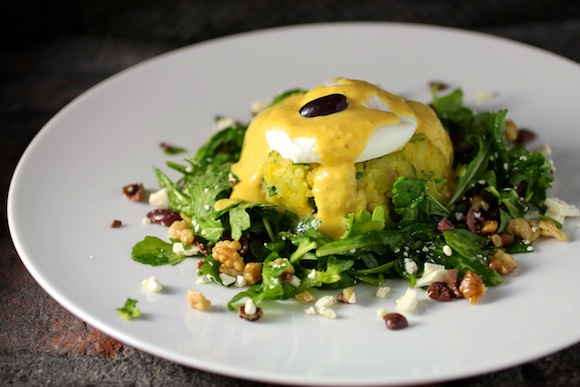 Starting with some yellow-yellow potatoes I set out to put a new twist on the Peruvian Papas a la Huancaina, a classic potato dish with a spicy cream sauce from the city of Huancayo. The sauce is traditionally made with evaporated milk and vegetable oil, here I lighten the recipe by using non-fat Greek yogurt instead. Rather than slice, I form the potatoes into a cake flavored with the hot fruity aji amarillo paste – and I replace the usual hard-boiled egg garnish with one that is poached taking this from a side dish or first course into a main vegetarian meal. 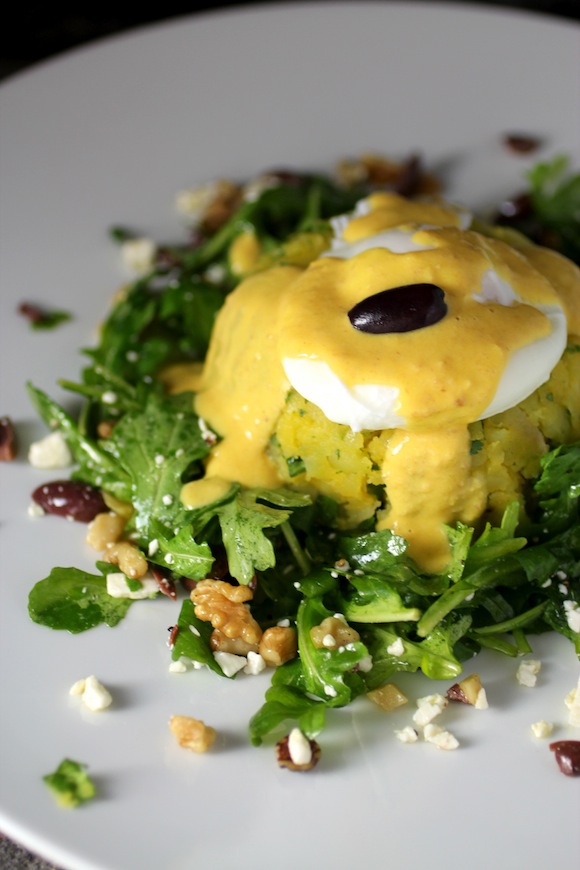 Aji amarillo paste is made from the yellow hot chile native to South America. The flavor is unusual, while it is quite spicy, it is simultaneously fruity and flavorful. The bright yellow-orange color imparts a beautiful hue to sauces and spreads. Try aji amarillo paste mixed with mayonnaise for a change from the ubiquitous chipotle mayo. 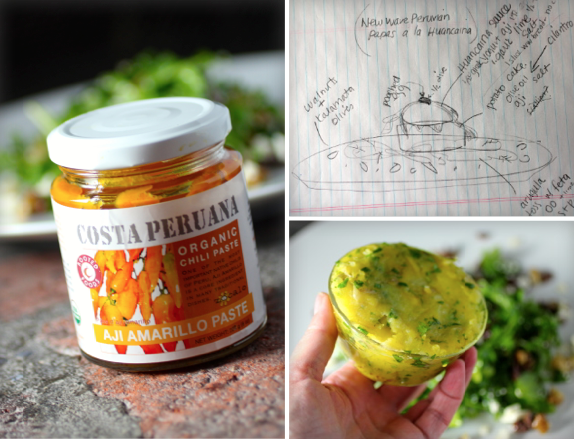 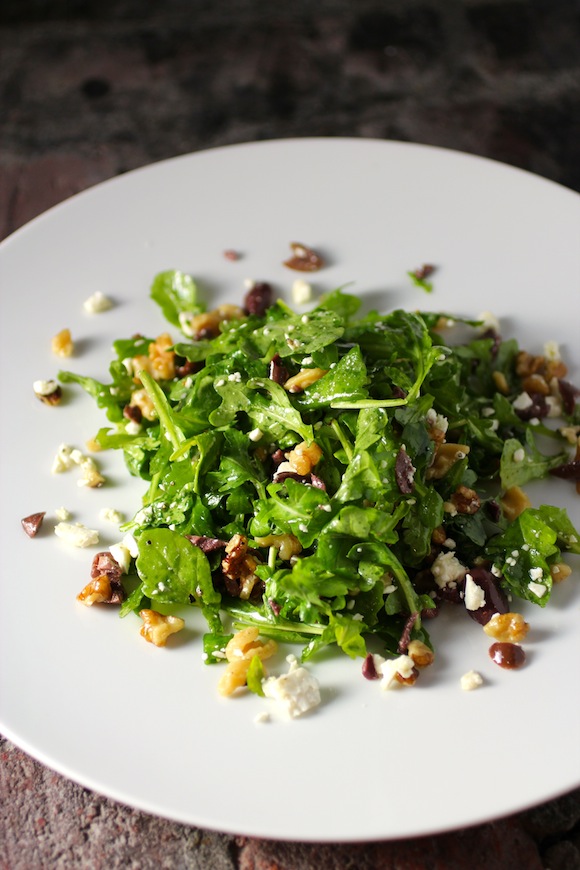 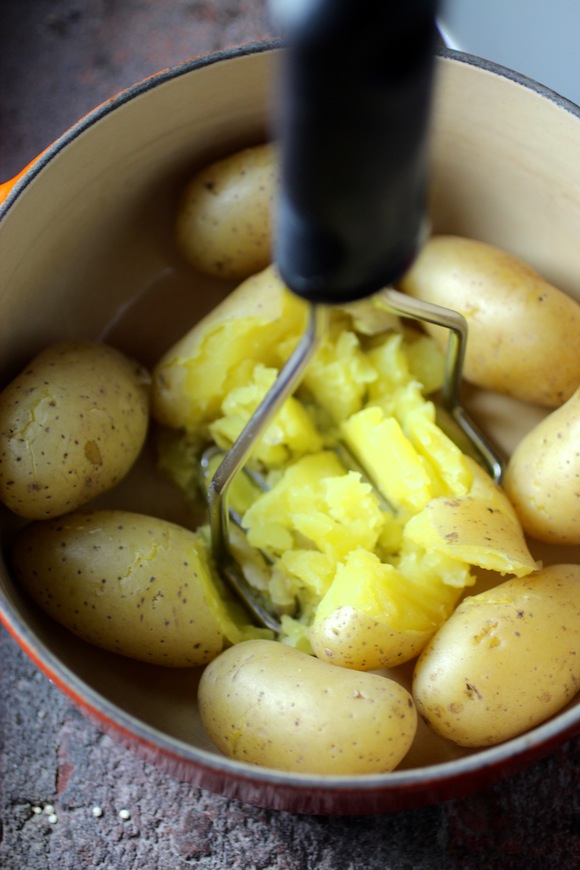 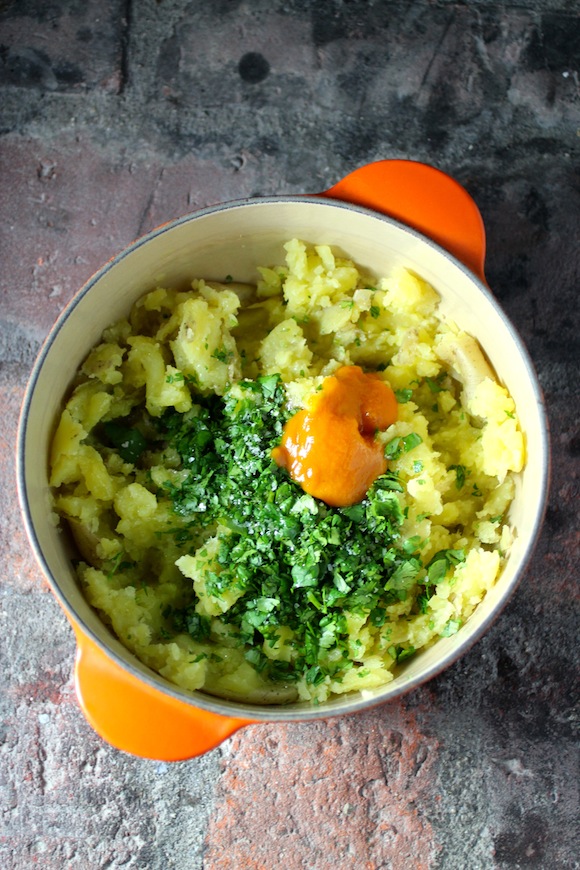 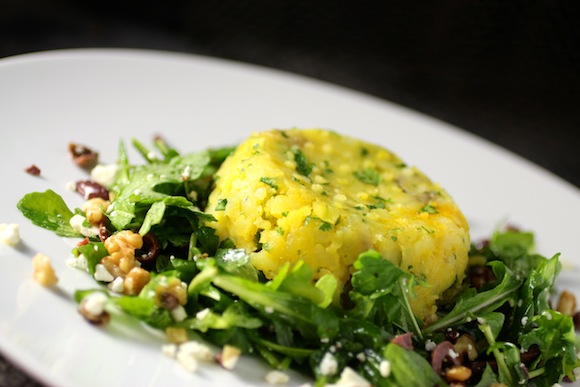 Form the potato cakes by oiling a ramekin then filling with the potato mixture, compacting to make a cake. Invert onto the salad. 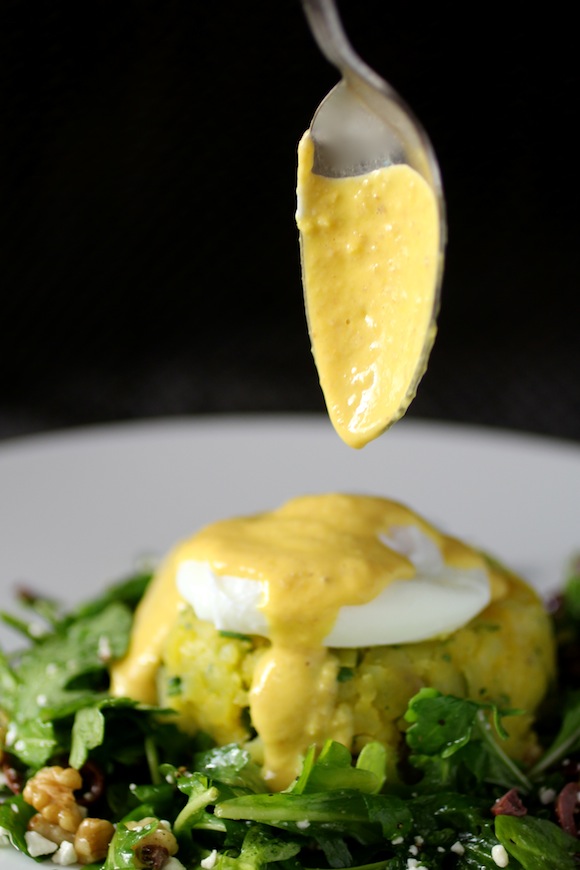 Blend ingredients in the small bowl of a food processor until creamy. Add salt to taste. 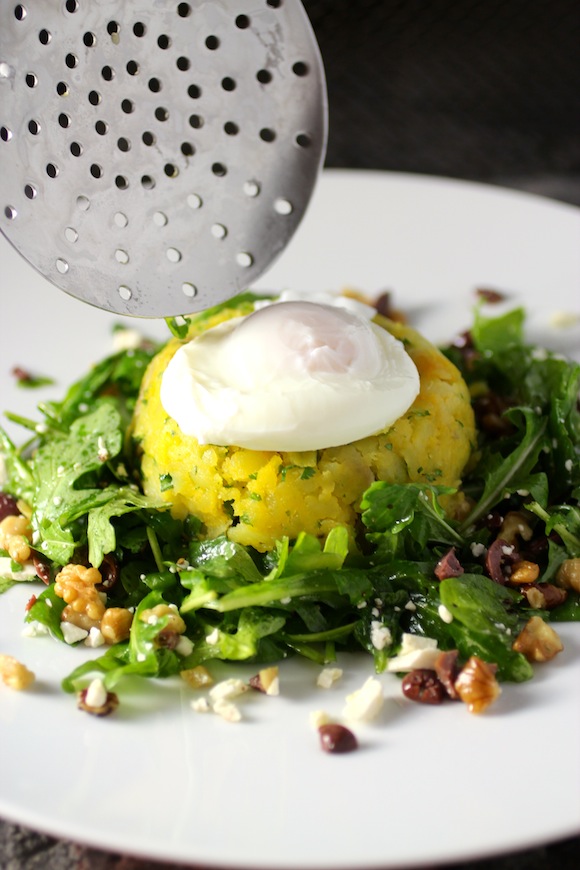 Poach eggs in gently boiling water for 3 minutes. Place the poached egg atop the potato cake. Spoon sauce over the egg. Garnish with a slice of olive. 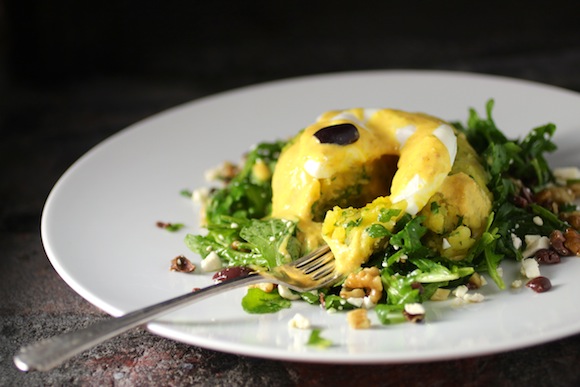 the end of the summer fest season

This Potato dish concludes the Summer Fest line-up. We began the season with Berries, followed by Peas, Corn, Tomatoes, Watermelon, Cucumbers, Peaches, Eggplant, Avocados, Peppers, Figs, Beets, and Grapes. It certainly has been a delicious season!

Summer Fest is a season long franchise where Food Network editors team up with bloggers to share recipes about everyone’s favorite summertime fruits and vegetables. Be sure to check out the Pinterest Board with over 100,000 followers called Let’s Pull Up A Chair! And if this peruvian-style salad got you in the mood for potatoes, you might enjoy taking a peek at other potato-centric recipes from some fabulous bloggers below…