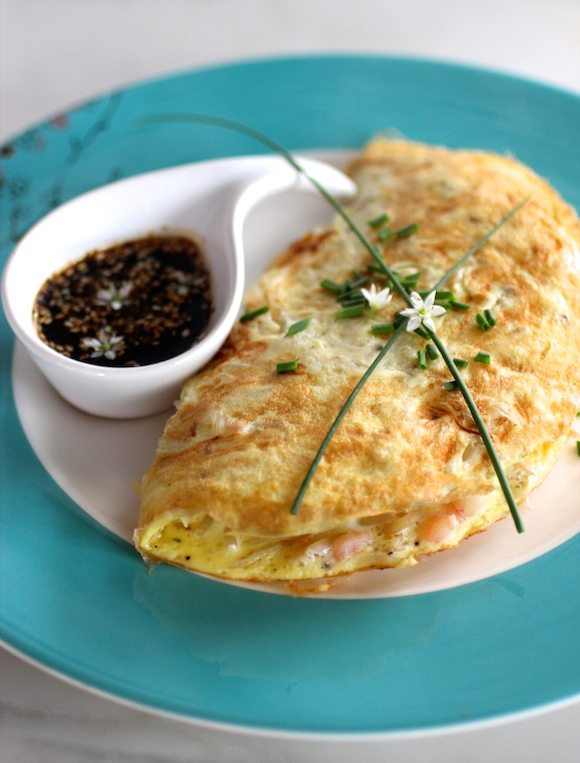 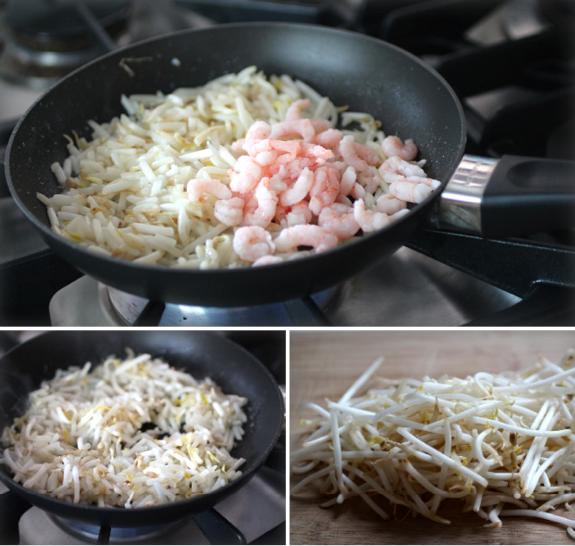 Defrost bay shrimp in cool water, this only takes a few minutes. Squeeze out excess water.  (For tips on purchasing bay shrimp, please see this post).

Heat a non-stick omelette pan over medium-high heat. Add a drizzle of olive oil then stir-fry sprouts for about 30 seconds. Add shrimp and cook for another 30 seconds until the shrimp are heated through. 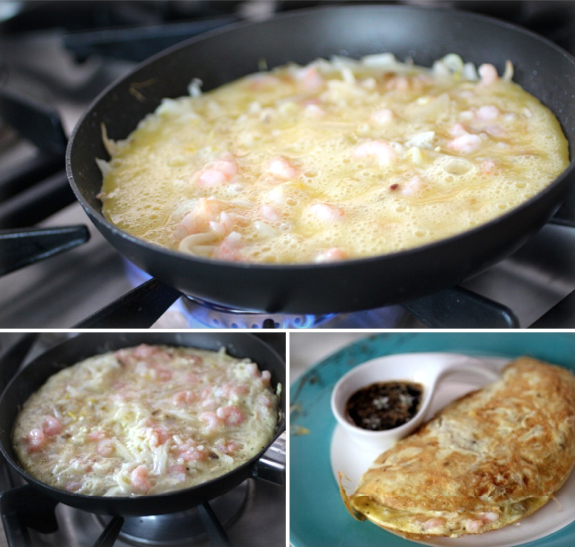 Whisk eggs. Season with salt and pepper. Pour eggs over the sprout and shrimp mixture. Cook the eggs, gently lifting them with a spatula, so the uncooked egg flows under the cooked egg. Then cover the pan and lower the heat until the omelette is barely cooked through. 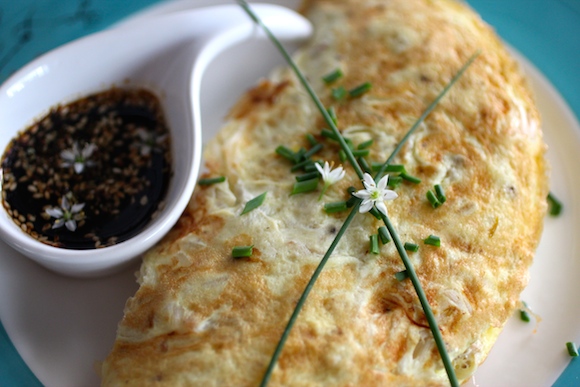 To make the dipping sauce heat two parts of mirin and tamari, with one part sesame oil. Briefly bring to a boil, then let cool to lukewarm. Pour into a ramekin, season with black pepper, and garnish with Chinese chive blossoms and sesame seeds.

Note: Be sure to buy high quality mirin, as some brands on the market are made with corn syrup. Look for mirin made with water, rice, koji (aspergillus oryzae), and sea salt. Or, if possible buy artisanal mirin rather than the commercially produced variety.

To serve: fold the omelette in half onto a plate. Garnish with chives and Chinese chive blossoms. Serve dipping sauce on the side.

(My Egg Foo Young with Gravy recipe can be found here).