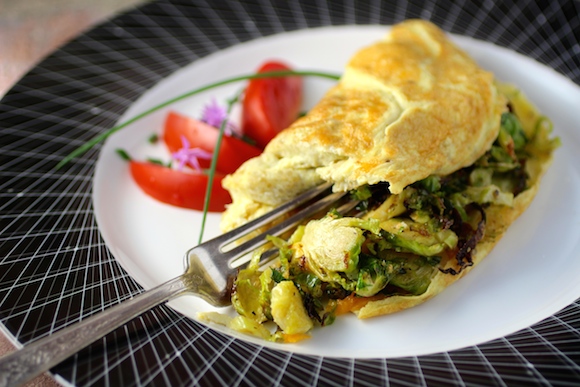 Lovers will love. But will haters, hate? There is something about roasting shaved Brussels sprouts that makes them appealing to even the most picky eaters. And stuffing them into a fluffy omelette made with quinoa and melting cheddar – well perhaps we are able to win some new friends for these cute little brassicas that have the unfortunate reputation of being one of the country’s most disliked vegetables.

Brussels sprouts can have a slightly bitter quality, especially the large older ones, which can be off-putting to many. And then there is that childhood memory of mushy overcooked Brussels sprouts with their lingering cabbage-y smells. But when those mini cabbages are shaved – so there are lots of leaves exposed to get crunchy and crackly, then roasted – creating crispy caramelized bits, they do become quite irresistible.

I add cooked quinoa to eggs to increase fiber and nutrients. Cooked quinoa is fluffy like couscous, creamy like rice, slightly crunchy with a nutty taste reminiscent of sesame seeds. It adds flavor and texture to this unique seasonal omelette. 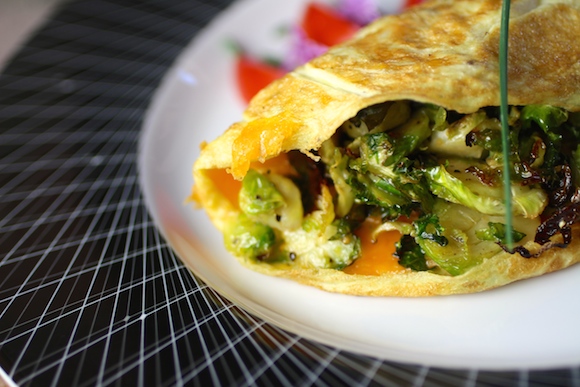 Toss shaved Brussels sprouts with olive oil, salt, and pepper. Place in a single layer on a baking sheet. Roast in a 425°F convection oven for 12 to 14 minutes, stirring once or twice, until the edges get crispy. Keep warm while preparing the omelette. 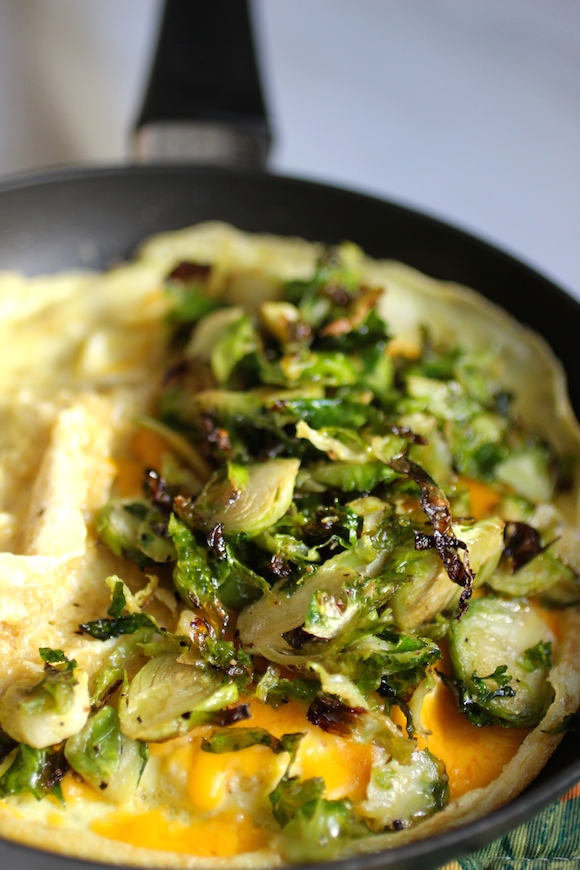 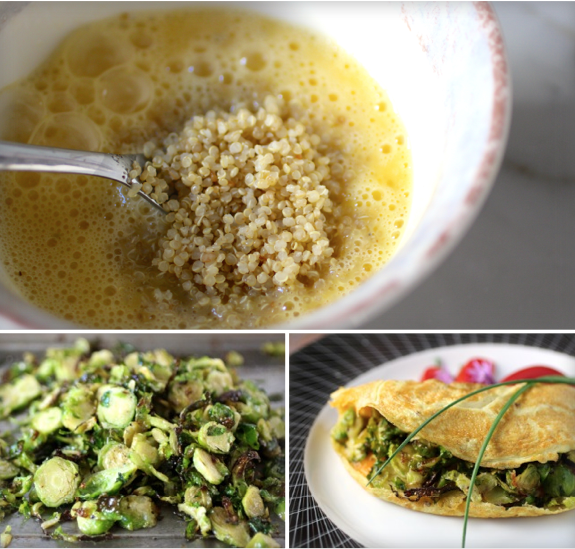 Melt butter in a non-stick omelette pan. Pour the egg-quinoa mixture into the pan, gently lifting eggs with a spatula, so the uncooked egg flows under the cooked egg. Then cover the pan and lower the heat until the omelette is barely cooked through. Turn off the heat. 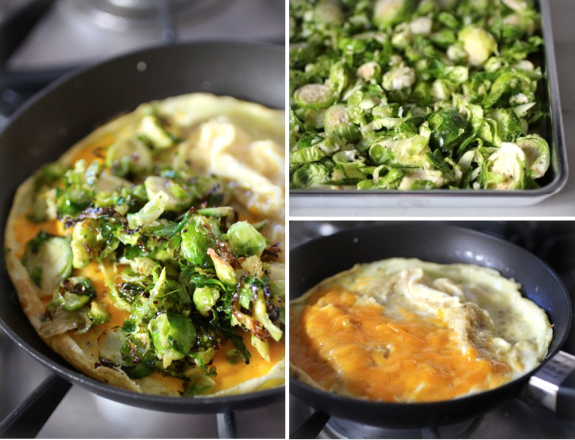 Sprinkle shredded cheddar on one half of the omelette. Cover briefly to melt the cheese. Top the cheese with warm Brussels sprouts. 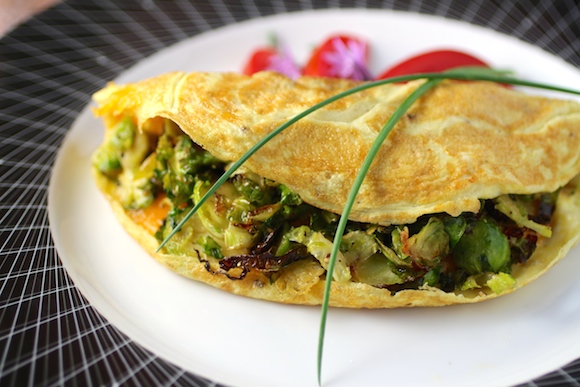 Fold the omelette in half onto a plate.

Fall Fest is a season long franchise where Food Network editors team up with bloggers to share recipes about everyone’s favorite autumn dishes. Be sure to check out the Pinterest Board with over 200,000 followers called Let’s Pull Up A Chair! 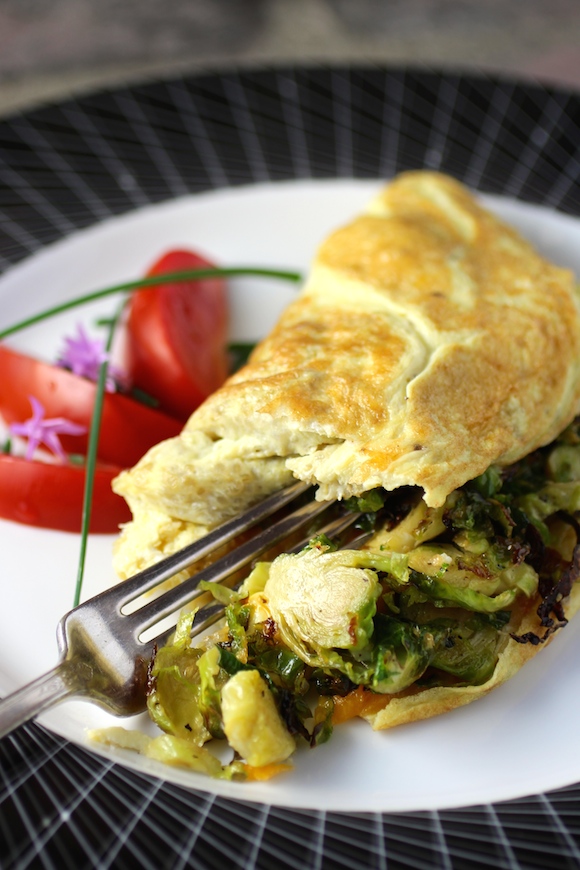