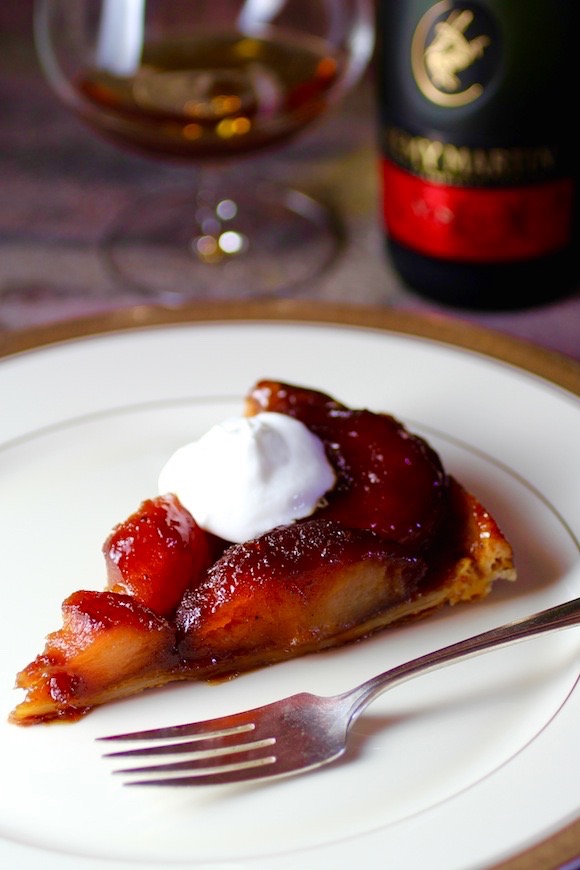 Here we have the irresistible color and flavors of Autumn on a plate. Top slices of just-from-the-oven apple tarte tatin with a dollop of crème fraîche – its slightly sour, nutty flavor and velvety texture make it the perfect accompaniment. Serve alongside a warmed snifter of Cognac and it would be difficult to find a better dessert to entertain as the weather cools and the leaves turn… 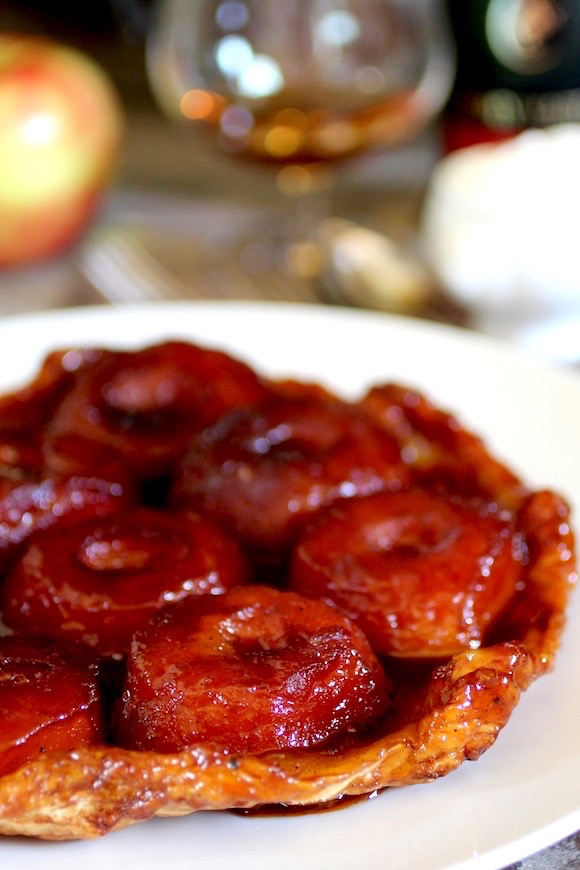 5 – 6 baking apples such as honeycrisp 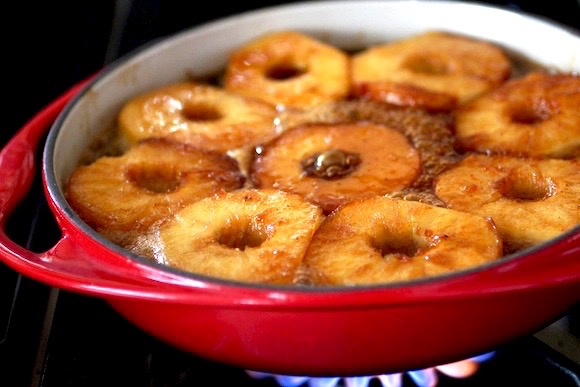 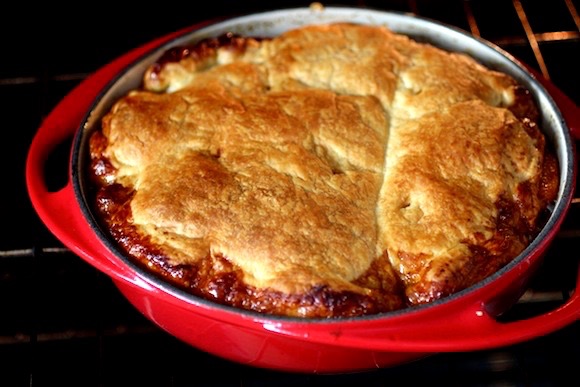 Heat butter and sugar in a tarte tatin pan or oven-proof skillet over medium-high heat until caramelized.

Meanwhile, peel apples then slice in half horizontally. Remove the cores.

Add apples to the pan fitting them in as tightly as possible. Splash Cognac over the fruit, then cook an additional 5 minutes.

Cut a sheet of puff pastry into a round slightly larger than the pan. Turn off the heat and lay the pastry over the fruit. Tuck the edges under the fruit and cut a few steam holes in the pastry.

Bake in a 400° oven on the top shelf for 20 + minutes or until the pastry is puffed and golden brown. Allow to rest for 5 minutes Loosen the edges with a small heat-resistant spatula then invert onto a platter.

Serve immediately by slicing into wedges and topping with a dollop of crème fraîche. 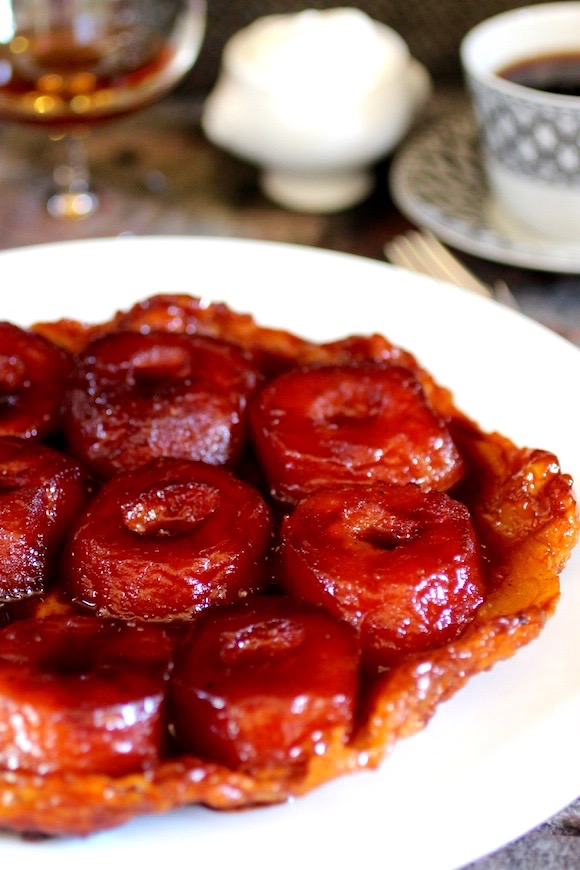 Back in the late 1800′s in France’s Loire Valley, two sisters took over the duties of running L’Hotel Tatin after the death of their father. Caroline managed the business side of the hotel and her older sister Stéphanie ran the kitchens. While she was an accomplished cook, Stéphanie also had a reputation for being a bit scatterbrained. 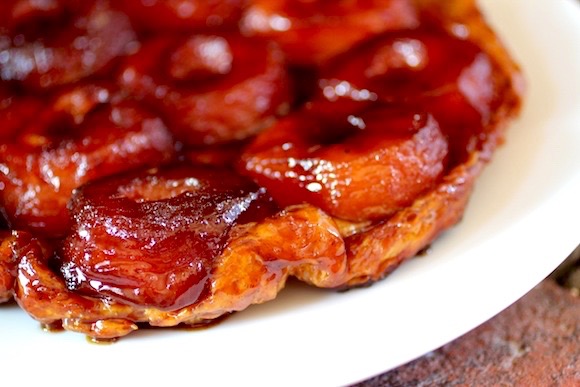 #FallFest is a season long franchise where Food Network editors team up with bloggers to share recipes about everyone’s favorite autumn dishes. You might enjoy taking a peek at other APPLE recipes from some fabulous bloggers below… and be sure to follow our very popular Pinterest Board with over 325,000 followers called Let’s Pull Up A Chair! 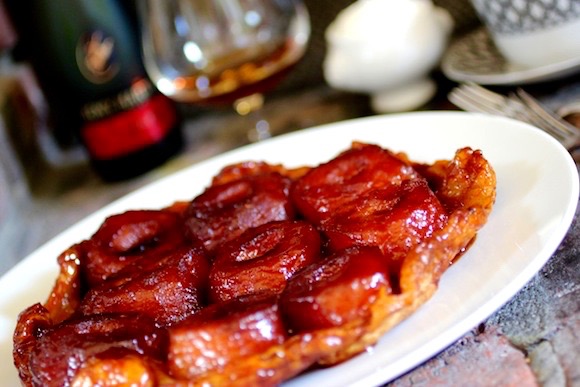