We were a match made in restaurant heaven. Henri is…Elegant yet comfortable. Upscale yet unpretentious. American yet French. With service that is crisp, knowledgable, precise yet still engaging. Dishes that are innovative, exciting yet satisfying. In addition, the designers chose a sea green, chocolate, and white color palette, with chandeliers. Just like my blog design! A definite match.

American architect Louis Henri Sullivan (1856 – 1924) moved to Chicago in 1873 to take part in the building boom that took place after the Great Chicago Fire. Then he moved to Paris to study at the École des Beaux-Arts and later returned to Chicago where he became the famous architect known as “the father of the skyscraper” and a mentor to  young designers such as Frank Lloyd Wright.

END_OF_DOCUMENT_TOKEN_TO_BE_REPLACED 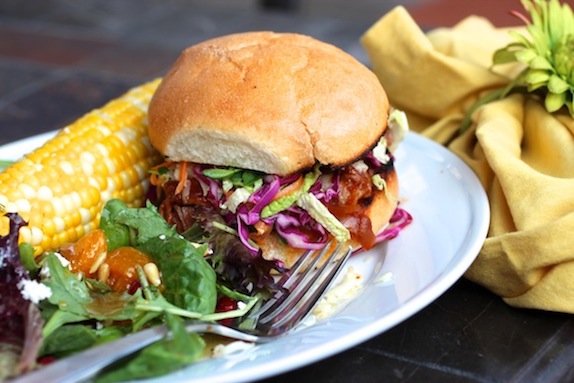 To play basketball in the alley with my nephews. To watch Stone’s baseball game at Wells Park. To reconnect with some of the kindest, most caring and fun 125 people I have ever known at our high school reunion. To be visiting my favorite town during the celebration of the Stanley Cup. To dine at fabulous restaurants with my brother and darling sister-in-law. To have a BBQ with a super-talented finalist of Top Chef. To have my brother declare that my “Chicago Brisket Sandwich” is the best sandwich he’s ever had. Last weekend ranks up there. Way. Up.