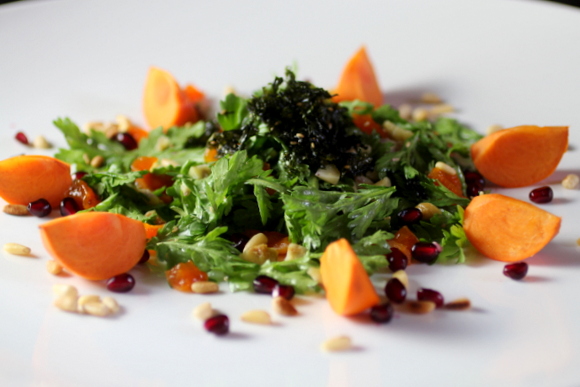 Inspiration from two separate dining experiences sparked the idea for creation of this delightful salad. First, an outstanding meal at Jun Won in LA, a gem of a restaurant that features regional Korean cooking from the province of Chungcheongnam-do. I was captivated by their salad of chrysanthemum greens (sukgat) with chestnut jelly. A week later we attended an event highlighting the “Tastes of the Korean Forest” including sanchae (wild vegetables grown in the mountains), oak mushroom, chestnut, and persimmon. 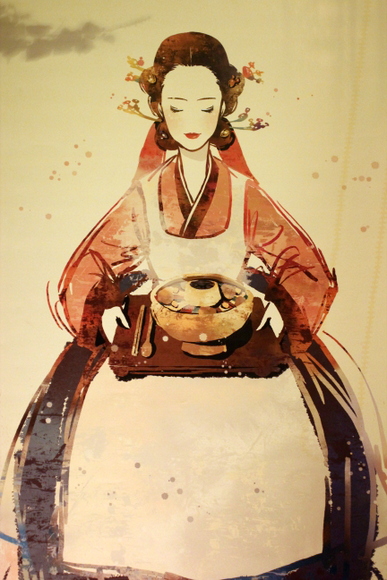 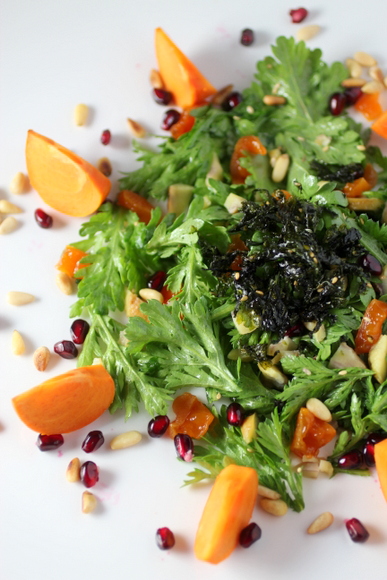 Chrysanthemum greens are unlike any other salad greens ~ feathery and flowery and herbal but not overpowering. The texture and taste of the greens pair wonderfully with fruit and nuts. 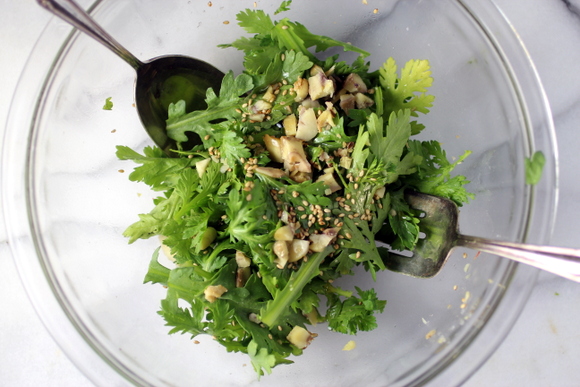 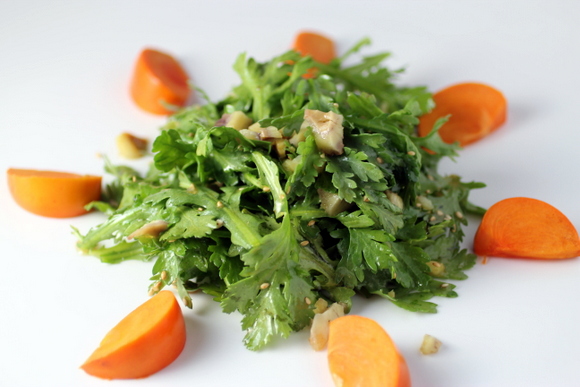 Two types of persimmon are used in this salad. First, a ripe fuyu persimmon is sliced into wedges like a tomato. Then semi-dried hachiya persimmon is diced and added to the salad. Persimmons taste like a delicately spiced honey. The fuyu adds crunch while dried hachiya adds sweet jelly-like notes. 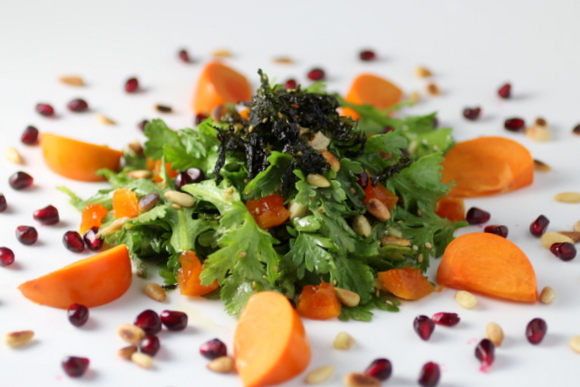 The salad is garnished with toasted pine nuts, pomegranate arils, and roasted laver (seaweed). Seaweed adds an unexpected dimension to the salad with its crispy crunch and hints of the sea. This idea to add laver to the salad came from Jun Won, where the peninsula’s regional cooking is centered on fish and sea vegetables. 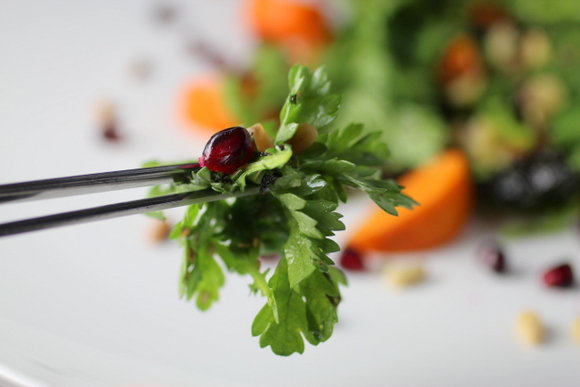 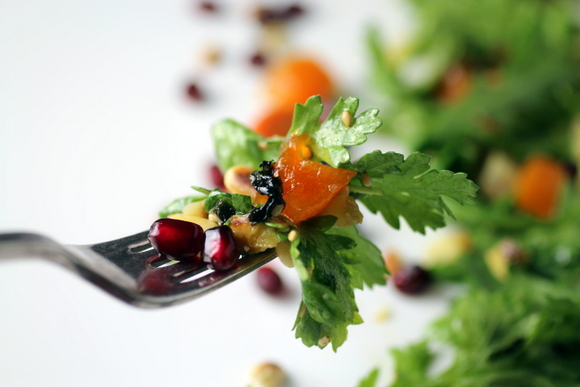 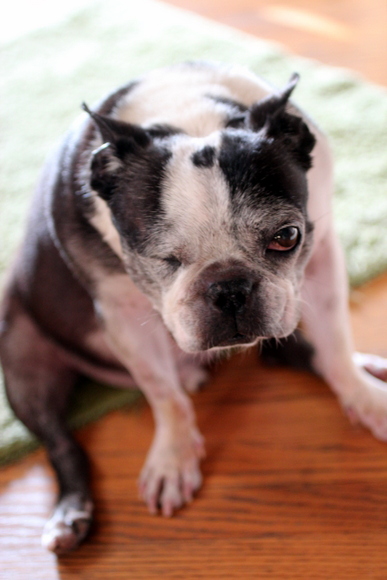 Many of you have read on my Facebook page that my little buddy, Wilson, has passed away. I took this photo of him last Saturday afternoon in between working on the salad. He had been struggling with breathing issues. He romped to the Rainbow Bridge on Monday night, December 10th.

Thank you everyone for the condolences on the loss of my sweet doggie.You have all helped ease a bit of the pain and sorrow and hole in my heart. And oh how I miss him terribly. Wilson was a wonderful companion. I adopted him in 2006 from Boston Buddies, Southern California Boston Terrier Rescue. We fell in love with him from day one.

And thank you to all who have befriended him over the years, whether in person or virtually. Your scratches behind the ears, your gentle pats on the head, your kind heartfelt comments have meant the world to us…

I had to include this photograph of Wilson with the New Korean Salad. Sadly, it is the very last photo I took of him, and although it is not the best quality, it is one of my favorites. You see, Wilson was not very interested in my creations although one would think that the aromas of all the various foods would have him running over to the hearth where I usually shoot my dishes. But no, that was not him. Last Saturday, I was sitting on the floor taking pictures of the salad when over walks Wilson to see what I was doing. His cute little mug ended up in the photo by accident. He took a couple sniffs of the salad, which was also uncharacteristic, almost like he wanted to try it, but then he moved on. Later that night I made him his favorite dinner of ground beef and rice.