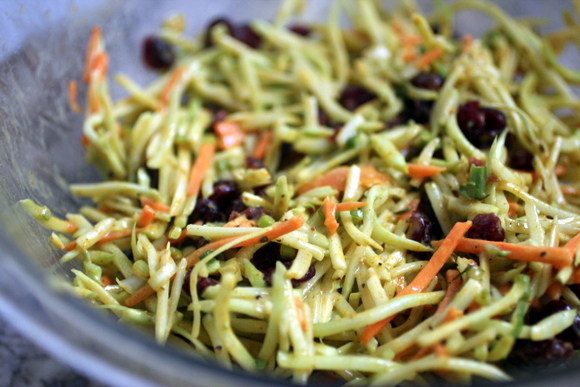 Organic shredded broccoli stems are tossed with some shredded carrot, dried cranberries, and sliced scallion. The mixture is seasoned with curry powder, fresh thyme, salt and pepper. Then flour is sprinkled over the mixture and tossed to lightly coat. Just enough beaten egg is then added to bind the mixture. 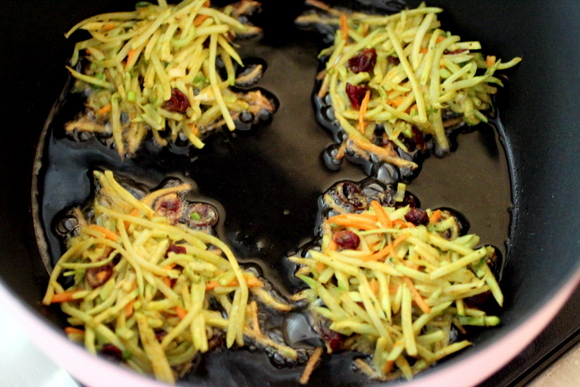 Add a combination of half olive oil and half canola oil to a hot frying pan. There should be enough oil to generously cover the bottom of the pan. When the oil is hot, place mounds of the broccoli mixture in the pan making sure they do not touch. To get the lacy effect, do not press down on the mounds. Let them be a little wild. 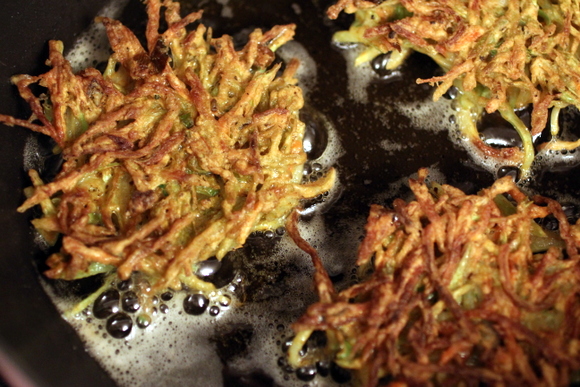 Turn the heat to medium-high. This will ensure that the exterior gets crispy and the interior cooks through. When the first side is browned and crisp, carefully turn the latkes over and cook the other side. (I use a spatula and a pair of tongs). 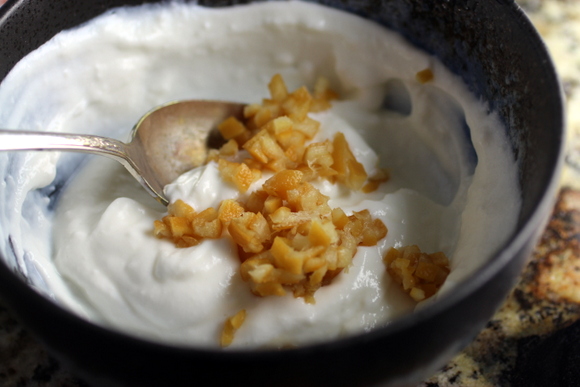 Meanwhile, finely chop the rind of preserved Meyer lemon and stir it in to sour cream. We like Trader Joe’s  Simply Non-Fat Sour Cream, it’s a good balance to the fried latkes. 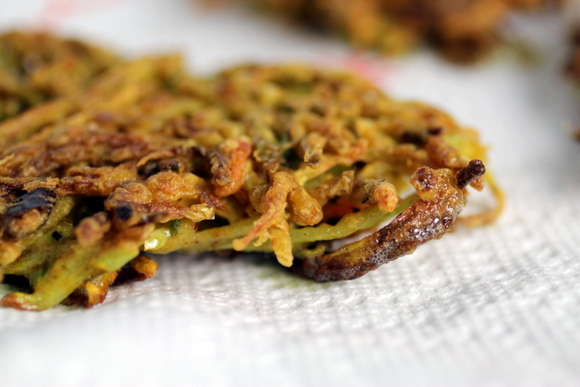 Drain the latkes on paper towels, season the hot latkes with a bit of sea salt. 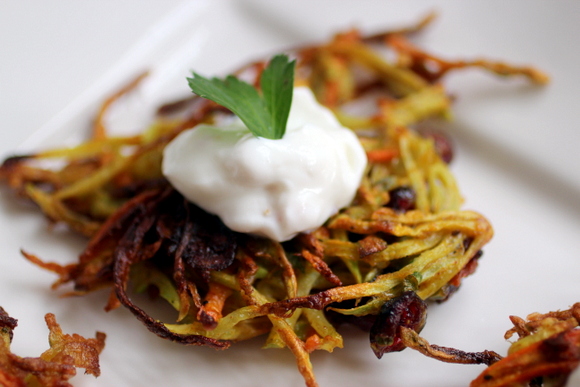 Serve the latkes right away with a small dollop of preserved lemon sour cream on top. 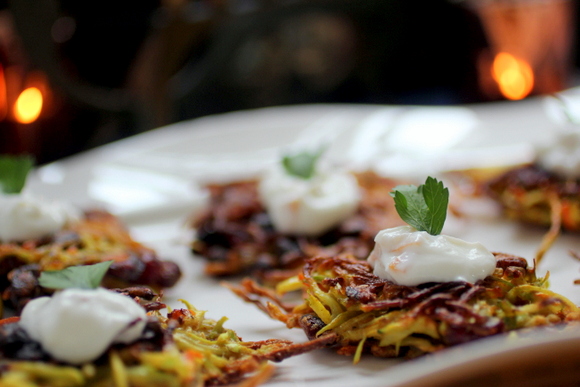