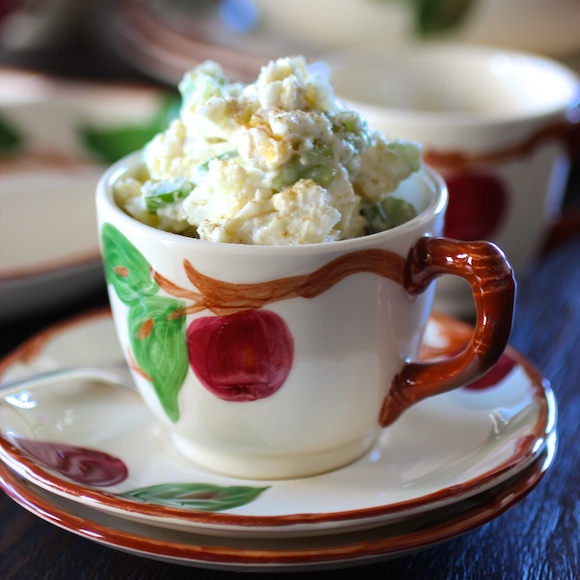 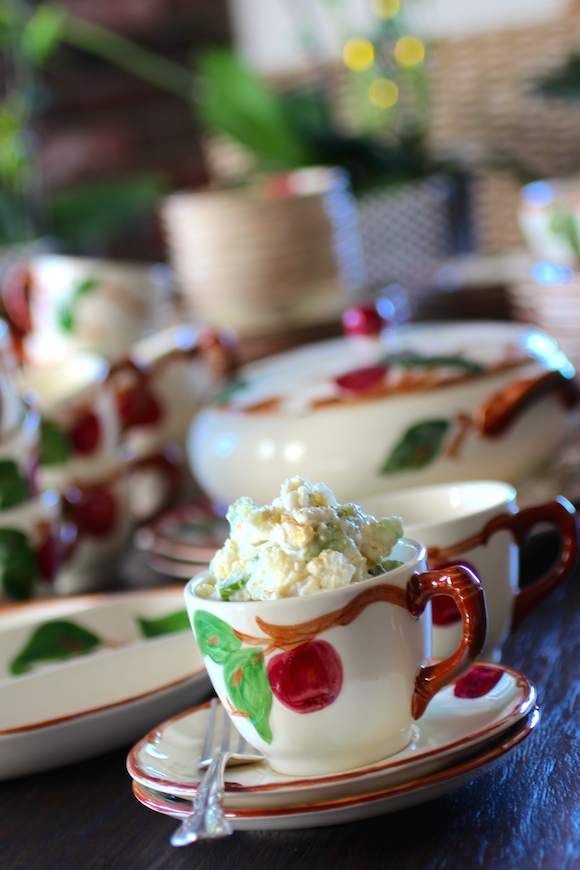 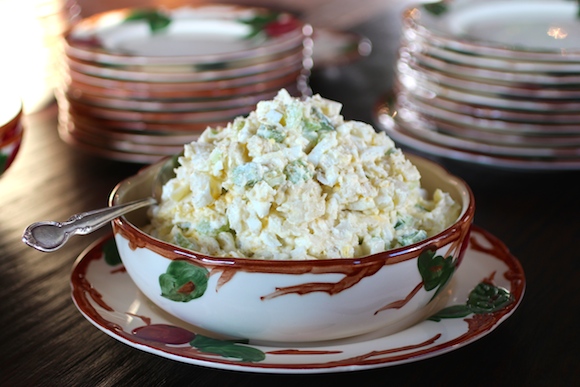 She requested that her ashes be spread at the Self-Realization Fellowship Lake Shrine dedicated by Paramahansa Yogananda in Pacific Palisades, California. She couldn’t have chosen a more serene, spiritual location.

Along with my brothers Bill and Don and my sisters Randi and Paula, sister-in-law Kristy, brother-in-laws Ron and Mark and nephews Stone and Jett – for her final resting place, we discreetly found places along the banks and among the trees and flowers, swans and turtles, and near the memorial that contains a portion of Mahatma Gandhi’s ashes as well. 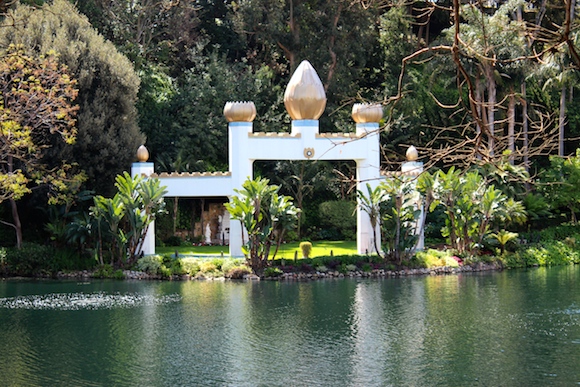 Her potato salad was always one of our favorites, so when we planned a picnic at Will Rogers State Park after our service, I knew Mom’s Potato Salad had to be on the menu. 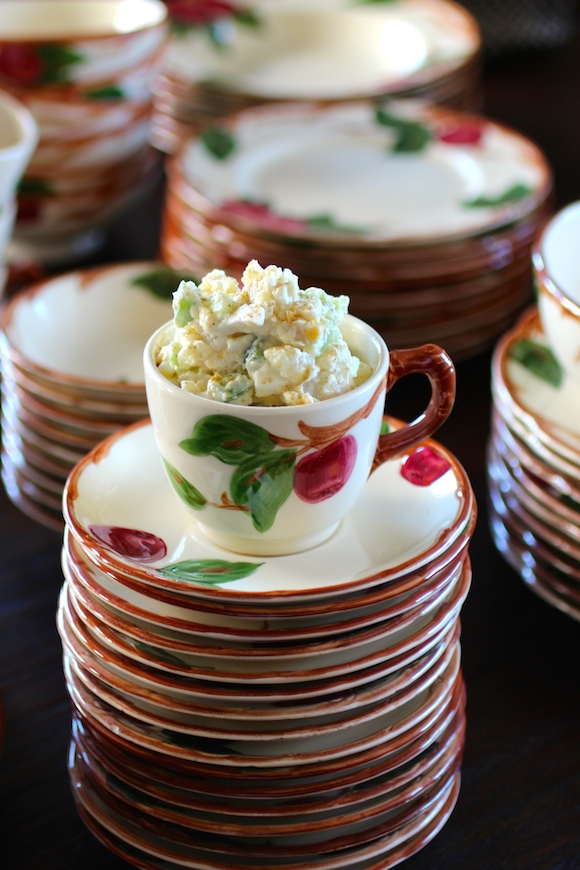 Her recipe includes russet potatoes (not heirloom, red rose nor yukon gold), a high ratio of hard boiled egg to potato, the addition of green bell pepper and celery salt, and Hellmann’s Mayonnaise (or Best Foods Mayonnaise after she moved west from Chicago). And never Miracle Whip, oh heavens no! 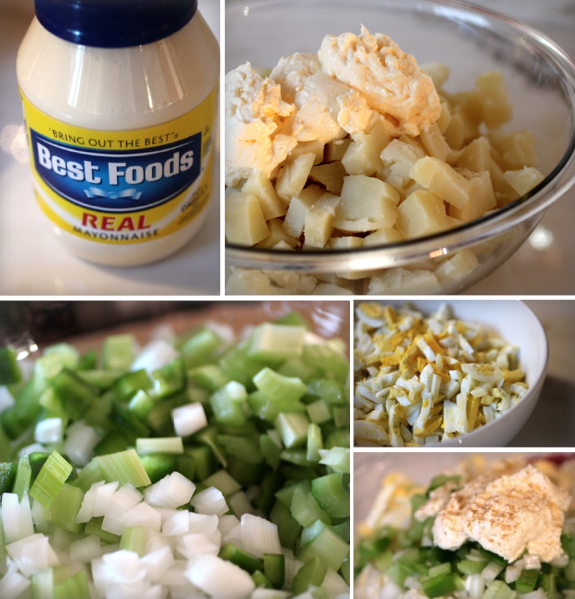 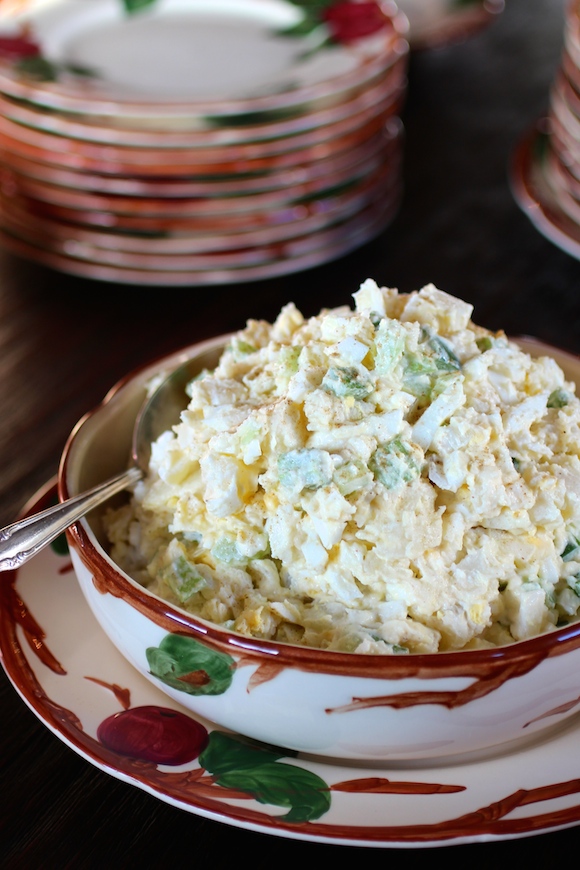 In a large bowl, coat potatoes with a good amount of mayonnaise. Season with celery salt, salt, and white pepper. Fold in hard boil eggs, bell pepper, onion, and celery. Add more mayonnaise and seasonings to taste. Fold gently to keep from breaking up the potatoes. Transfer vintage potato salad to a vintage bowl and finish with a sprinkle of celery salt. 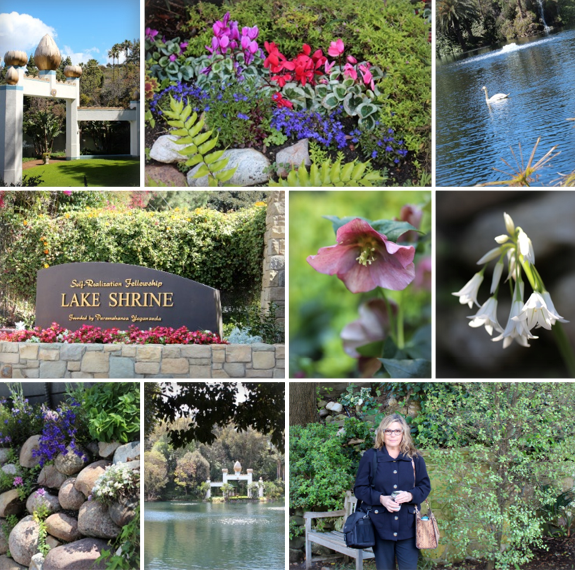 Rest in Peace, Ma. We will always love you… 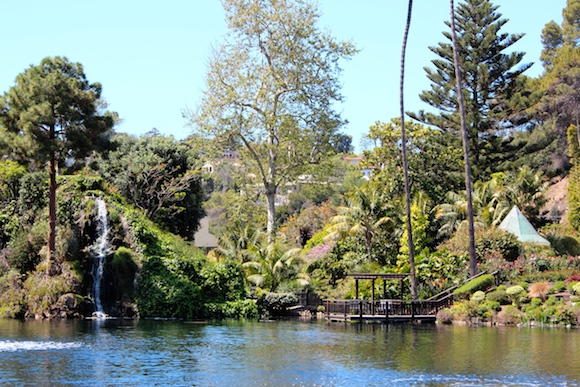 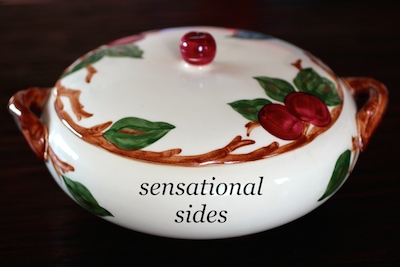 Sensational Sides is a season long franchise where Food Network editors team up with bloggers to share recipes about everyone’s favorite side dishes. Be sure to check out the Pinterest Board with over 100,000 followers called Let’s Pull Up A Chair! And if this Mom’s Vintage Potato Salad got you in the mood for all things sensational, you might enjoy taking a peek at other fantastic recipes from some fabulous bloggers below…