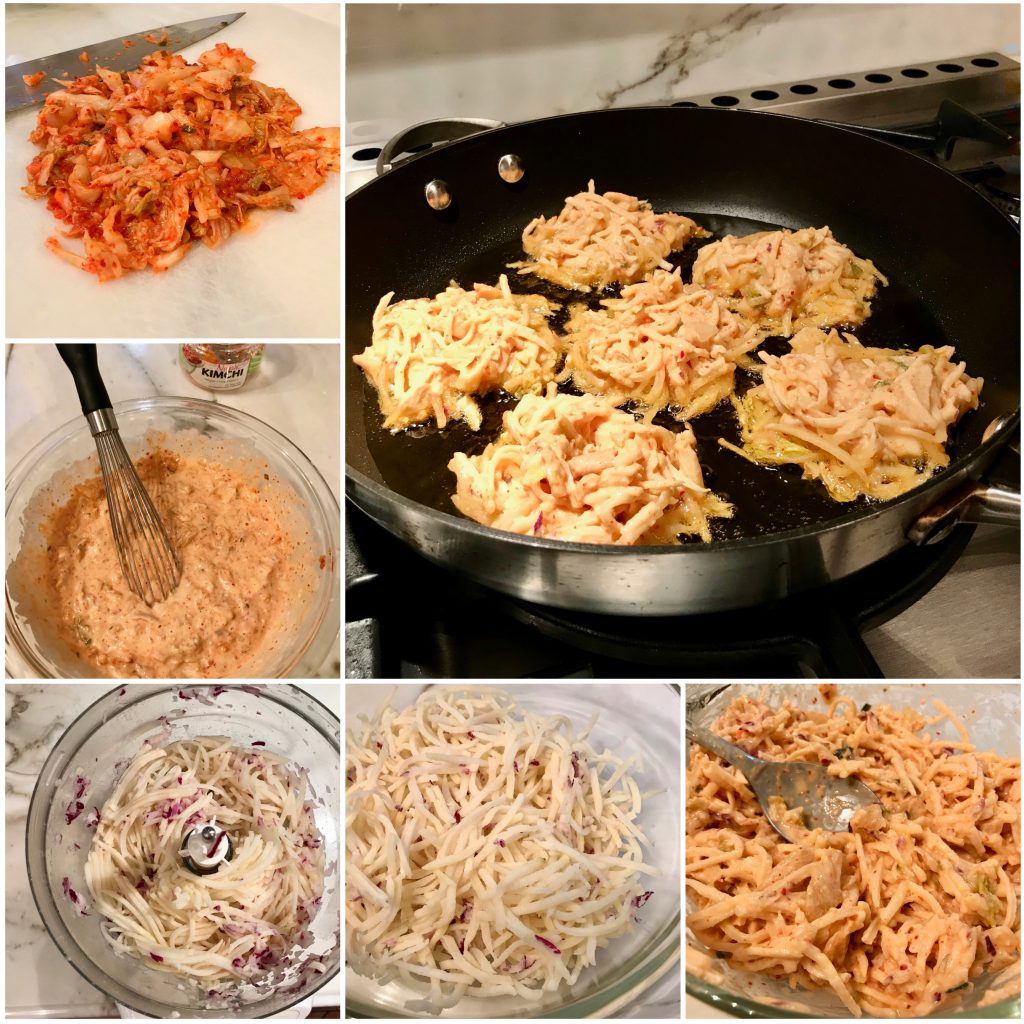 To make the batter, mix all the dry ingredients together in a medium-sized bowl. Whisk in the water. Add kimchi juice and whisk until the batter is completely blended and there are no lumps. Fold chopped kimchi into the batter. Yield is about three cups.

Grate one potato and 1/8 red onion in a food processor. Remove the potato from the food processor one handful at a time. Squeeze out as much moisture as possible by hand. Place each handful in a large bowl.

Mix one cup of batter with the squeezed-dry potato onion mixture.

The ratio is one cup of batter to one potato to 1/8 red onion. This makes about six latkes. 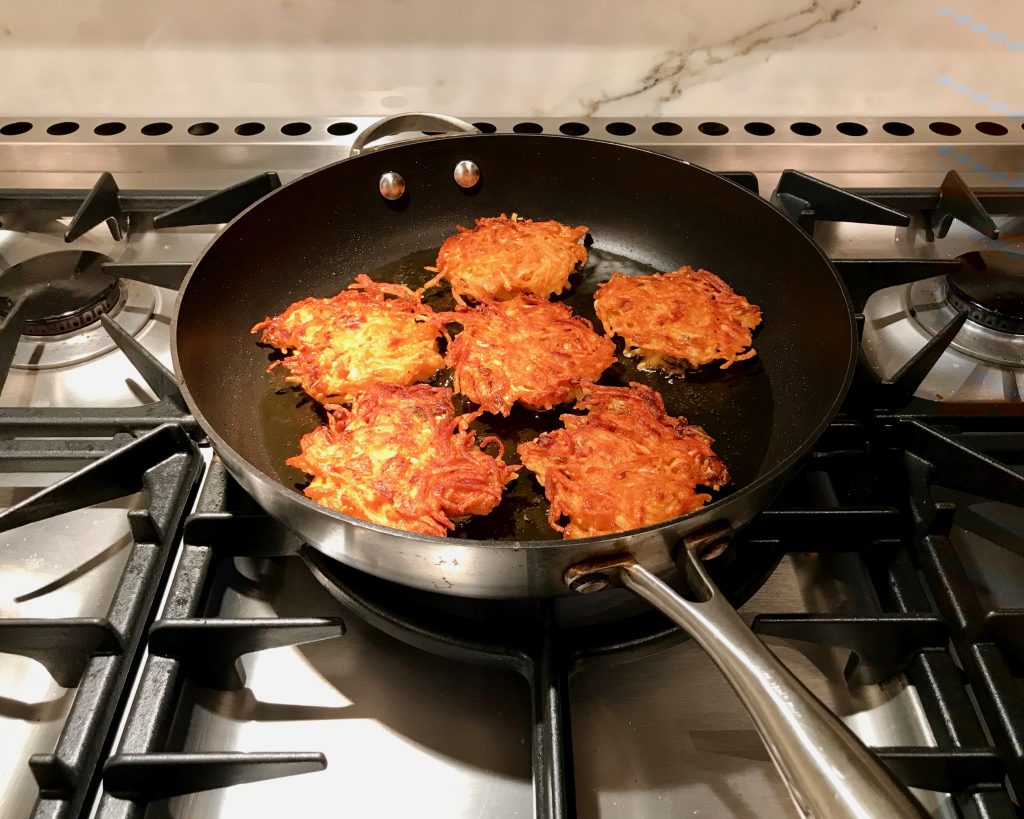 To Make the Latkes

Heat a large sauté pan over high heat. Add 1/2 olive oil 1/2 grapeseed oil mixture to generously cover the bottom of the pan. When oil is hot, add mounds of the potato kimchi mixture. Don’t compact the batter or press down on the latkes (but don’t make them too thick either). Turn the heat to medium-high. When the bottom of each latke is nicely browned, flip and brown the other side.

Adjust heat as necessary to get the outside a nice crispy golden brown while giving the interior a chance to cook all the way through (this is important). Drain on paper towels. Serve hot.

Garnish with all the above. 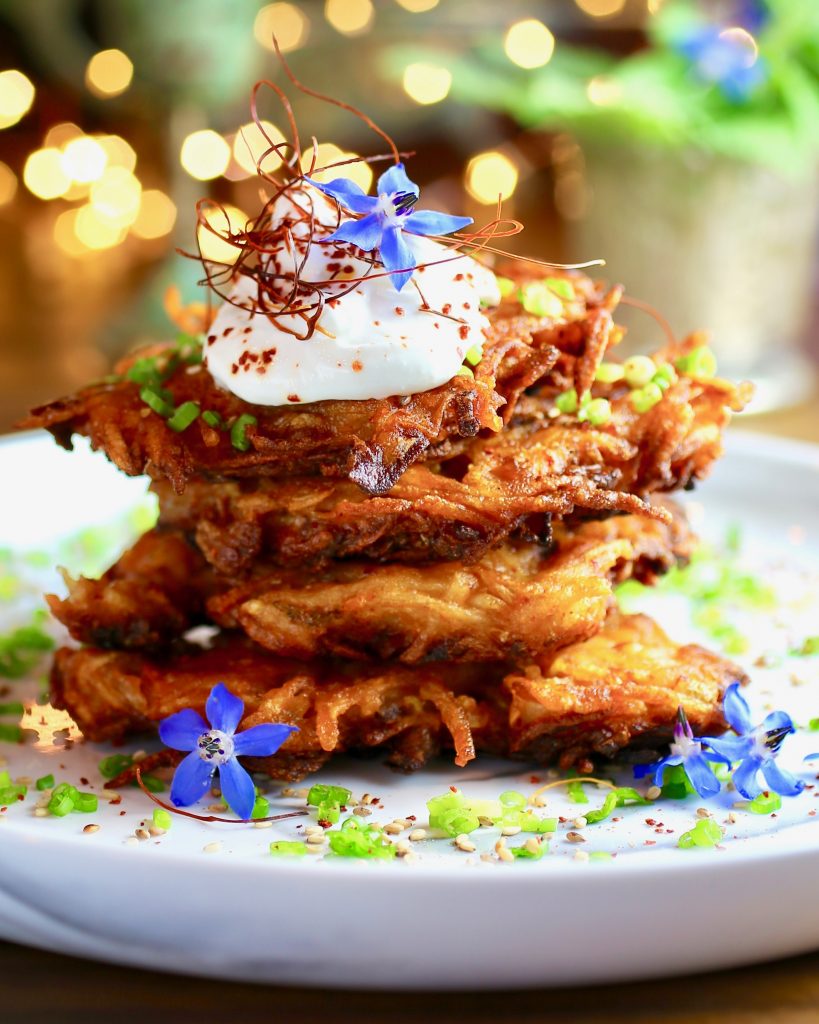 Sending our warmest wishes to you at Hanukkah.
May you be blessed with joy, good health, and peace.

Past Hanukkah Latkes Recipes along with Some Personal Stories

Our Family’s Brisket Recipe (presented by my nephew)

How to Make the Fluffiest, Most Delicious Matzoh Balls