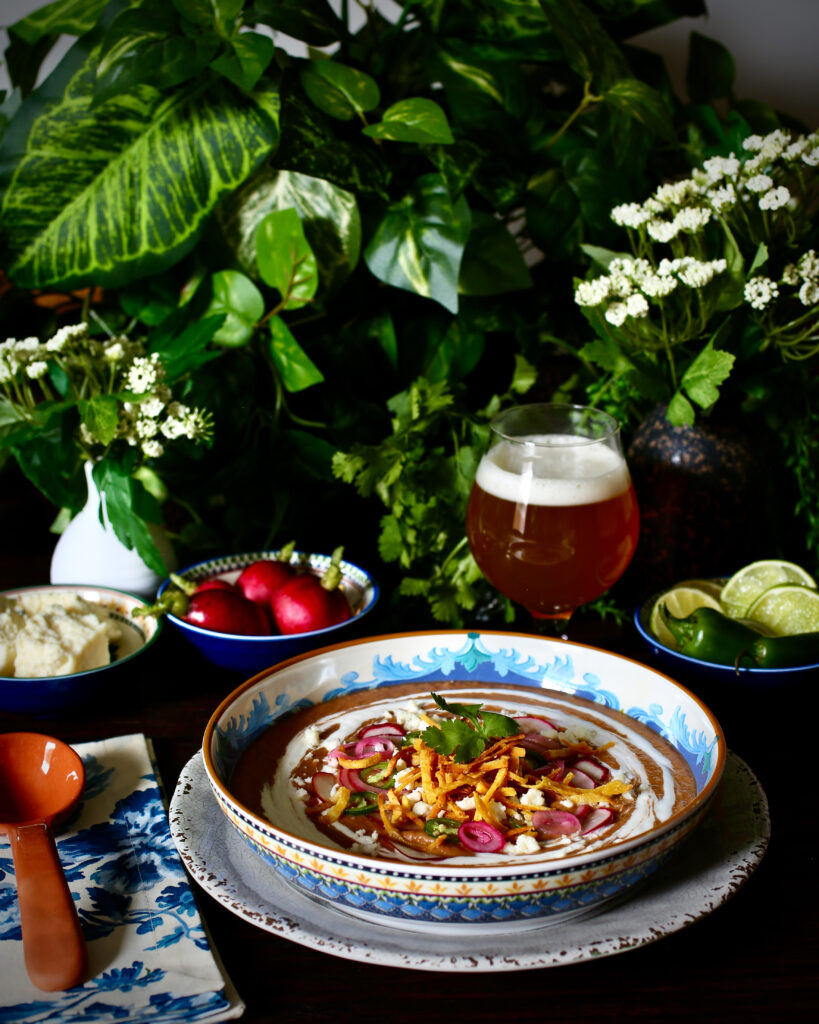 We served Frijoles Borrachos smothered in melted Oaxaca cheese with a side of warm flour tortillas the other night. It is an uncomplicated, tasty first course/side dish that appeals to almost everyone. But if I am going to cook dried beans, I am going to make plenty, as they take hours to soak and cook. Might as well make enough for other delicious dishes.

This time I turned the remaining pinto beans into a Drunken Beans Soup. The idea is similar to frijoles borrachos with beer as a key ingredient, but the beans are simmered with vegetables and spices then puréed to a coarse soupy texture.

The soup itself is quite delicious, but it is the garnishes that take it to another intoxicating level – Mexican crema, radish, pickled red onion, serrano chile, fried tortilla strips, cotija cheese, lime juice, and cilantro. 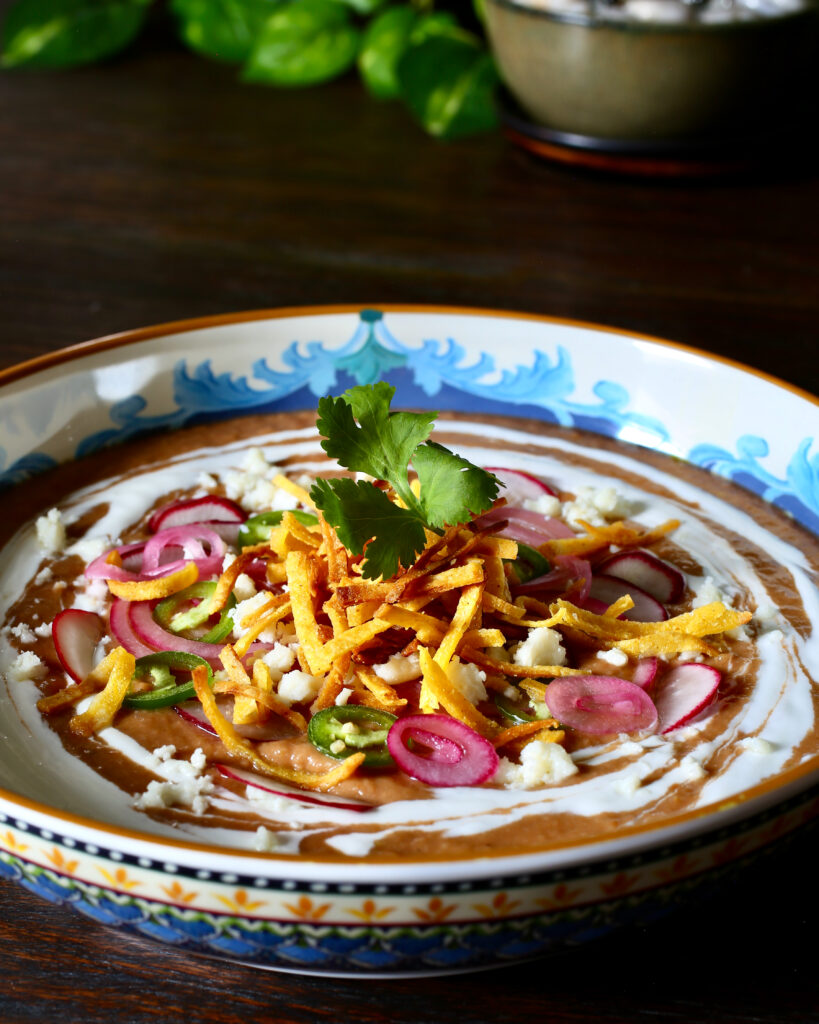 Heat olive oil in a soup pot over medium heat. Add onion and sauté until soft. Add jalapeño and garlic and cook for a few more minutes. Add cumin, oregano, and cayenne. Cook for one more minute while stirring frequently.

Let soup cool slightly. Use an immersion blender to blend to a coarse purée texture. Add vegetable broth if soup is too thick. Taste for salt. 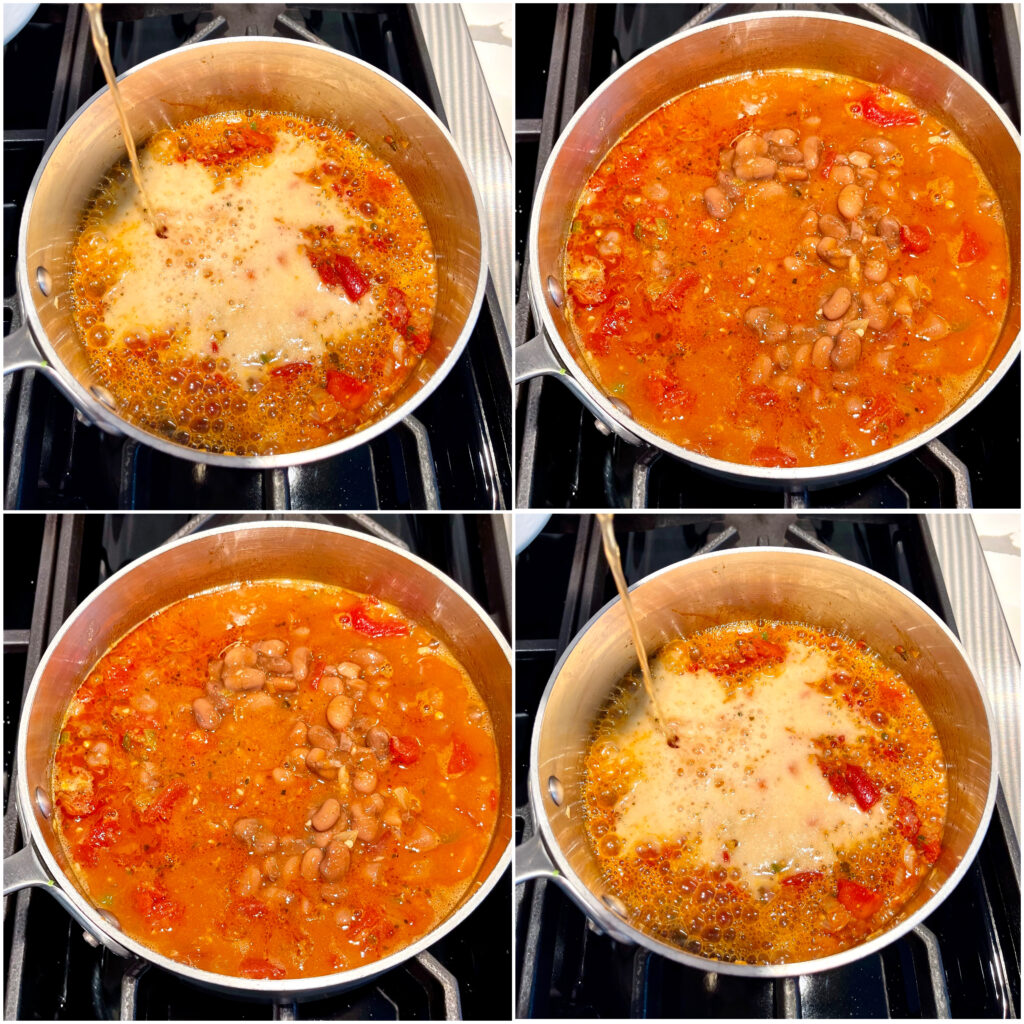 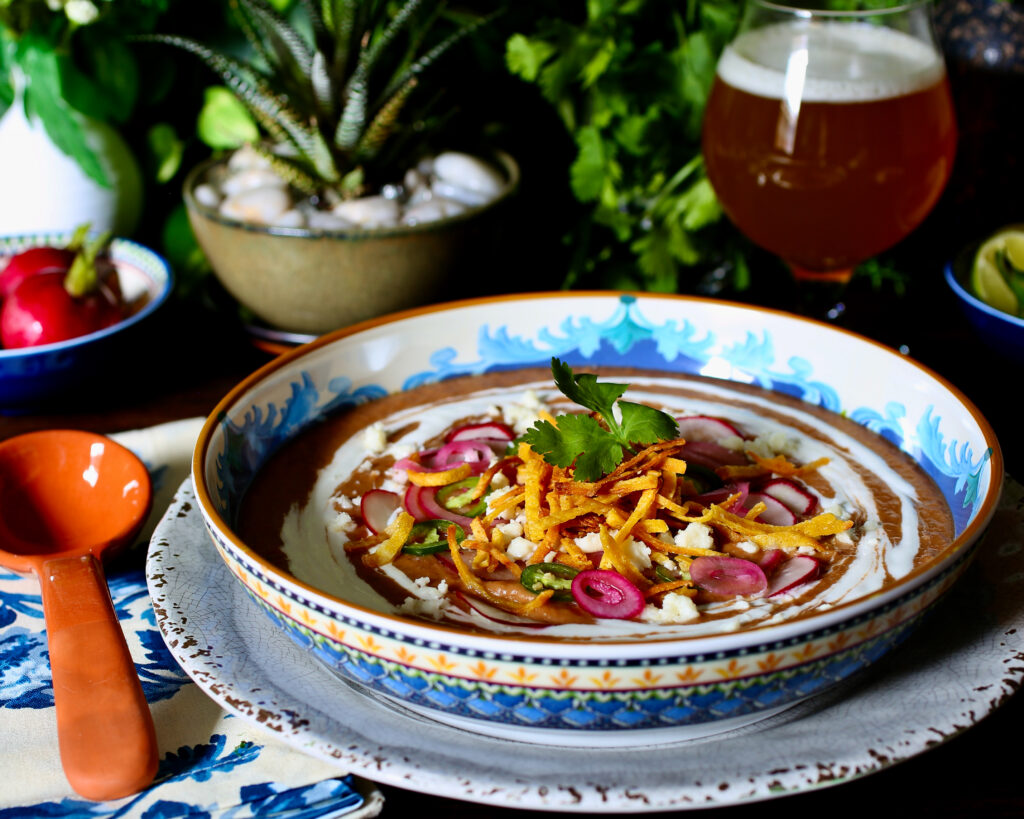 Ladle hot soup into wide shallow bowls. Drizzle crema around the perimeter. Arrange radish slices, serrano slices and onion slices in the middle. Sprinkle soup with cotija cheese. Stack tortilla strips in the center. Garnish with cilantro leaves. Serve extra chopped cilantro and limes for squeezing on the side.

Enjoy with a cold Mexican beer.