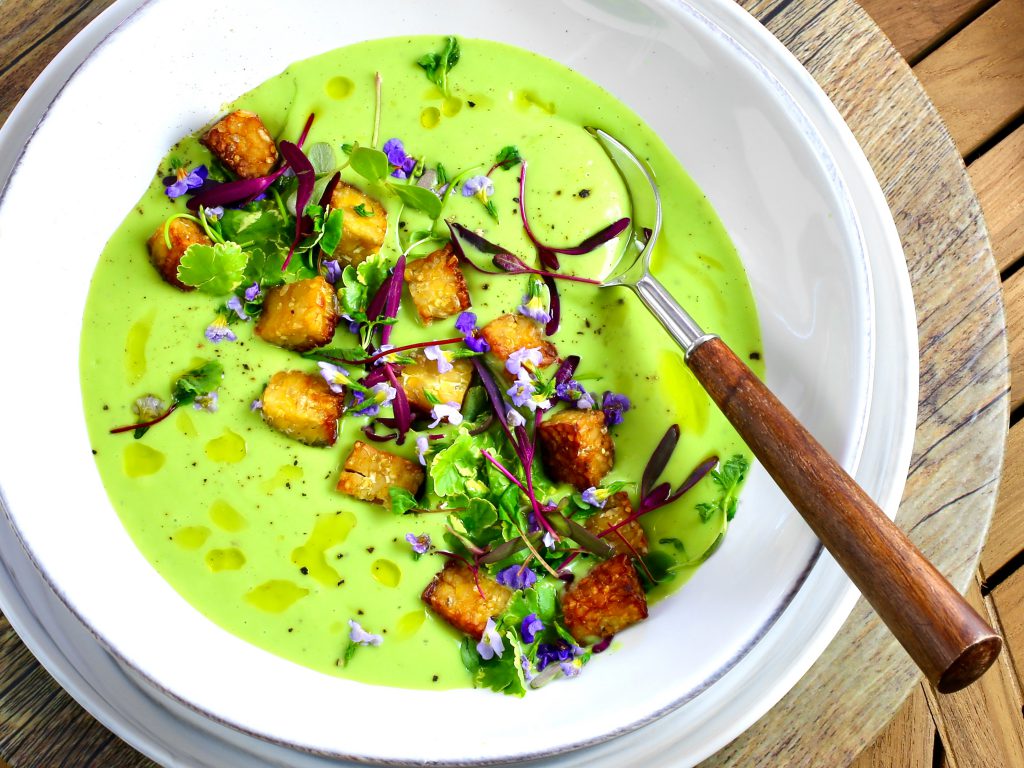 I’ve got a corned beef brisket cooking on the stove top right now, but that won’t be ready in time to share with you for St. Patrick’s Day dinner. I do, however, have a gorgeous striking spring-green soup here.

It’s vibrant and velvety and vegan. It screams of springtime with its verdant color and micro purple princess flowers which have a delicate texture and mild green pepper flavor. Tempeh croutons add just the right amount of crunch and earthiness.

This Broccoli and White Bean Soup is hearty enough to be served as a satisfying lunchtime meal, one that is healthy and happy… chock-full of protein, veggies, and fiber.