with a smoked duck broth 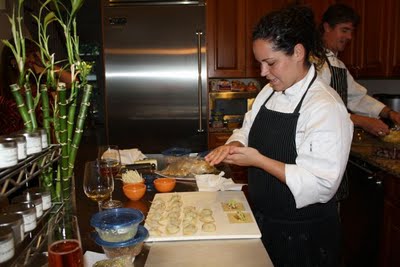 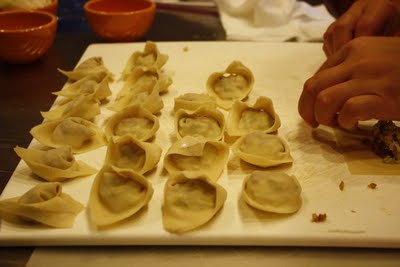 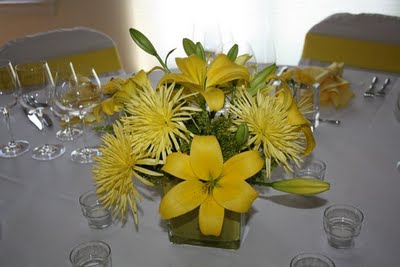 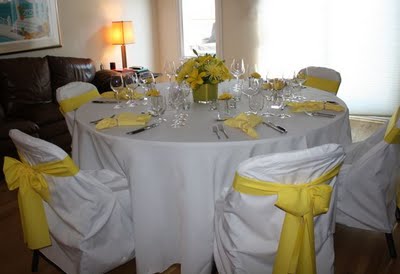 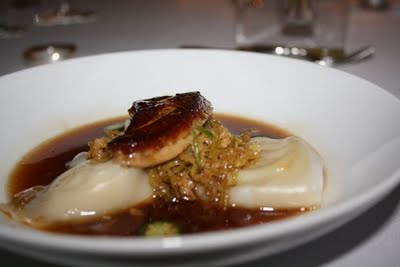 How This Amazing Evening Came About… 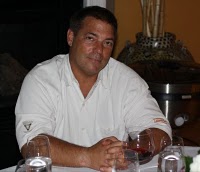 You may remember me writing about the over-the-top birthday present from my brother, Don, and sister-in-law, Kristy, last year, Guest-Chef-For-The-Day in Charlie Trotter’s kitchen? So this year, my generous little brother, always outdoing himself, bid on having Top Chef Stephanie Izard come to their home to cook dinner for six people for my birthday present. It would be the three of us plus three guests of my choice. The silent auction benefits my nephew’s school, North Park Elementary School. The gift also included a Top Chef chef’s coat and cookbook. How cool is that? Thank you, love you! 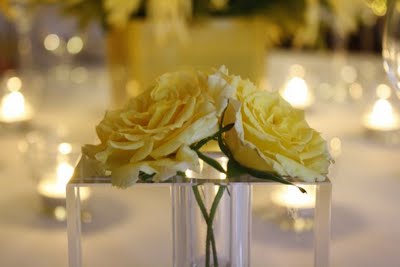 That morning Stephanie and her Sous Chef Dave shopped at the Farmers’ Market, then they spent the day smoking the duck and goat, and prepping the meal. They arrived at Don & Kristy’s home carrying a huge cooler filled with all the ingredients to make one extraordinary dinner!
smoked goat with potato gnocchi 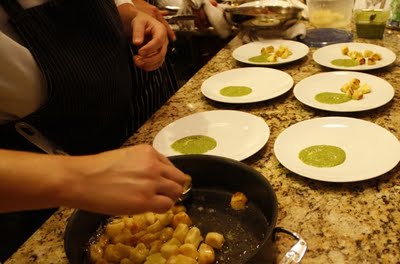 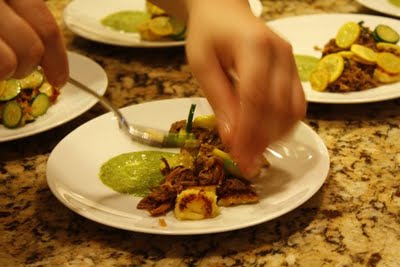 In Her Own Words
Experience
In Chicago, my restaurant Scylla and before that sous chef at La Tache, roundsman at Spring, line cook at Vong. In Phoenix, line cook at Christopher’s Fermier Brasserie and other restaurants. In 2008 I was the winner of Bravo’s Top Chef.
Hometown
Born in Evanston, IL but grew up in Stamford, CT.
Education
University of Michigan, with a degree in Sociology, then headed to Arizona, where I attended the Scottsdale Culinary Institute in Arizona.
Chicago Love
In a very spur of the moment decision, I decided to just pack up and move to Chicago nine years ago from Phoenix. It is such a great food town, with a wonderful community of chefs. I plan on staying here for a long time.
The Drunken Goat
It’s definitely going to be representative of my style. There will be a lot of seafood, definitely a lot of pork products and some fun flavor combinations going on. I will take comfort-style foods and just bring them that one step further. It’s going to be a lot of tasty food.
(from Stephanie Izard.com) 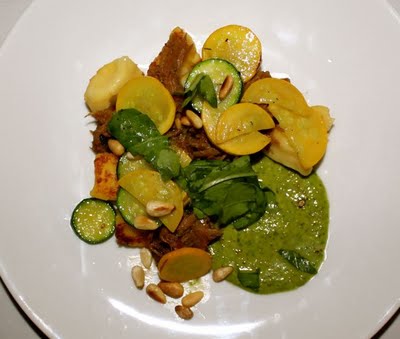 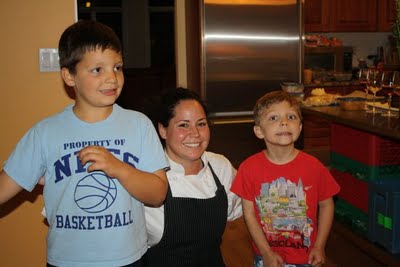 Stephanie’s food is amazing, unique, delicious. We were all so impressed with her fresh, interesting and bold combination of ingredients. The dishes were very creative, yet balanced and harmonious. Stephanie and Dave themselves made the evening even more memorable. They were gracious, easy-going, good-humored, unpretentious, and a lot of fun! 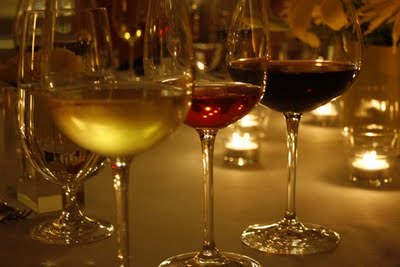 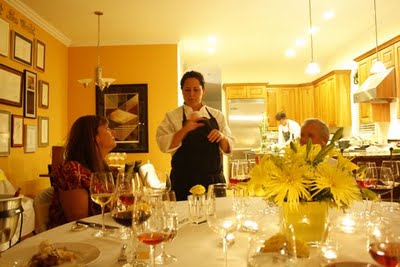 Stephanie describes each dish after it is served.
seared miso marinated lamb
with market potatoes and blackberry gastrique 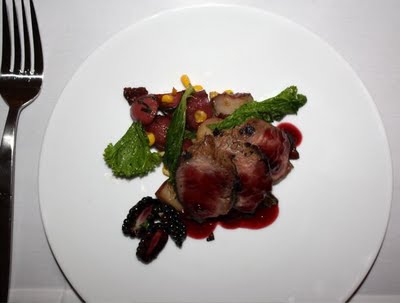 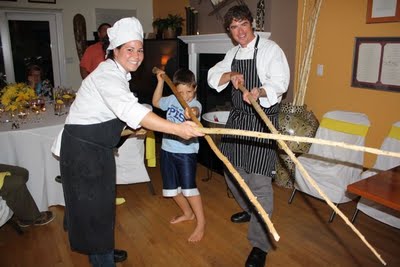 Stephanie and Dave are such good-sports! Taking a break from cooking to play with Stone. If it were still light out, I bet they would have been shooting hoops in the alley too!
grilled bison strip steak
with smokey blue and sweet onion panzanella 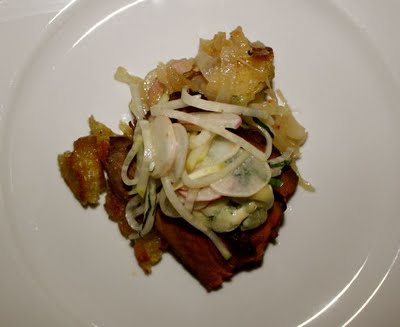 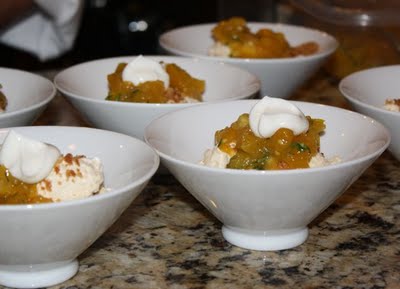 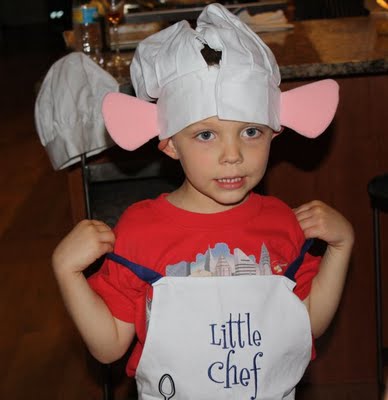 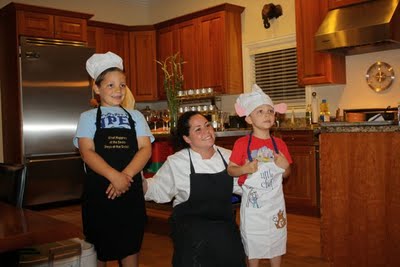 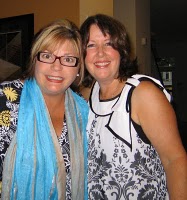 My dear friend Peggy and I met in college. We are Alpha Phi sorority sisters. After graduating from the University of Illinois Urbana Champaign in 1977 we moved to Aspen, Colorado to put our college degrees to good use, we were ski bums. There we worked in restaurants cooking, bartending, and waitressing. Life was great, a free ski pass included.
Since Peggy and her husband, John, live in Chicago, it was a special treat to invite them to the Top Chef dinner. It was also a pleasure to invite Kristy’s sister,Wendy, who was visiting from Arizona. 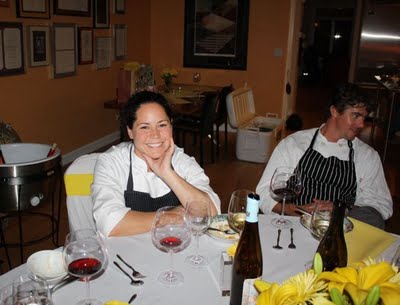 Stephanie Izard’s new Chicago restaurant, The Drunken Goat, will be opening in the West Loop in February. Her site “Stephanie Izard,”  is in the midst of being redone right now but there is some content available, including some awesome recipes. Definitely keep checking back.
To my Blogger Friends in the Chicago area:
How about we finally get together and plan a dinner at The Drunken Goat in early April? I will be in town for Passover. It would be so great to meet in person. Let’s go visit Stephanie! If you are interested, please leave a comment here, and we will make some plans come March, OK?
Dear Stephanie:
Thank you so much for the outstanding meal
and best wishes for continued success!
Don, Kristy, Peggy, John, Wendy, Stone, Jett and I
are your biggest fans!