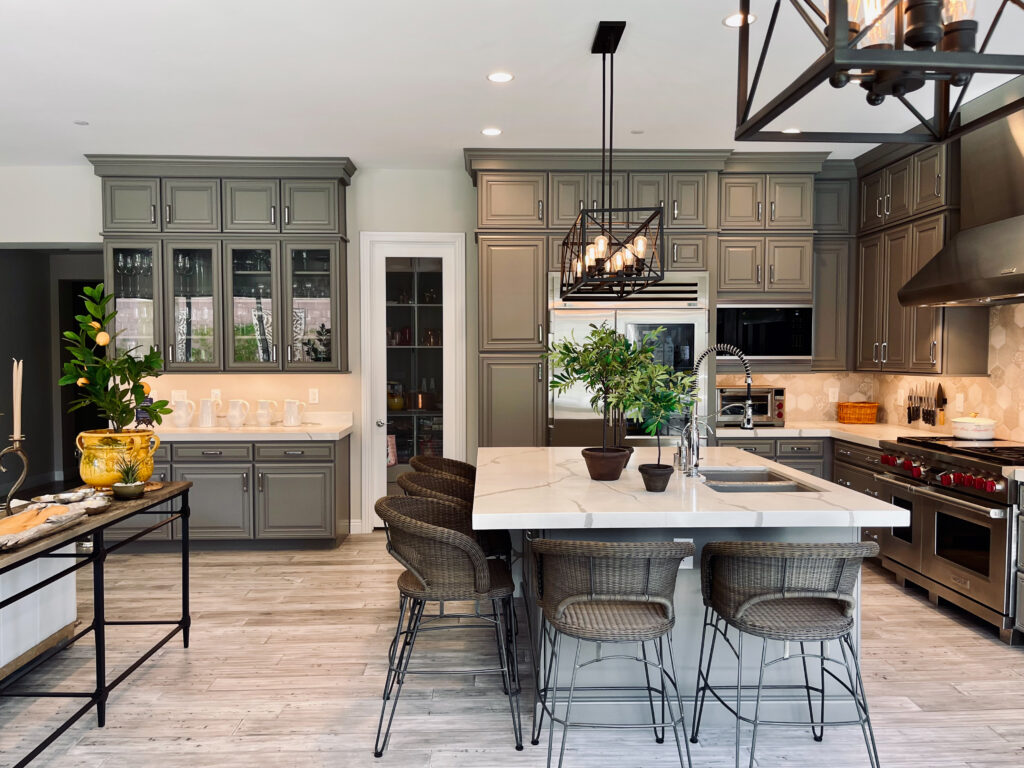 The Room Where It Happens (my kitchen)

from Hamilton the Musical

A picture of my Boston Terrier “Oscar Goodman” posted on Facebook while he was hanging out in the pantry evoked some cute comments and questions about my Las Vegas kitchen… so I decided to share the whole enchilada here on Taste With The Eyes.

My house was built in 2018 on what, not so long ago, was a piece of dirt in the Mojave Desert. Now it is a wonderful thriving community called Inspirada, one of the top-rated master-planned communities in the country. As a bonus, Sloan Canyon National Conservation Area is an easy walk from my front door. And The Strip is a mere 21 minute drive away… It’s the best of all worlds.

Here’s Where The Sausage Gets Made

END_OF_DOCUMENT_TOKEN_TO_BE_REPLACED 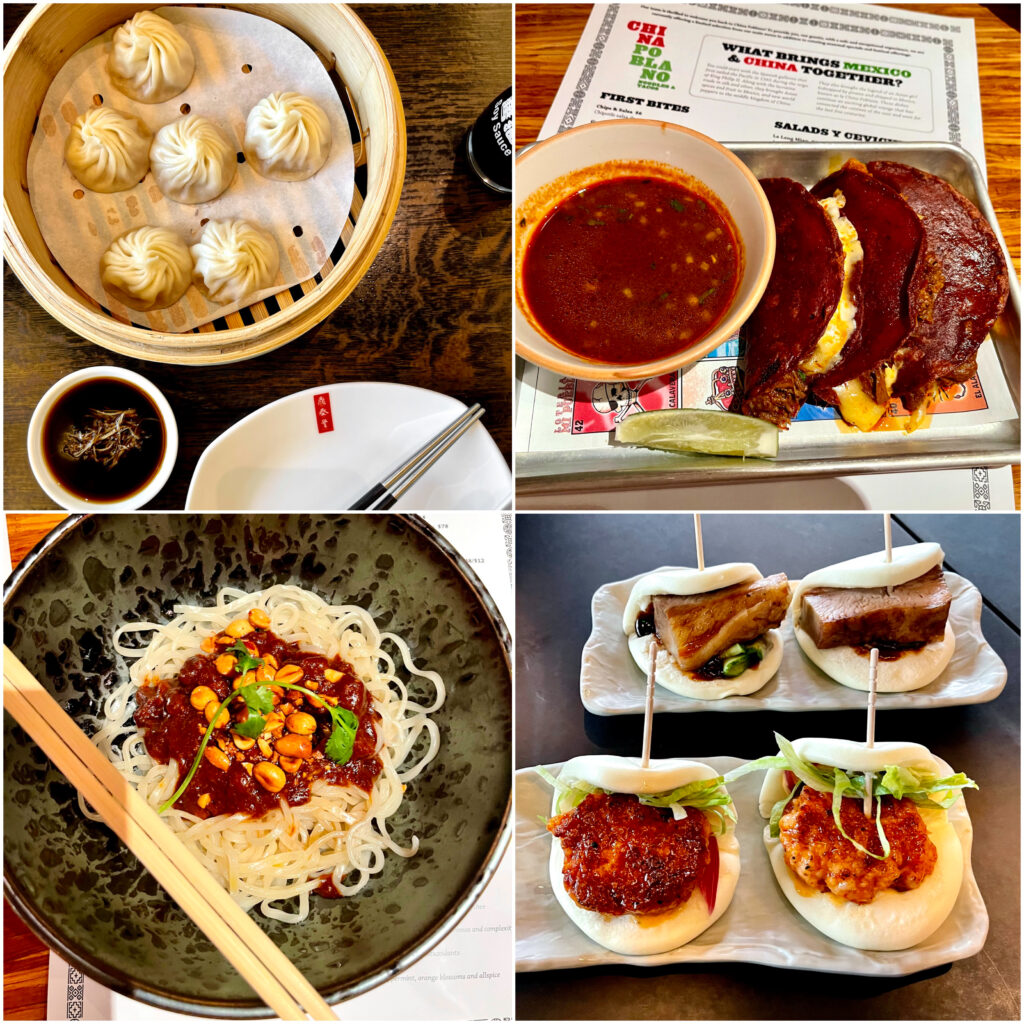 3 Restaurants on the Vegas Strip in 3 Hours

We were looking to graze on The Strip, to try lots of dishes in a fun and relaxed manner.  We were looking for inspired original innovative tastes, famous chefs, trendsetting ambiance, within walking distance of each other, menus that would fit harmoniously with each other, with items that we could all share. (And they had to be open for lunch, as many high-end restaurants are not).

Turns out we chose 3 very different and exciting restaurants with mostly Asian fare: Momofuku by David Chang with a menu that draws influence from the US, Korea, and Japan. China Poblano by José Andrés with dishes encompassing a global voyage that has connected the cuisines of the East and West. And the new Din Tai Fung, a world-renowned Taiwanese restaurant that specializes in soup dumplings and noodles.

END_OF_DOCUMENT_TOKEN_TO_BE_REPLACED

Last weekend my brother Don and nephew Stone came to town to watch the Chicago Bears play the Las Vegas Raiders at Allegiant Stadium. With the super popularity of Nashville Hot Chicken in Vegas, we thought it would be fun to do a “hot chicken tasting” the day before the game.

We chose 5 popular restaurants off The Strip that serve Nashville Hot Chicken, all on the south end of Las Vegas. We ordered one sandwich, with a side, to split between the three of us. If there was a choice of degree of spiciness, we chose the medium spice to be consistent.

The sandwich was rated on a scale of 1 to 10 in five different categories: chicken, spices, bun, presentation, and toppings. At the end, we reviewed our ratings and we each gave the sandwiches an overall ranking.

“If fried chicken lore is to be believed, Nashville hot chicken was created by a woman scorned. Sometime in the 1930s, there was a handsome man named Thornton Prince III living in Nashville. To put it in polite terms, Thornton was…active…on the dating scene — so active in fact that one of his girlfriends decided to seek revenge on his two-timing ways by cooking him some fried chicken with a little too much of a kick to it. The plan backfired; Thornton loved the chicken. And thus, Nashville hot chicken was born.” (from Eater Las Vegas)

END_OF_DOCUMENT_TOKEN_TO_BE_REPLACED 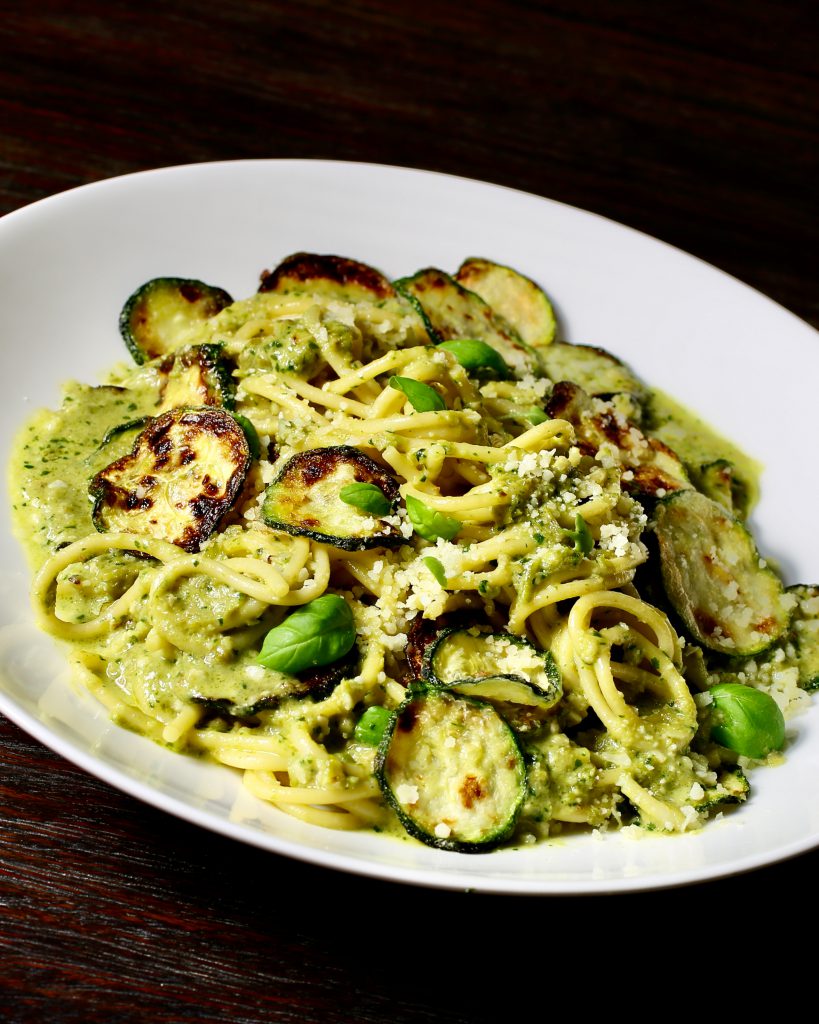 Bobby Flay’s stellar new restaurant at Caesars Palace is where he brings flavors of the Amalfi Coast to the Las Vegas Strip.

We had an absolutely delightful meal there recently…and would have tried even more fabulous dishes if we had room. Our server informed us that the Spaghetti Zucchine is one of the most popular pastas at the restaurant. The Chef wrote on Instagram that it has become the most requested pasta dish at his house.

Unable to fit in another pasta that night (we had the Caramelle and Pasta Rags, both excellent), I just had to try the Spaghetti Zucchine at home.

END_OF_DOCUMENT_TOKEN_TO_BE_REPLACED 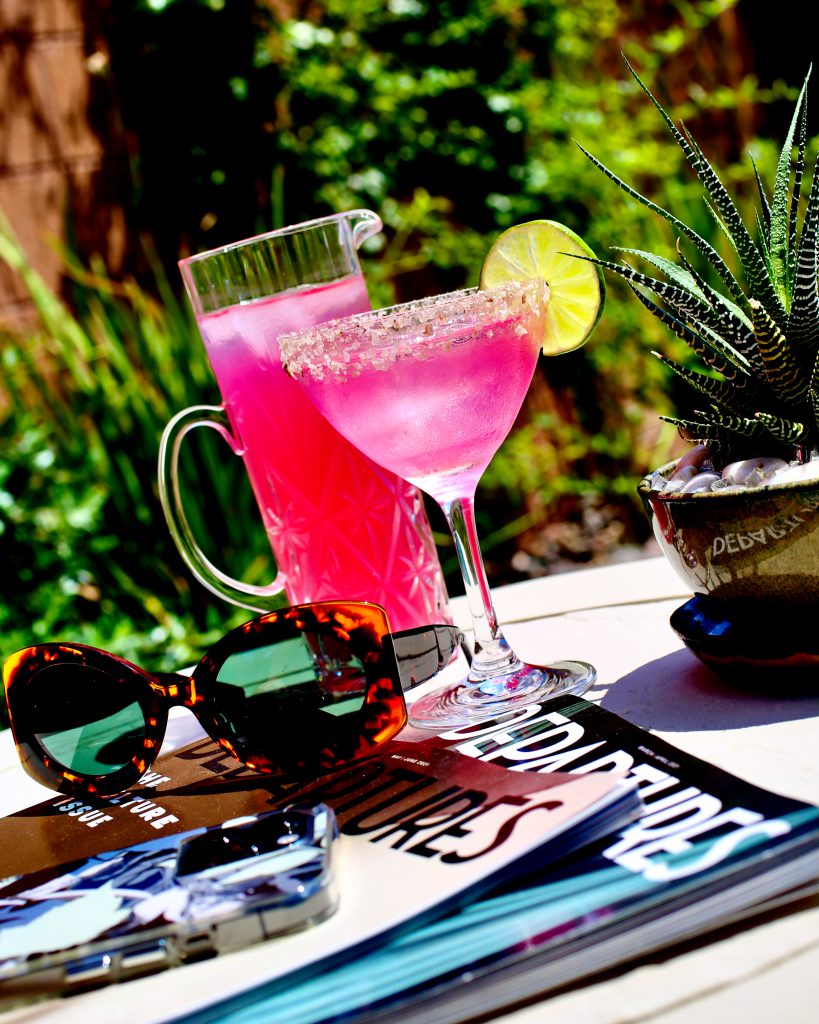 Kick back and relax poolside under the bright Vegas skies while sipping on a Fabulous Vegas-Style Margarita. Groove to the smooth sounds of crooners Dean Martin and Frank Sinatra. Enjoy dinner crafted by one of the dozens of celebrity chefs, take in a show. Later in the evening, cruise the casinos and let Luck Be A Lady Tonight! 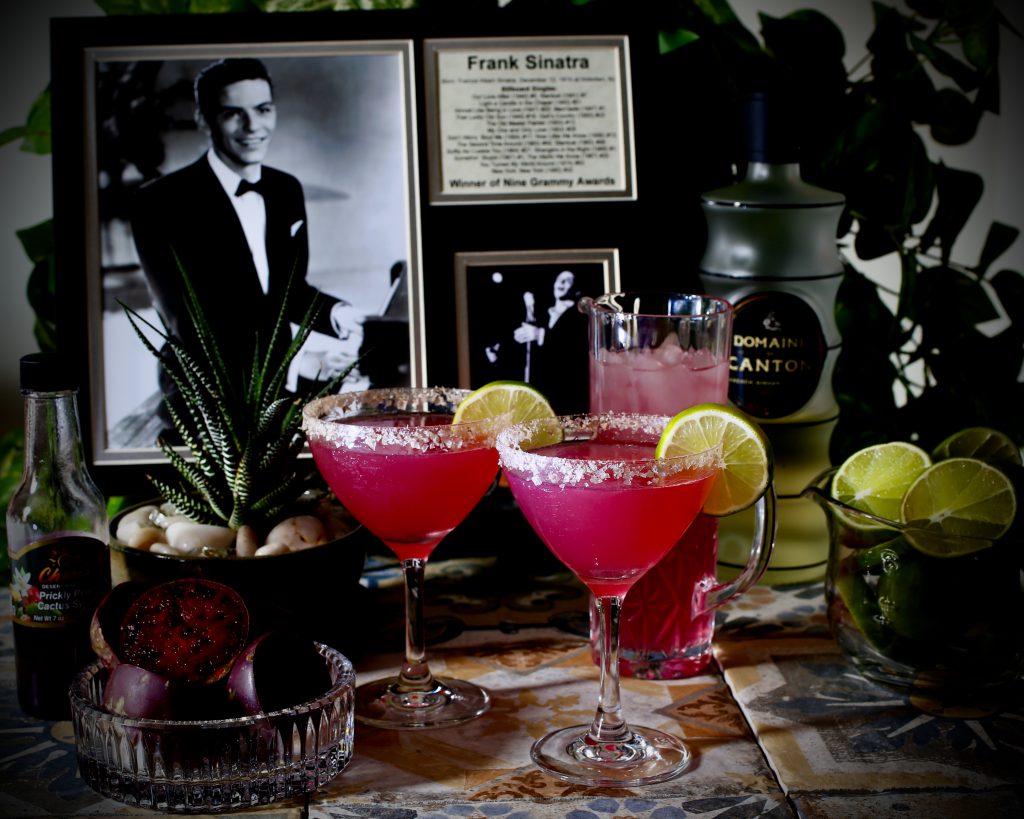 My original Poolside Signature Cocktail is the marriage of a Ginger Margarita and a Prickly Pear Margarita. 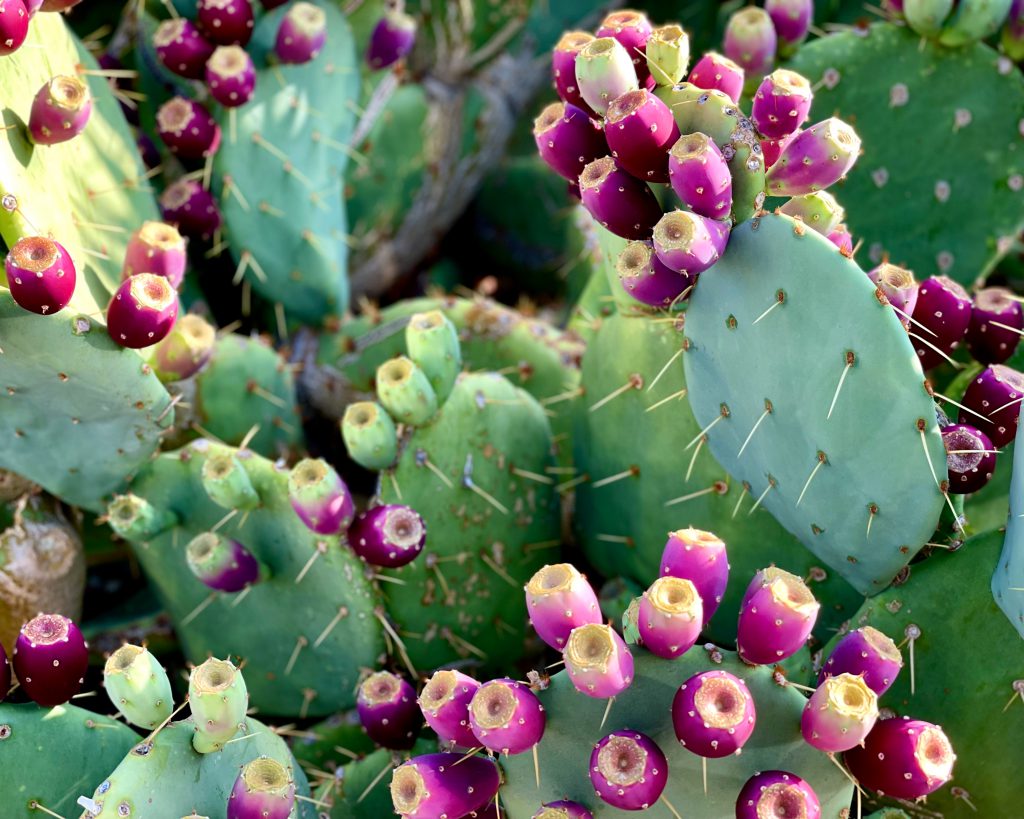 Tequila, orange liqueur, lime, and salt are all it takes to make the perfect classic margarita… but substitute Domaine de Canton ginger liqueur for the usual Triple Sec or Cointreau and add an ounce of the fabulous desert-born, magenta-hued prickly pear cactus syrup…and Viva Las Vegas My Friends!